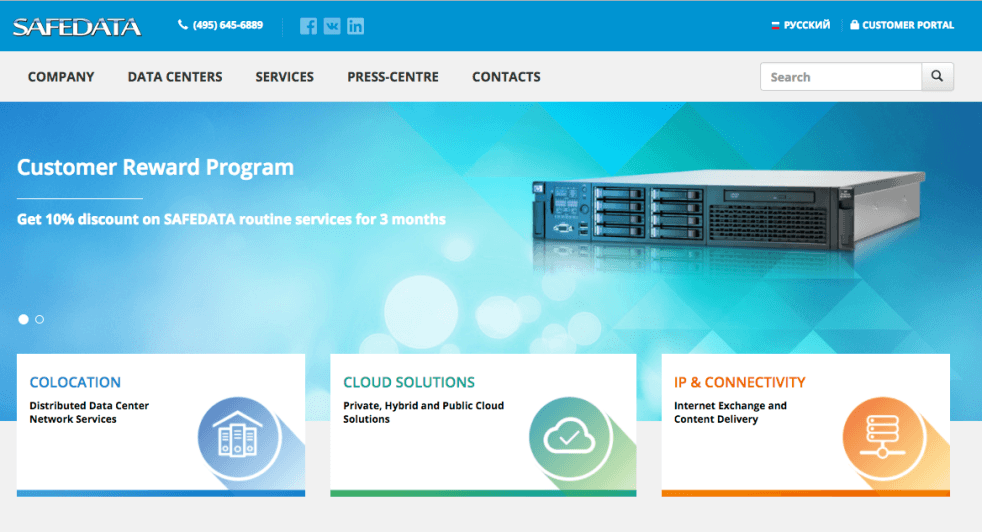 Rostelecom has said the business fits with its overall strategy and that SafeData is uniquely positioned as the only player in the market to combine data processing centers, traffic exchange (IX) and content delivery (CDN) into its business.

"This acquisition will allow us to present our clients with an integrated offering and make us the market leader in providing data services," said Sergey Kalugin, President of Rostelecom, said in January. That is when the company purchased a controlling 50.1% stake in SafeData. Prior to that, it had held a 5.4 stake since 2015.

The acquisition strengthens the company’s position in the data center market, as Rostelecom will become Russia’s second largest provider with a 12% consolidated market share following the acquisition.

Rostelecom has said that the volume of information being stored globally is increasing exponentially and is driving growth in the data storage and distribution market. The Russian market has also seen an increase in cloud service computing capacity, and growing complexity in telecom operations, as well as increasing demand for reliable and timely delivery of digital content. A law that requires companies to store data on Russian users within the Russian Federation also made the SafeData business attractive.

“Acquiring a majority share in SafeData will enable Rostelecom to strengthen its presence on the data centre market and establish a leading position in the exchange points and content delivery segments. As a result of the deal, Rostelecom will quickly build up national-scale operations in the content storage and distribution market. The level of growth and promise offered by the marketplace makes its entry a logical step for Rostelecom," said Kalugin of Rostelecom.

Rostelecom buys remaining stake in SafeData for €32.7 million
Comments
Follow the developments in the technology world. What would you like us to deliver to you?
All