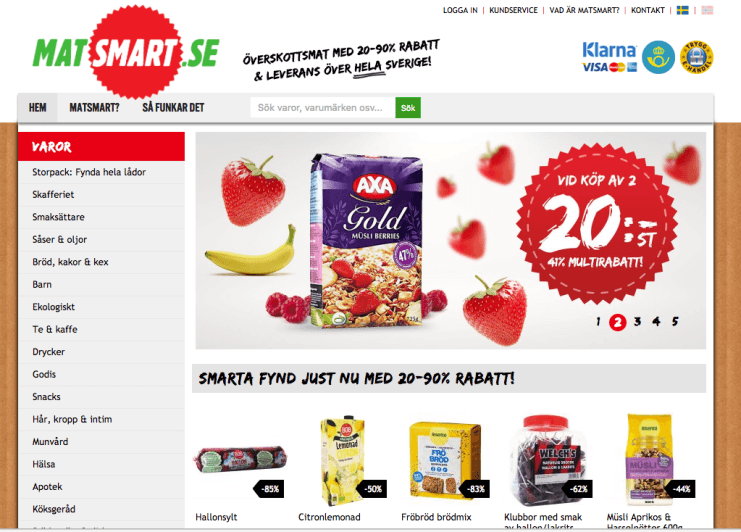 In late 2015, the company raised about €3 million led by North Zone, GP Bullhound, and Edasta Venture. The company's current valuation is about €25 million.

"We had intended to raise a smaller round of 20 million SEK (€2 million), but interest was so great and we had interesting investors who wanted to join us," Karl Andersson, CEO and co-founder of Matsmart.se, told Breakit.

Matsmart.se aims to minimize food waste. The company buys up large quantities of products that are soon-to-expire or that would be discarded for cosmetic reasons, and sells the products online well below normal retail prices.

The company has increased its sales significantly in recent years. It went from sales of about €250,000 in 2014 to €2.6 million last year. This year's turnover is expected to reach nearly €7 million, the company said.

Swedish marketplace for soon-to-expire groceries Matsmart.se takes in €3.7 million
Comments
Follow the developments in the technology world. What would you like us to deliver to you?
All

NEXT
British-American startup Tray.io raises $5 million to link apps in the cloud
Tray.io, a "next generation cloud integration provider," has raised $5 million in a Series A…
Shaheen Samavati