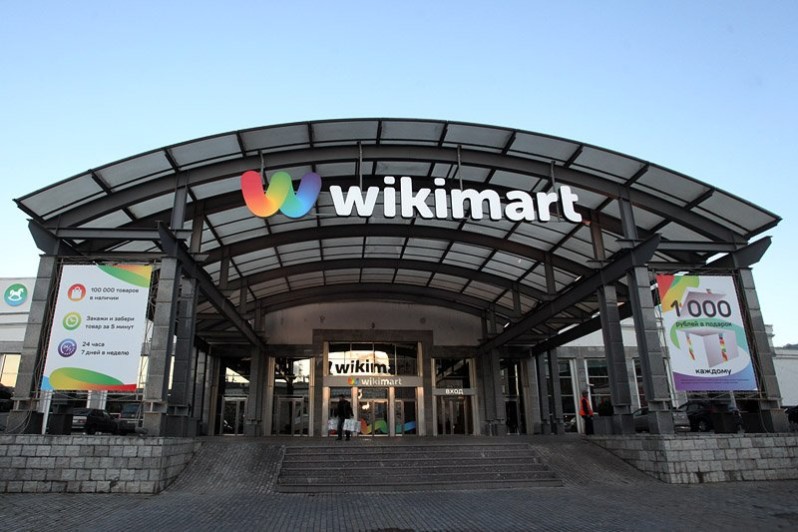 **Editor’s note:** _This post from East-West Digital News was syndicated with permission._

Last month, the Russian B2C e-commerce marketplace Wikimart shut down, putting an end to a long agony. Launched in 2008 by Stanford graduates Maxim Faldin and Kamil Kurmakaev, Wikimart had the initial ambition to create a Russian analog of eBay.

The project was heavily funded by Western investors, with Tiger Global Management, investing some $30 million in total in 2010, 2011 and 2012. Business angels Fabrice Grinda, Chris Herndon and Jonty Kelt also backed the startup at an earlier stage, in 2009.

This failure was directly related to the international political climate, claimed Faldin at that time:

“Goncharov was a minority shareholder with 15%, while Tiger had about 50%, and they were actually leading the development strategy. It was necessary to develop the business, to invest in it. (…) In July we agreed on everything – but the Boeing fell in the southeast of Ukraine and the world changed. Only 12 hours after the fall of the Boeing, I had a conference call with New York and they said: ‘We can no longer fund the company, do whatever you want.’ We sat for two months without money and with wage arrears.”

“Then, when I arrived in October to New York, I learned that Tiger Global was raising a huge investment round, and their main investors were representatives of the Republican Party. It all became clear. On the same day, they clinched a $1 billion deal in India.”

There was no plot against doing any business with Russia, though: “It was rather a question of the business environment: somewhere at a cocktail party someone said something. You’re not going to risk rounds worth billions in order to invest an additional $15 million in Russia, which then will bring you $50 million,” Faldin said.

Commercially, the company seemed to develop successfully in the first years on the young Russian e-commerce scene. With thousands of affiliated merchants, the platform’s turnover neared $130 million in 2013, according to data cited by Oborot.ru.

However, the company never broke even, although Faldin hoped this goal could be reached by the end of 2015. This situation is no exception on the Russian e-commerce scene.

In September 2014, Wikimart bought two retailers — Terminal.ru and Mallstreet.ru — to strengthen its offline presence in the regions and use Terminal.ru’s warehousing.

Thus the company inherited a number of offline points of sales — but these were “all terribly unprofitable,” conceded Faldin, who soon after the acquisition was “thinking of what to do with them.”

In the autumn of 2015, Wikimart launched its first 24/7 offline warehouse stores in Moscow and Novosibirsk, which walked back from the twenty-four-hour service in early 2016. Simultaneously, the company built a network of Wikimart’s pickup points called “Wikimart express.”

Meanwhile, Wikimart began developing sales under its own brand, in addition to its traditional marketplace function. The company pivoted even further, announcing its new positioning as an “online commercial and entertainment center.”

In the spring of 2015, to implement the new strategy, the company hired a new general manager, Andrey Klenin, a former executive from leading Russian e-commerce company Ulmart. Faldin kept a seat on the board of directors.

The new strategy did not work well, however, with several key executives leaving the company in 2015 and serious financial issues appearing in 2016. Soon after Finprombank went bankrupt in September 2016, Wikimart stopped paying salaries in time.

On December 16, Faldin told unpleasant truths to Wikimart’s employees on his Facebook page. According to him, Wikimart practically did not exist anymore:

“After almost a two-year break, I have spent two days at the company. Majority shareholders abandoned it. The company does not have assets to save and competencies to preserve. Twenty months of my absence have allowed the “professional” top managers to kill the company using the money of rich oligarchs. They have spent (in rubles) twice (!) more than we, Kamil Kurmakaev and I, spent since the company’s inception in 2008 till August 2014. And EVERYTHING has been lost or stolen — mostly lost.”

As a matter of fact, the company’s offices in Moscow and several other cities shut down during the winter, while legal procedures revealed that Wikimart was in debt to suppliers, contractors, and landlords.

Even though the company is not formally bankrupt today, Wikimart.ru has stopped all online activities, while its central office has been sealed, reports Oborot.ru.

**The highs and lows of market leaders**

Wikimart is not the only Western-funded Russian e-commerce having experienced difficulties recently. Oktogo, an online travel agency which received nearly $40 million in total since 2010 from Mangrove (Luxembourg), Ventech (France), ABRT (Russia) and MCI (Poland), also went bankrupt earlier this year.

Ulmart, a St. Petersburg-based company with a pioneering online-offline concept, was Russia’s number one e-commerce company in 2015. That year, its total sales exceeded $1 billion, including almost $600 million in online sales. However, the company’s IPO ambitions have been made irrelevant by a disastrous shareholder dispute under both Russian and international jurisdictions, not to mention legal procedures initiated by dozens of creditors. Among Ulmart’s key shareholders is American-born businessman August Meyer. The Ulmart press service did not answer EWDN’s questions.

Exist.ru, an online retailer of car parts, was also affected by a shareholder conflict until this past spring. The company is now owned by one single shareholder, Evgeniya Nazorova, following a transaction which has valued the company at just $42 million, according to Kommersant. Exist was ranked number one e-commerce company in 2013.

Crippled by debts, Enter.ru, an online-offline network launched in 2011 under a $300 million investment plan, was at agony six months ago. After a seemingly successful start, the company was affected by the insolvency of its main shareholder Maxim Nogotkov among other factors. In March 2017 an unnamed Russian investor from the e-commerce industry pledged to rescue the company with a 300 million ruble investment (approximately $5 million) before the end of this year.

Fashion retailer Wildberries, which was the number one Russian e-commerce player last year, and Citilink.ru, which sells electronic devices, are currently regarded as being among the country’s most successful companies.

Ozon, one of the most established players in the industry, is not profitable yet, but its growth has continued amid the economic crisis over the past few years. The company has been supported by a $150 million capital injection in 2014.

Lamoda.ru, a Rocket Internet creature launched in 2011 (now part of the Global Fashion Group – GFG), made huge losses during the first years, but recently improved its financial performance. In 2016, the site’s sales grew by 39%, according to independent estimates.

On their side, offline retailers, both domestic and foreign ones, are investing massively in e-commerce. Thus IKEA recently launched online sales in Russia while Leroy Merlin opened a 100,000 sq. m. warehousing facility on the outskirts of Moscow – the largest retail distribution center in Russian history – to serve its fast-growing offline and online activity.

From international sanctions to mismanagement: How Wikimart.ru went bankrupt after raising dozens of millions from international investors
Comments
Follow the developments in the technology world. What would you like us to deliver to you?
All