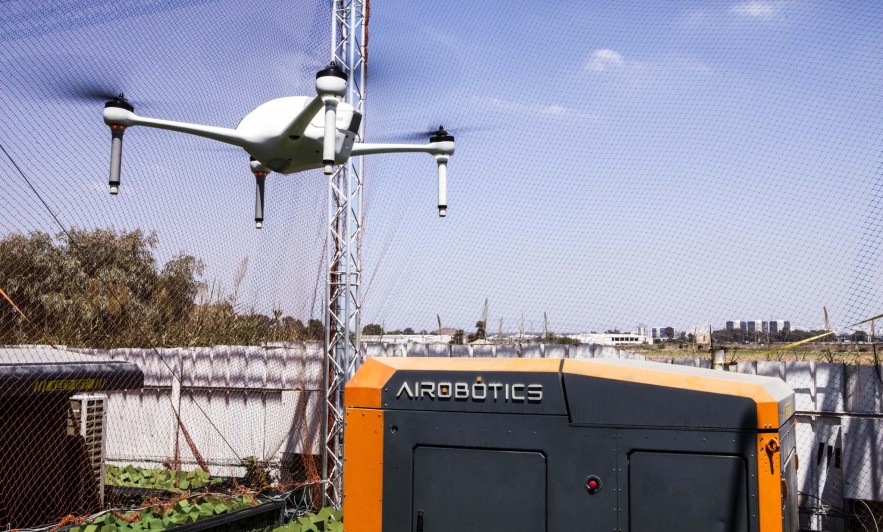 The company builds autonomous drones for industrial use cases including oil and gas refineries, mines, and seaports with full data collection and management features. The new funds will be used to further develop its business operations and expand into services for defence and homeland security operations as well as critical emergency services in cities.

“This fundraising enables us to continue to expand, within industrial facilities, and with our newly launched Defense division. Our next stop – automated drones in cities,” said Ran Krauss, CEO of Airobotics.

Airobotics has been granted a license by the Civil Aviation Authority of Israel (CAAI) to fly fully automated drones without a pilot.

The latest investment has been led by Sino fund BlueRun Ventures China with its executive director Jiajie Wu saying it will assist the company in finding opportunities in Asia.

“e believe Airobotics will see substantial opportunities in Asia, which is one of the world’s largest industrial markets,” said Wu in a statement.

Israeli industrial drone maker Airobotics raises $32.5 million Series C
Comments
Follow the developments in the technology world. What would you like us to deliver to you?
All

NEXT
20 energy startups are preparing for the finals of this year’s New Energy Challenge
Editor’s note: This is a sponsored article,…
Jonathan Keane