Medxnote is building “the perfect use case” for chatbots in healthcare

Irish startup Medxnote set out to replace the traditional pager in hospitals, but stumbled upon a much bigger mission - and it involves chatbots.
Jonathan Keane 11 September 2017
Share
Facebook Twitter Linkedin

When Medxnote was founded, it had a particular goal in mind: replace the traditional pager in hospitals with a WhatsApp-style messaging app.

Use of pagers is still prevalent in hospitals and is one of the few remaining communication methods that hasn’t been completely usurped by smartphones. It sounds like a pretty straightforward problem to tackle with a secure messaging app that’s encrypted and can be used by clinicians on their phones. However, things weren’t that simple.

The Irish startup proved that their app could work, but WhatsApp use in hospitals is much more common than you might think. In the UK, the use of messaging apps is banned by the NHS for security reasons - but that hasn’t stopped its “widespread” use by doctors and nurses, mostly for convenience. Apps like Medxnote emerged, touting a more secure means of communication, but when the Facebook-owned company added end-to-end encryption it effectively killed off one of the main selling points for medical messaging apps.

One problem has remained though. Images shared via WhatsApp are stored on the recipient’s phone, so it’s very possible that a nurse or doctor ends up with an image of someone’s wound in their gallery next to their recently Instagrammed lunch.

Medxnote spotted an opportunity that could be met by the much-touted field of chatbots. The technology was hyped for a long time but hasn’t truly seen any revolutionary use cases materialise.

“Chatbots haven’t taken off at all,” said Niall Rafferty, CEO of Medxnote, but the technology gave him an idea. Could a bot be used to order an x-ray or file info to a patient's medical records? “To me, the perfect use case for chatbot technology is in healthcare.”

It got the ball rolling for the startup on various ideas for chatbots in hospitals.

The startup has developed a bot called PharmaBot to help clinicians securely file prescription errors into the hospital’s system via their smartphone. The bot should in theory enable greater security, and save time for staff. Most doctors and nurses working in a hospital don’t have a desk they can go to. This means medical staff are often waiting for access to a limited number of computers to upload information or file a prescription error.

“Doctors prescribe drugs in hospital on paper. If I was seeing you, I’d get your chart, I’ll prescribe a paracetamol and write it into the drug chart. Because it’s handwritten it’s prone to error,” said the CEO. “In Ireland, we’re still handwriting prescriptions in hospitals. Some jurisdictions have digital prescribing, which eliminates some errors, but not all.”

Medxnote’s bot plugs directly into a hospital’s electronic medical records system. If a clinical pharmacist spots an error, they open up the app, tell the bot that something’s up, describe the error, and take a photo of the patient’s chart. This data is then logged in the system. This is done on the spot and in a couple of seconds. 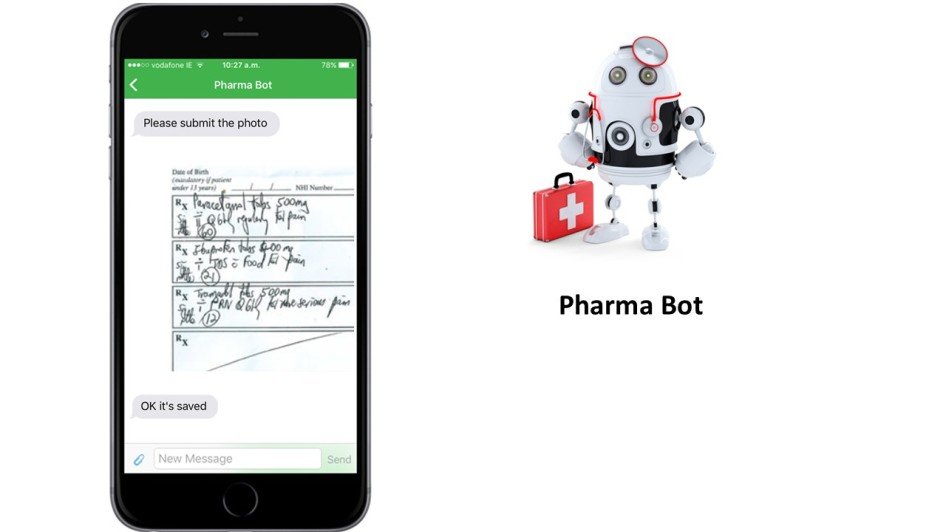 “In this case all the data is stored locally in the hospital so it passes through our infrastructure, but we don’t store them. It’s privacy-by-design infrastructure so we can’t read them,” said Rafferty.

PharmaBot recently completed a successful pilot at Galway University Hospital in Ireland. The app was praised in a report on the hospital conducted by Ireland’s Health Information & Quality Authority (HIQA) for how much time it would save. The bot and its results are more about educating staff quicker on prescription errors and how to avoid them rather than assigning blame, Rafferty added.

“We proved that pharmacists would use a bot technology to log prescription errors, but the bigger vision was to prove that medical professionals in a hospital would use a bot on a messaging platform to get data in or out of a system.”

The next major use case for bots in healthcare is filing images to a patient’s electronic medical records, such as a shot of a wound. More often than not, the process is laborious as it stands.

“You can’t easily get images in. You’ll have to get medical photography down,” explained Rafferty. “There’s one photographer who works nine to five and he would come down. He would take a photo, upload it, print it, and put it in the patient’s chart.”

With a Medxnote bot, the doctor opens a dialog with the bot, confirms the patient's ID or scans their wristband, takes the photo, and the bot files it away with their health records. Much like the PharmaBot, it’s a more straightforward and quicker process. It’s currently trialling at a hospital in Dublin.

“Our vision is an app store,” Rafferty said, where Medxnote is the launching pad for developers to create bots on the app for different use cases in the hospital. 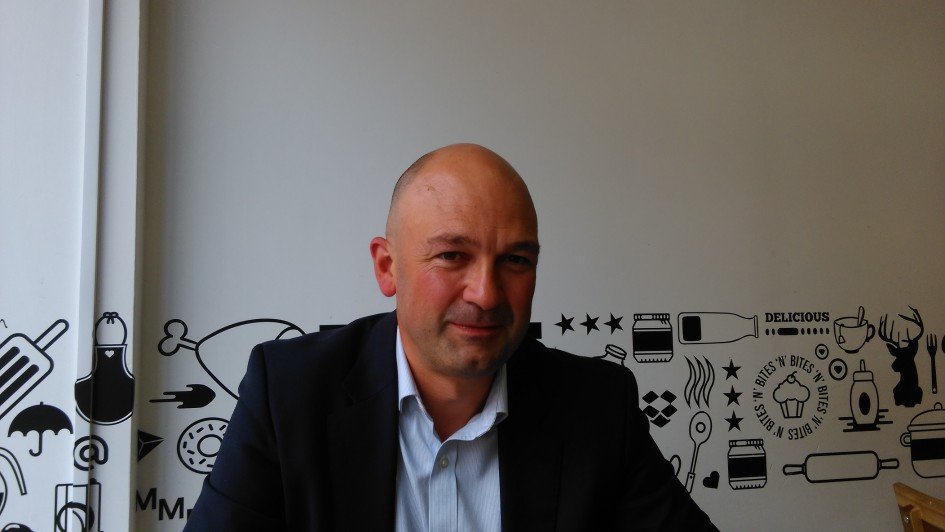 Recently the startup filed a patent for pagers on call. After all, the company’s original vision was eradicating pagers. The current use of on-call pagers involves a cardiologist for example collecting the pager and holding it for the duration they’re on call.

With a bot, a doctor would tell the bot that they’re on call now and then start receiving the appropriate messages to their smartphone.

“Every time we have a discussion with a hospital, they have an idea for a bot. The best ideas will be the ones that we haven’t thought about,” Rafferty added. This could include a bot that will answer questions for doctors on the state of the emergency room – number of people waiting, number of ambulances available etc. – or for reporting spills and breakages to maintenance.

According to Rafferty, there’s been little movement for chatbots in healthcare on the side of medical staff. Companies like Babylon Health have created bots to help triage patients through a diagnosis tree but there hasn’t been anything similar for clinicians on a wider scale.

To make that happen, Medxnote is seeking funding. Rafferty said it will need around €3 million to continue development of Medxnote as a medical bot platform and reach more hospitals in the UK and Europe.

After initially building and rebuilding the original Medxnote app, the startup has landed on its “eureka moment” at last, Rafferty said.

“We’ve hit all our milestones to take this global.”

Medxnote is building “the perfect use case” for chatbots in healthcare
Comments 1
Follow the developments in the technology world. What would you like us to deliver to you?
All