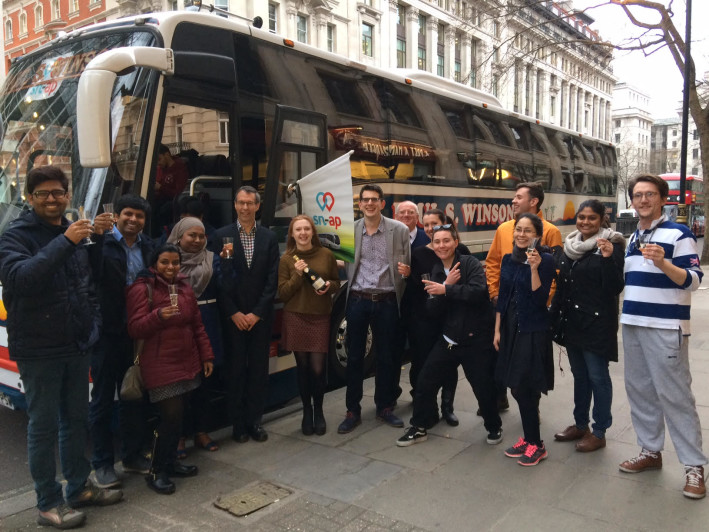 The startup connects people making similar trips to local bus operators running those routes with the users selecting pick-up points. Coaches only run when there’s enough demand. It’s currently operating on routes between London and the East Midlands. The new funds will be used to grow the service across the UK.

“Using our platform, get greater convenience and real flexibility at a fraction of the cost of other travel options. At the same time, coach operators with spare capacity get access to popular intercity routes for the very first time. It’s a win-win,” said Thomas Ableman, former commercial director at Chiltern Railways.

Intercity transport has remained “relatively untouched by digital disruption”, said Leila Zegna, partner at Kindred Capital, whereas the likes of Uber and bike sharing has permeated cities around the world.

Sn-ap raises £2 million for its on-demand bus travel platform
Comments
Follow the developments in the technology world. What would you like us to deliver to you?
All

NEXT
Medxnote is building “the perfect use case” for chatbots in healthcare
When Medxnote was founded, it had a particular goal in mind: replace the traditional pager in…
Jonathan Keane