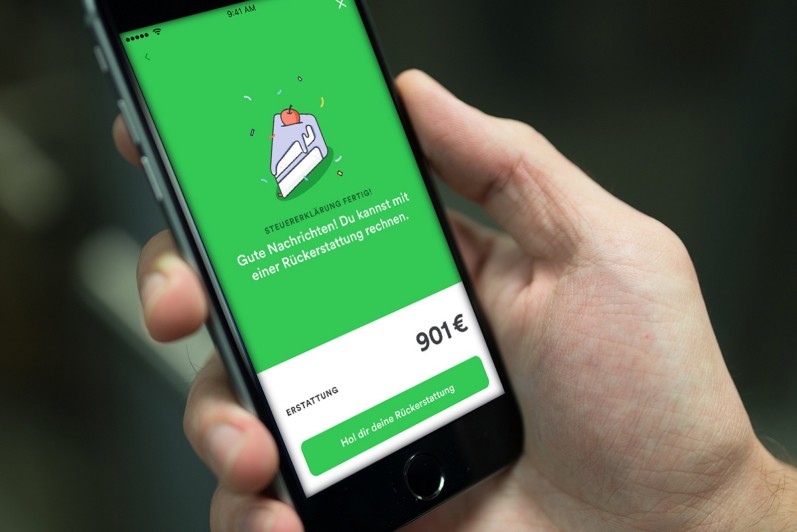 Germany’s Taxfix, a mobile app for filing tax returns, has raised $2 million in funding and announced its public launch. The funding round was led by Sweden’s Creandum and Switzerland’s Redalpine.

The Berlin-based company’s app allows users to file their tax returns without traditional forms by scanning their pay slip and answering follow up questions in a “conversational interface”. The app calculates the appropriate tax refund and submits it to the tax authorities.

Millions of people in Germany miss out on an average tax refund of €935, according to Mathis Büchi, CEO of Taxfix. This is largely down to the time-consuming nature of filling out a form and people’s lack of tax knowledge. Taxfix charges €34.99 to submit the return for the user but will waive any fee if the refund is under €50.

Taxfix is registered with German tax authorities to use their API. “The formal approval process for this kind of API access is rather simple in Germany. Nonetheless, it takes a lot of communication with the authorities and consulting lawyers to fulfil all legal requirements,” Büchi told tech.eu.

With its new funding, Taxfix plans to internationalise its service. It will be launching its English language version next week.

“The approval process is different in every country but usually not too complicated,” continued Büchi. “The biggest challenge to internationalise, however, is not the legal approval but to adapt the tax logic and calculations to other countries' tax systems without rebuilding the entire software. We have invested heavily to build a tax engine, which is specially designed for this kind of scalability.”

Per the company, it maintains data in encrypted form for “as long as possible” so users can reuse data when filling in a form again but Büchi points out that users can have their data deleted on request.

Tax filing app Taxfix launches with $2 million in VC funding
Comments
Follow the developments in the technology world. What would you like us to deliver to you?
All