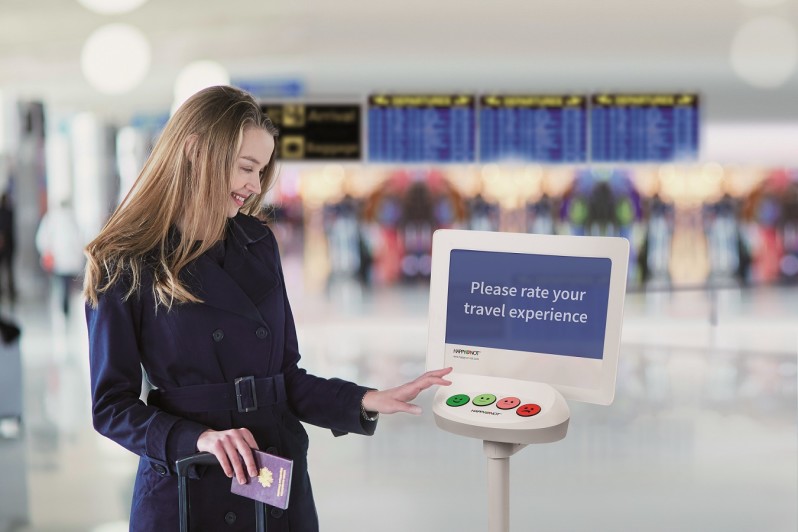 HappyOrNot, a feedback data analytics company, has raised $14.5 million in a Series A round led by Northzone with participation from Australian VC firm AirTree.

The Tampere-based company makes customer feedback terminals that you’ve likely seen at airports and supermarkets where customers can select four different smiley faces, from happy to sad, in response to the service they received. The company’s main business is generating customer and employee feedback data and analytics. It currently has 4,000 clients, including large customers like McDonald’s and Heathrow Airport.

“HappyOrNot was inspired by my own frustration at not being able to communicate with retailers about good or bad experiences, in order to ensure that employees received recognition or that businesses could improve their service,” said CEO Heikki Väänänen.

According to figures from RnRMarketResearch, the customer feedback sector will reach $8.39 billion by 2019.

The new funds will be used to boost the company’s internationalisation strategy in Europe and the US as well as Australia and Southeast Asia with help from AirTree. The company will also invest in R&D to improve its data analytics. It anticipates that its employee count will grow from 65 to 200 in the next two to three years.

As part of the investment, Marta Sjögren of Northzone and John Henderson of AirTree, will join the HappyOrNot board.

“Like the rest of the world, I first experienced HappyOrNot when using one of its public terminals,” said Sjögren. “I am a big believer in communicating feedback to service people I encounter, knowing that it can make an impact on someone’s career or simply improve their day.”

Finland’s HappyOrNot raises $14.5 million for its smiley face feedback data
Comments
Follow the developments in the technology world. What would you like us to deliver to you?
All