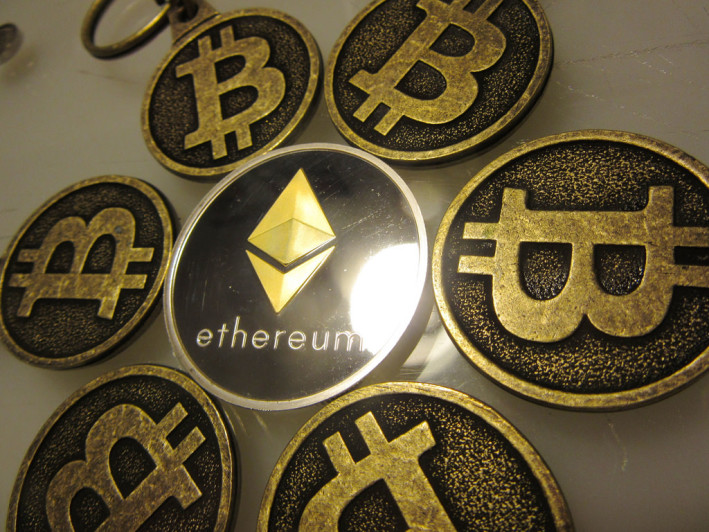 Europe has raised $637 million through initial coin offerings (ICOs) this year, which lags behind amounts raised in North America, according to new data from Funderbeam, a blockchain funding platform for startups, but it accounts for a higher percentage of overall startup funding.

ICOs are a new but volatile method of raising funds by issuing dedicated crypto tokens to investors. They exploded in 2017, garnering a huge amount of attention, both positive and negative. ICOs have now raised $2.8 billion globally.

In Europe, ICOs raised $637 million in 2017, accounting for 3.83% of the $16 billion raised overall through traditional investment. This pales in comparison to ICO leader North America, which has raised $1.2 billion through ICOs this year, however this is 2% of total investments. In Asia it’s $338 million and 1.02%.

In 2014, Europe raised the highest average ICO amount when the funding method was still relatively unknown. In 2017 those averages have changed dramatically with Asian and North American ICOs (over $30 million each) almost twice as big as Europe’s, which is around $15 million.

The global average ICO amount in 2017 is now just under $20 million.

Switzerland comes out on top in Europe with 13 ICOs to date, which shouldn’t be all that surprising considering the country has been dubbed “Crypto Valley” for its accommodating attitude towards cryptocurrency and blockchain.

The UK has seen eight ICOs and Estonia has had four ICOs – quite a lot for its small size.

“Out of the top 10 countries with ICO funding, Estonia has the highest percentage of its overall startup funding raised by ICOs. Out of the total $240 million, 28% was raised by ICOs,” said the report. France, Spain, Denmark, and Germany have all had two each.

Swiss companies Bancor and Status raised $153 million and $95 million respectively through their ICOs.

As a funding method, ICOs – mostly employed by cryptocurrency and fintech startups – have drawn a lot of criticism, stemming from the high amounts of money raised by these nascent startups, often higher than some seed rounds and even Series A rounds.

According to Funderbeam, the average European ICO is now higher than the average Series A and Series B rounds in Europe. Many young startups have raised these eye watering amounts of money off the back of little more than a whitepaper for its product, leading some to raise fears of a bubble growing that’s about to burst.

The European Securities and Markets Authority (ESMA) recently published a warning on ICOs calling them “extremely risky and highly speculative investments.” It warned that investors were at a risk of “total loss of your investment” and that issuers may be subject to regulations however it did not go as far as to say that ICO tokens should be considered securities, a path hinted at by US regulator the Securities & Exchange Commission (SEC). China on the other hand has banned ICOs outright.

The source of most of the data for this report is from Coinbase and compiled by Estonia-based Funderbeam, whose backers include Tim Draper, a major ICO advocate.

European ICOs have raised $637 million this year but lag behind the US
Comments
Follow the developments in the technology world. What would you like us to deliver to you?
All