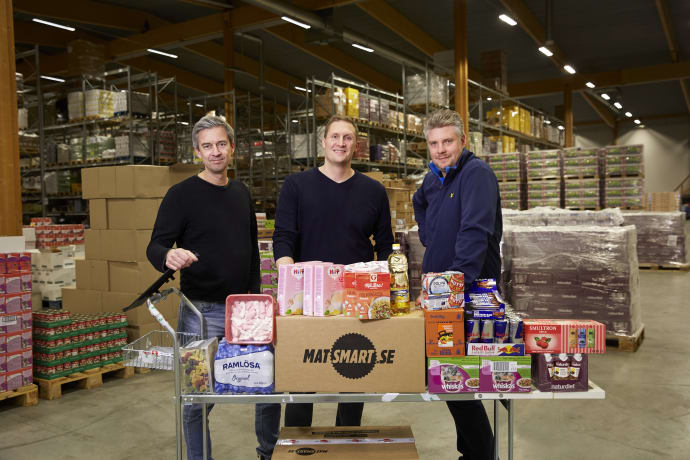 Matsmart sells surplus food that would usually be thrown away, whether because it’s close to the sell by date or there has been a change in branding/packaging. The company resold 706 tonnes of food in 2016, it said, preventing it from going to waste. It currently operates in Sweden, Norway, and Finland and plans to expand further in the Nordics and across Europe.

“There is still a lot of work to do to solve the issue of food waste, and we see strong interest from both consumers and suppliers. We will also be looking at new markets for further international expansion,” said Karl Andersson, CEO of Matsmart. The startup added in a statement that it has annual revenues of €20 million.

Axel Johnson Group owns Axfood, which operates a number of different food retailers in Sweden. Matsmart, and other similar startups like OLIO and Foodcloud, typically partner with grocery store chains to obtain leftover food. For supermarkets, it’s a means to reduce its excess food at the end of the day and the cost of disposing of it.

“For Axel Johnson, this is a strategic investment: it’s in the food space, it’s an e-commerce proposition, it’s a low-cost retailer, and it has sustainability at its core,” said Mia Brunell Livfors, CEO of Axel Johnson.

Sweden's Matsmart raises €7.5 million to help bring an end to food waste
Comments
Follow the developments in the technology world. What would you like us to deliver to you?
All

NEXT
In the face of obstacles, Ukraine’s startup ecosystem is finally seizing its moment
Seedstars World, the global startup contest for…
Jonathan Keane