From student project to a thriving (bootstrapped) business, Ukraine’s MacPaw has been sticking to its guns for 10 years

Founded in 2008, Ukraine’s MacPaw has become a very familiar name among third-party Apple software products. Its flagship product CleanMyMac is one of most popular Mac cleaning and maintenance software products on the market, starting out as student project for founder and CEO Oleksandr Kosovan.

“I was a big fan of Mac computers, I was an Apple evangelist at the time,” he told tech.eu. “My initial vision was to make something similar to what Apple does.”

Coming up on 10 years in business, MacPaw has remained bootstrapped and is sticking to its guns on funding.

“I was a student in Ukraine back then and all this startup movement was not yet popular so I had no idea how to raise capital, I had no idea that this business model even existed,” he said, with a laugh. “I relied on my personal time and skills so I didn’t raise any capital from anyone.”

Kosovan believes it is now harder than ever to start a company in Ukraine and follow the bootstrap route than it was several years ago.

“In order to create a product now, you need to spend at least a $100,000 to go to market and this makes it harder for bootstrapped companies to build some successful product. I’m not saying it is impossible, it’s just more expensive to do it on your own.”

Despite the change in startup culture, MacPaw has continued to eschew outside capital sources, though challenges remain.

“Unfortunately doing business in Ukraine is not an easy job and also we don’t have enough intellectual property protections. We tend to register all patents and trademarks in the United States,” he said.

“First of all there is no point to registering patents in Ukraine because the market for us is very small, it is at the bottom of our revenue chain so there is no point in doing that. Unfortunately our legal system is not perfect, it’s far from perfect, and it is impossible to protect your rights in Ukraine. That is why we are doing so in more sustainable countries.”

MacPaw retains its engineering talent in Kyiv and has a business presence in California to serve the US market, which makes up nearly half of its user base. The company has had little or no issues with sourcing technical talent at home, but finding business and product pros has been a different ball game.

“In general, it is a lack of entrepreneurial experience in the country. We are a post-Soviet country so new businesses only started to arise like 20 years ago,” he said. “We don’t have enough of this heritage to think like business people, like product people.”

Kosovan himself has tried to stimulate the local startup scene through his VC firm called SMRK. While his own company has avoided investors, his firm has backed 10 startups, mostly in Ukraine but also in Russia and Finland.

According to the CEO, MacPaw is now growing 14-20% a year. Its main product CleanMyMac is still the breadwinner: “It is responsible for 89% of our revenue.”

Gemini, a duplicate file finder, is the runner-up in its product line, but now the company is focusing on building Setapp. It is a subscription service for all Mac apps in one place. 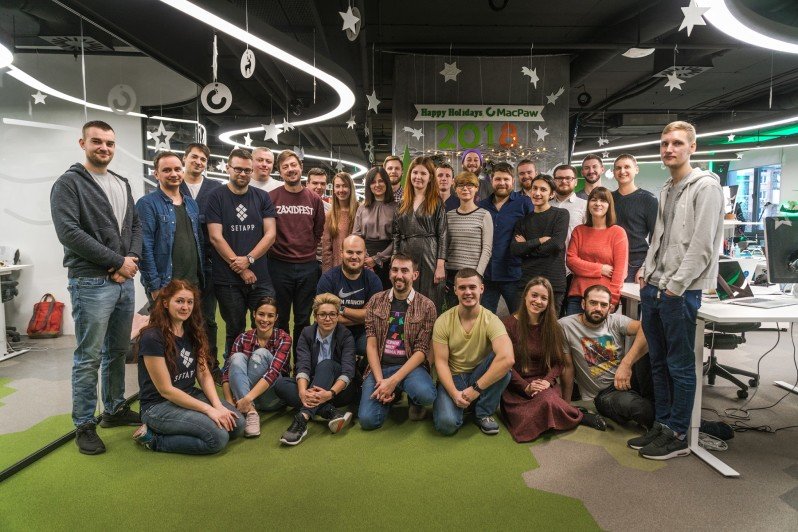 “Our current most significant focus is on Setapp. It’s a subscription-based app store and we believe that there is a huge potential in subscription business in the next several years, and we have made a huge stake in our company toward building this ecosystem marketplace and making it successful. I believe the biggest scale factor for us will be Setapp in the next several years.”

And so the company is now keenly looking at how to scale. Along with Setapp, this year it made two significant moves on this path. First, by merging its software development platform DevMate with UK firm Paddle and acquiring Finnish software product The Unarchiver, which brought with it around 18 million users.

MacPaw has five million paid customers but more undisclosed free users. The acquisition and possibly others like it are a means to grow this userbase in the future.

As for 2018, it will consider more acquisitions but releasing a new version of Gemini early in the new year is on the immediate roadmap.

“We will extend this product to the mobile market for the first time, because we usually have been doing products only for desktop and this will be one of the first major steps towards the mobile ecosystem,” according to Kosovan.

There are limited opportunities in the mobile space for MacPaw as it has been so focused on desktop, but Gemini is one place where it could find success, Kosovan said, adding that each time the company releases a new product, there needs to be as much patience as there is skill: “To create a great product, it takes a year and more.”

From student project to a thriving (bootstrapped) business, Ukraine’s MacPaw has been sticking to its guns for 10 years
Comments
Follow the developments in the technology world. What would you like us to deliver to you?
All