The British-Greek cybersecurity startup Hack the Box has announced a $1.3M investment to further their effort in becoming the world’s largest hacker community.

As more and more data is collected online, companies become increasingly vulnerable to data breaches. Last month, 2.1 billion records were leaked by cyber attacks. Despite the impact of these security incidents, the demand for trained cybersecurity professionals vastly outstrips the available supply. Worldwide, the cybersecurity workforce gap has increased to nearly three million people. Hack the Box aims to address this shortage through its innovative penetration testing lab, which allows cybersecurity enthusiasts to build their skills through interactive challenges.

Haris Pylarinos founded Hack the Box in 2017, after realizing the most exciting and productive way to build cybersecurity skills was through practice, rather than reading books or acquiring certificates. After completing a number of training sessions and online challenges, he began to build a platform that simulated a computer system that could be hacked into. By applying game mechanics on top, Pylarinos was able to create a complete “training playground” of virtual machines for cybersecurity enthusiasts to practice their skills. Each week, Hack the Box creates a new virtual machine for players to break into. Successful hacking attempts earn players points and a place on the global leaderboard, helping to burnish the credentials of the community’s most proficient members. The platform has opportunities for aspiring hackers of all difficulty levels, with some of the most difficult challenges taking days to complete. 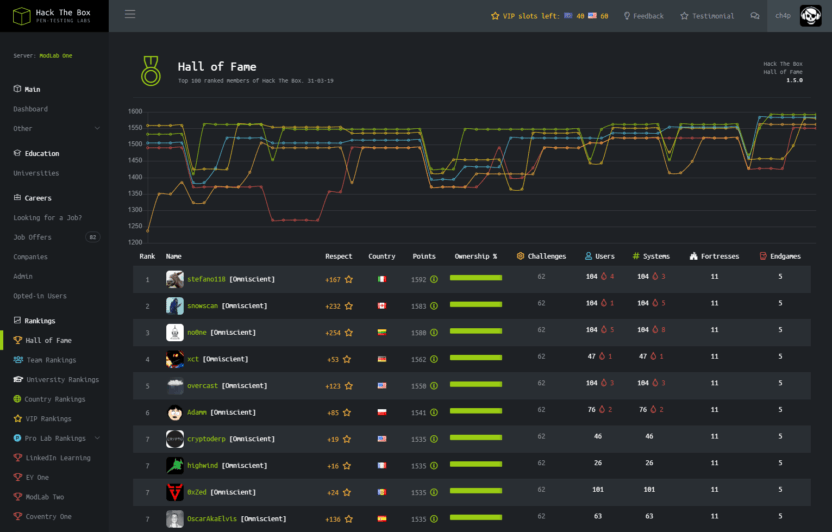 "Hacking is the new gaming"

Today, the Hack the Box community serves over 120,000 members worldwide alongside offering opportunities for enterprise customers. Clients such as Jet.com and EY are utilizing the platform to build their own private Hack the Box labs, as well as to find candidates for cybersecurity positions.

According to founder and CEO Haris Pylarinos, "Hacking is the new gaming. We cater to people who want to test and advance their skills in cybersecurity, and we are thrilled to bring more people into the game every day." The remainder of the Hack the Box founding team includes James Hooker, as Technical Director and Aris Zikopoulous as CCO. This investment round was led by Marathon Venture Capital, an early-stage venture capital fund led by partners George Tziralis and Panos Papadopoulos. This investment will be used to expand Hack the Box's free services as well as offer entirely new labs to allow real-time interaction between users.

UK-founded Hack The Box raises $1.3M to build the world’s largest hacker community
Comments
Follow the developments in the technology world. What would you like us to deliver to you?
All