We caught on to young Israeli VC firm Remagine Ventures when they raised $4 million in funding from Sky about a year ago, and now the investment company has already announced the final close of its initial fund at $35 million.

tech.eu caught up with the two managing partners of the fund, Eze Vidra - known for kickstarting both Google Campus and Google Ventures' activities in Europe in the past - and Kevin Baxpehler, a serial entrepreneur and investor who previously led ProSiebenSat.1 Media’s investment office in Israel.

tech.eu: Welcome to the rather crowded world of early-stage investment firms in Europe and Israel! What makes you different i.e. why was there a need for a new fund in your view?

Eze + Kevin: If you agree that the top results are driven by a small number of founders and that best startups will get multiple term sheets, we wanted to have a great answer to the question "what else can you do for me beyond the money?". So we created what we believe is a differentiated model - we invest for financial returns and are independent in our decision making, but we're backed by a number of corporates. You could think of us as a multi corporate Google Ventures (although it’s perpetual work in progress!).

This means we can do a few things differently - before we invest, we source real time feedback from the market and understand the problem better, and after we invest we provide strategic value to our portfolio - open doors internationally and help them find the right strategic partners early in the life of the startup.

Who are your investors, and how/why were they accepted as backers of the fund?

We have a combination of corporates, family offices and individuals. The corporates are broadcasters, telcos, publishers, agencies, spanning from Europe to the US to Japan. A few notable names include Sky, ProsiebenSat.1, Axel Springer, Liontree and Adways. The individuals include the former head of Google Travel, the ex CEO of Porsche and Volkswagen, and former President of Sony Pictures, based in LA.

We selected our investors as much as they selected us - by building a relationship and finding fit - whether strategic or personal.

What's the central investment thesis (i.e. in what and where do you plan to invest, expected average ticket size, etc.)?

On one hand, you see huge consolidation in the media industry - AT&T acquired Time Warner, Viacom merged with CBS, Comcast acquired Sky, Disney bought Fox, etc. This is primarily driven by a desire to get bigger scale, that is more on par with the online platforms (Google and Facebook attract 90% of the advertising dollars on mobile). At the heart of the industry’s disruption is technology and we believe that new tech companies will become very valuable.

We are entering a new era of entertainment. It’s driven by two forces.

On one hand, technology advancements (AI tech primarily), which dramatically reduce costs of content creation, distribution, personalisation, etc. And on the other hand, a shift in consumer trends from the rise of eSports to synthetic influencers and fast growing direct to consumer brands. There are particularly interesting opportunities at the intersections of these changing consumer trends. For example, content merging with commerce, cloud merging with gaming, video generated through AI, etc.

Our thesis is that there is a new crop of technology startups emerging that will help the industry to evolve. We invest early (seed and pre-seed) at the intersection of tech entertainment (broadly defined), data and commerce. Everything you'd expect to find within entertainment (gaming, streaming, sports, etc) is interesting to us. That includes in some cases deep tech (machine learning, computer vision, NLP), and in some cases consumer tech where we can leverage our network of entertainment companies to reduce the spray and pray approach.

We want to back the most ambitious early-stage founders in our areas of interest and build Remagine Ventures for the long term. 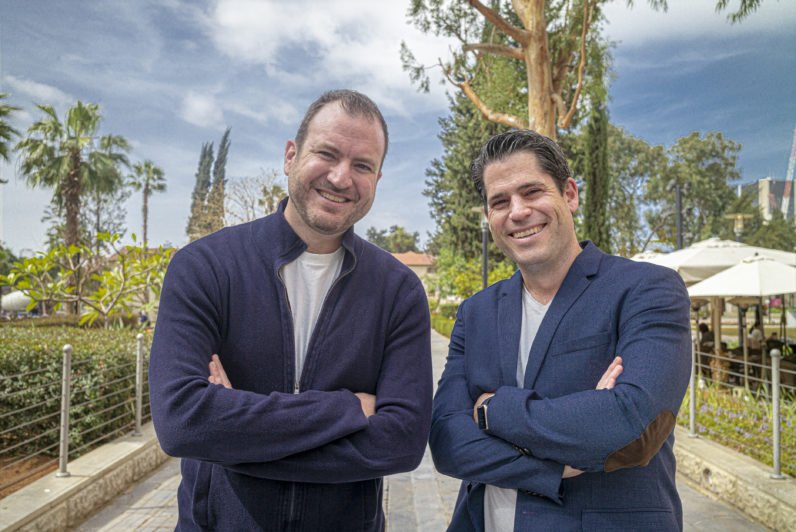 How will you primarily find entrepreneurs to back, i.e. what's your strategy when it comes to generating/maintaining quality deal flow?

We work hard for deal flow like everyone else but one of the benefits of being specialised is that we are able to attract the deals where we can add value beyond the money. Our number one source of deal flow is founder referrals. A benefit of being vertically focused (as wide as the vertical is), enables us to attract top quality deal flow in our space. We believe in helping every founder we come across if we can, and that builds a lot of good will with the ecosystem.

For example, this week we organised a corporate speed dating session for Entertainment tech startups in all stages. We received over 100 applications and were able to match more than 50 startups in 1:1 meetings with key decision makers from our corporate LPs. We also write, speak, mentor and go deep on tech sectors we’re particularly interested in.

How have your experiences at Google and Google Ventures, and your partner's experience at ProSiebenSat.1 and beyond shaped what you (will) do at Remagine Ventures?

Both of us bring previous experience in investments, corporates and startups, including raising money as entrepreneurs. It helps tremendously to have perspective.

In many ways, we’ve seen the negative side of traditional corporate venture: the time it can take to cut through the red tape and make decisions, the signaling risk, etc. We’re here to fix some of that.

On the other hand, we also saw how powerful it can be when an early stage startup is able to leverage the corporate as a design partner or reference customer. Things we’ve experienced around creative thinking, OKRs and the use of data for decision making, are important for us to work with our portfolio companies.

From your perspective, how has the European tech/VC landscape evolved in, say, the last 5 years?

European tech VC has evolved tremendously in the past five years. From playing second fiddle to the US, Europe is a place that US VCs actively look for deals. Almost every startup ecosystem in Europe has a unicorn and the level of ambition seems to have risen significantly. We don’t require blind belief that we can do it, because there is plenty of evidence we can. We also expect more money to flow into Europe and we are about to set up our own office in London. The Israeli startup ecosystem is also doing very well, and we're excited to be active in both markets.

On that note, how do you expect it to evolve in the coming 5 years?

Ask us to predict anything but the future. That said, here are a few predictions:

- As interest rates stay low and funds become larger (following the Softbank trend), they will require larger outcomes to return their investments. We will continue to see more concentration of capital in mega rounds. Also, funds that traditionally do later stage will start going in earlier, to buy 20%....

- More countries will follow France’s lead and unlock institutional investment into startups. France just pledged €5 billion to be invested in technology by pension funds and insurance companies over the next three years. In the UK and other European markets it’s still not the case, and possibly there is more institutional funding for venture on its way.

What will be the main challenge, for entrepreneurs and investors, to tackle in Europe in order to build bigger, bolder businesses?

- Competing with the tech giants has become more and more challenging. As one investor told us recently, he has two rules: he doesn’t invest in companies that compete with Amazon or China… it’s hard to win when the other side doesn’t have to be profitable. That’s a challenge for both investors and entrepreneurs alike.

- US firms will always have it easier to scale across the US faster than European counterparts. A more coherent European regulatory landscape could help startups a lot.

- Regulatory tax treatment of Venture Funds in Europe, e.g. Germany, is still not as advanced as in the U.S. (think about how carry is treated). If that were to change we believe it will attract more foreign capital as well.

- At the end of the day there is also a cultural difference, e.g. how to treat & deal with failure, attitude toward risk etc. that is still very different in the US or Israel vs. Europe, although we see this is also changing as evidenced by some of the top European startups.

We have a very positive outlook on Europe and look forward to working with European startups in the future.

Thank you both and we'll check in on you guys later!

Q&A with Remagine Ventures, a fresh VC firm that raised $35 million to invest in 'new entertainment' tech
Comments
Follow the developments in the technology world. What would you like us to deliver to you?
All