"At Antler, we believe that it is important to have exceptional people, regardless of their background and nationality, work on addressing large global opportunities and challenges."

Antler was founded in 2017 and supports companies working to solve some of the world's toughest problems. As a startup generator, the firm builds founding teams from the ground up, matching co-founder teams from their network of founders, who are selected for their grit, drive and skillset. These new teams receive investment from their first day, and begin a six-month program to create and validate their product and business model. Successful startups can then leverage Antler's alumni network to continue to grow and scale their businesses. Antler offers four programs in Europe: Amsterdam, London, Oslo and Stockholm.

What is unique about Antler is the firm's transnational approach to building companies from idea stage to beyond. This global perspective might not be much of a surprise considering the worldly experience of Antler's founder and CEO Magnus Grimeland, who despite hailing from Norway went on to co-found one of Southeast Asia's largest fashion e-commerce companies, Zalora (while also graduating from Harvard and serving as a Navy SEAL along the way).

Antler operates in eight cities worldwide and launched their first London programme in early 2019. Their London office is led by Lars Kvaalen and Antoine Poirson. Antler's global partner Edward Knight is also based in London. I caught up with Antoine to learn more about Antler, and how this venture builder is looking to differentiate themselves from other offerings on the market. 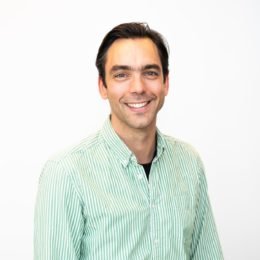 Hi Antoine! Can you summarize your investment thesis in three sentences:

We identify and bring together the world’s most exceptional people in our startup generator programmes and invest from the pre-seed stage in the strongest co-founding teams and ideas that are built. Our process is very hands on; by working with the co-founders over several months, we get the opportunity to help shape the business models, and perform extensive due diligence prior to investing. The due diligence is supported by the global Antler platform where we pull upon our network of 400+ world leading experts across technologies and industries.

What industries and business models are you most interested in investing in?

To date, we have invested in a broad range of technology companies in the B2B, B2C and D2C space; ranging from emerging sectors like robotics and AI, to sectors such as healthtech, fintech and proptech.

Which technologies do you find most exciting right now, and why?

Artificial intelligence. It can be used to solve very important problems in almost any industry. What we are seeing now are just glimpses of the impact it will have on our lives in the coming decades. In Antler we have invested in several AI companies, such as Xailient - which has built the world’s smallest and fastest computer vision technology.

How much do you typically invest?

Beyond funding, where does Antler provide the most “value-add” for founders?

We offer a lot more than just funding. In every location, we receive around 3,000 applications. Each cohort is made up of about 100 exceptional individuals - the acceptance rate is very low. We want to build strong co-founder teams to ensure that they have what it takes to build and scale disruptive technology companies.

On our platform we have a global advisory network of 400+ experts across technologies and industries. This global network is comprised of people who can validate business ideas by instilling a focus on rapid testing and iteration as well as share their experiences and learnings.

Towards the end of the 6-month program, we work with the portfolio companies on preparing their fundraising strategy and growth roadmap, and introduce them to our vast global network of investors. We are building a long term relationship with our founders and stay involved as a partner for the long term.

As our portfolio companies grow, we help them scale to new markets and invite them to our global alumni network, which connects them to thousands of entrepreneurs.

Do you have any geographic restrictions on investments?

We are a truly global platform and invest in companies across all geographies - with the majority of our investments focused around our current offices in London, Amsterdam, Stockholm, Oslo, New York, Singapore, Sydney and Nairobi. We are also opening several new locations in 2020.

What is your commitment to diversity and inclusion?

We are strongly committed to diversity and inclusion. Across the Antler senior leadership more than half of our people are women.

More than 45% of the companies we have invested in have at least 1 female co-founder. Our founders come from 36 different nationalities, and we are continuously working towards bringing together a diverse group of exceptional people in our programs.

We have invested in over a hundred companies this year, below are the ones that have presented our Demo Days in 2019.

What is the best way for founders to get in touch?

The best way for founders to get in touch is via our website and apply to work with Antler through the application forms. For other enquiries, we can also be reached through email at [email protected] We also regularly host meetups and events across the world and encourage everyone interested in entrepreneurship to partake in these - the calendar of events can be found on our website.

Thank you Antoine and Antler!

The Reverse Pitch: Antler
Comments
Follow the developments in the technology world. What would you like us to deliver to you?
All