Tech.eu Insights creates insight and guides strategies with its comprehensive content and reports. Browse popular Insights content.
Examine the effects of the latest technology with the Tech.eu lens, see the details and create powerful strategies. Take immediate action to access exclusive articles and reports.
Review Advantageous Packages
Does your company have Insights access? Check it
PropTech

European proptech is on the rise, as sector funding grows 550% in five years: research report

Proptech investment fund PropTech1 Ventures has put together a solid research report on - surprise - proptech. More specifically, the firm is today releasing an analysis of the European proptech landscape, examining trends and key market developments in this growing space.

The report, which you can download free of charge here, shows that the sector is showing consistent signs of growth over the past few years despite its relatively early stages of development in Europe.

According to Proptech1, only €77 million was invested in the proptech sector in 2014, a number that has since ballooned to around €500 million (a jump of roughly 550%).

In recent times, we've seen big funding rounds for the likes of TopHat and Nested (UK), McMakler (Germany) Spotahome and Badi (Spain), Finalcad (France), and even some early consolidation (e.g. Jeff in the Spanish market). 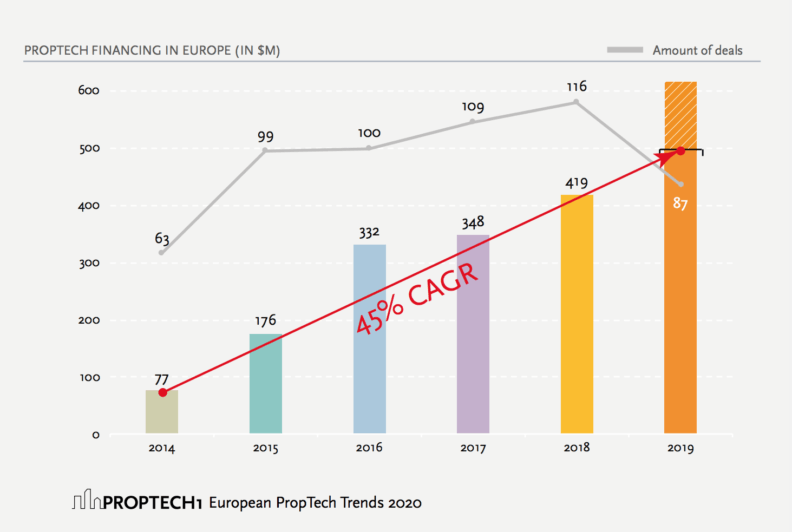 Germany is leading among the most active backers of proptech startups. Vito ONE, Viessmann's proptech investment arm, comes in first with 15 deals, followed by three other VC investors from the DACH region: BitStone Capital, PropTech1 Ventures itself, and SIGNA Innovations, the investment vehicle of the Austrian real estate group of the same name.

The map below provides a rough overview of selected proptech startups that have accumulated the highest (disclosed) amounts of equity financing in their respective countries over the last five years. 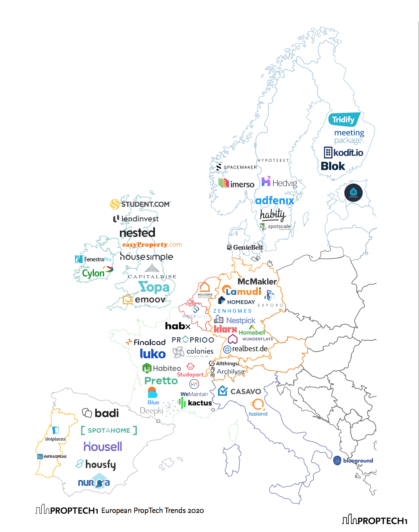 According to the research, the UK claims the biggest share of the total European investment volume for proptech. However, the sheer number of proptech startups presents a somewhat different picture: the UK, DACH region and France are leading Europe, but are closer together when compared to the financing volume - closely followed by Spain and the Nordics region. 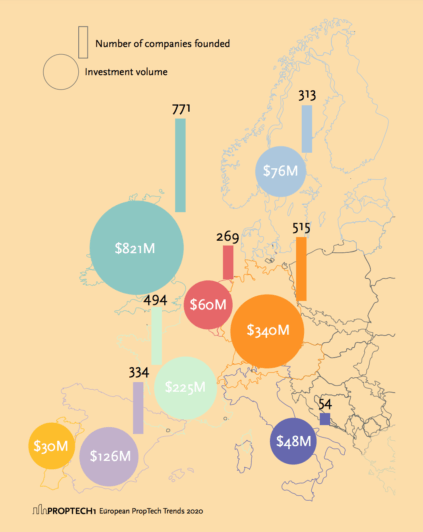 For more data-driven insights, and a nice overview of 2020 trends in the European proptech sector, download the report here.

We'll be sure to keep an eye on this space!

European proptech is on the rise, as sector funding grows 550% in five years: research report
Comments
Follow the developments in the technology world. What would you like us to deliver to you?
All