You'd be hard pressed to find anything more 'back of the envelope' than this, but I've whipped together a quick spreadsheet based on our weekly overview of deal flow in European tech.

Every Friday afternoon, I publish an overview of the 10 biggest tech stories in Europe of the week, alongside a quick and dirty view on how many funding rounds and exit deals we tracked, as well as total funding recorded. Sign up here to receive our newsletters if you're interested.

I went back to the first full week one of those I published this year (on Friday 10 January) and listed the key numbers for each week, as well as the totals and percentage changes for each month, to see what the evolution looks like in the middle of the COVID-19 pandemic and accompanying economic mayhem. Spoiler alert: it all doesn't look very promising. 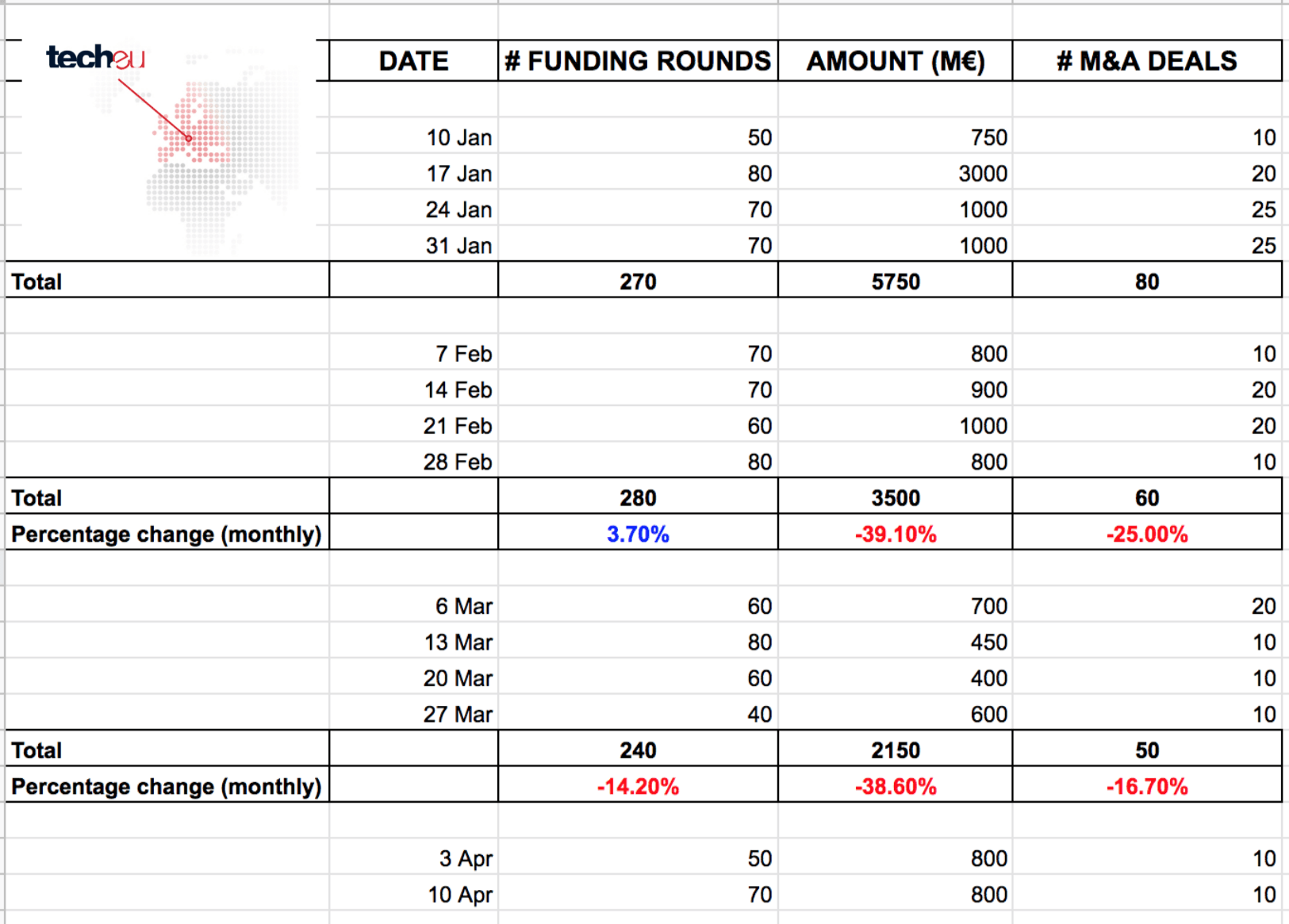 To put that into perspective: in January, Germany's Delivery Hero raised more financing in a single round to bankroll its acquisition of South Korean food delivery app Woowa Brothers than the total amount of funding that flowed to European tech companies in the month of March.

Too soon to tell for April, but at the current rate we'll probably see M&A activity just about halved in comparison to January, and another month-to-month drop in funding deal activity as well.

Important note: in my opinion, it is far too early to draw any big conclusions until a few months from now, maybe even the end of the year, to really see what kind of impact this crisis has had on the European technology industry in terms of deal activity and total investment volume. A lot of the deals that are being announced these days have obviously been discussed and negotiated for weeks or even months prior to the current global crisis - lagging indicators and all that.

All we can say is that the current trend is not exactly a positive one.

That said, stay tuned for some proper number crunching and analysis in the near future - do let us know what kind of research you'd like to see.

Stay safe, sane and healthy out there.

Quick and dirty statistics on the current state of European tech funding and M&A deal activity
Comments
Follow the developments in the technology world. What would you like us to deliver to you?
All