Electric cars have already become part of our lives rather than an exotic sight, and yet the transition to sustainable transportation couldn't happen fast enough. Despite all their benefits, electric vehicles still have limitations many customers find deal-breaking.

“You can speed up the transition to electric cars significantly if you work on the core problems of electric cars: charging, range, and cost,” said Lex Hoefsloot, founder and CEO of Dutch scale-up Lightyear. “If these issues were not there, then everybody would be driving an electric car already. It's also very important for electric car transition in places where the charging infrastructure isn't well-developed, like Africa or India. So we're intensely focused on fixing these two problems.”

From a solar car competition in Australian outback to a startup headquartered in the Dutch city of Helmond near Eindhoven, Lightyear takes a new approach to what we can expect from an electric car.

The first generation of the innovative vehicle, Lightyear One, is expected to solve the first problem with a maximum range per charge of a whopping 725 km — and that's just from the battery. Driving in a warm sunny weather would add another 50—70 km thanks to the solar panels on the roof and bonnet.

From Stuart Highway to Dutch streets

The story of Lightyear began in 2012 when 20 students from the Eindhoven University of Technology quit their studies for a year to build a solar car to compete in the World Solar Challenge in Australia. In the competition, the participants were given six days to cross the continent from Darwin to Adelaide — but the Eindhoven team finished in four days. The team actually went on to win the competition four times since then. 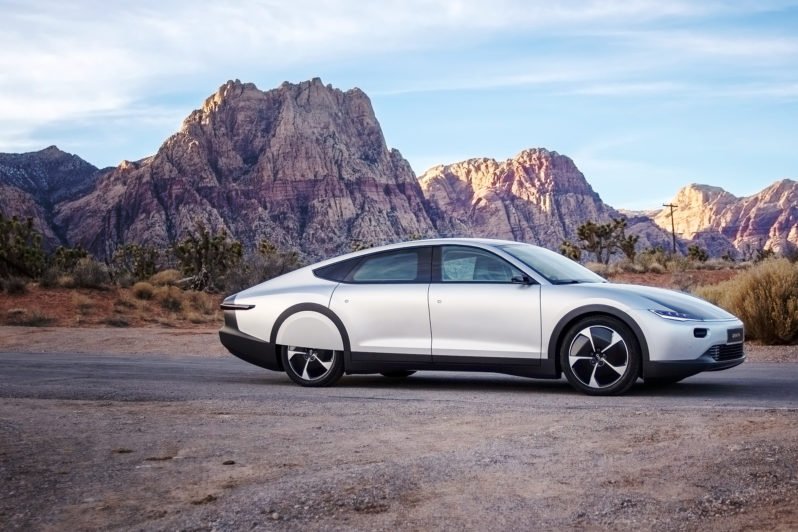 At some point in 2016, part of the team, including Hoefsloot, had decided that the kind of car they drove in Australia could also make it in the mass market. That decision marked the beginning of the startup, which plans to release its Lightyear One vehicle at the end of 2021.

“Our mission is to provide mobility for everyone,” Hoefsloot said. “We want to get to one light year worth of kilometres driven on the sun's energy in 2035. That's 9.5 billion kilometres, which is about as much as what all the cars on the planet combined drive every year.”

The first car Lightyear is working on won't be cheap: the variant offering that 725 km range would set you back some €150,000. And yet, the company has already received about 120 pre-orders — mostly from Netherlands-based customers. Technically, these aren’t actually pre-orders: the amount is a convertible loan that will transform into Lightyear's shares at a certain point of time; it is, however, still can be used to buy the car.

The first unusual thing you see in Lightyear One renders is that it's covered in solar panels. Although it's obviously not possible with current technology to keep the car running on solar charge in longer trips, the panels are there to battle the “charger anxiety.”

“The purpose of solar panels is not to extend range but to provide a convenient way of charging,” Hoefsloot said. “Most people drive around the same 50 km to 70 km every day as you get from charging in the sun; for instance, a driver in Italy would even get more sunlight than necessary for the average daily drive. This means that you only need to charge your car from the grid for longer trips. You don't need to worry about charging most of the time.”

When there's One, there's Two

The production of Lightyear One is expected to start in 2021 in order to deliver the first cars to their owners by the year's end. Hoefsloot explains that the team is working on making the vehicle as lightweight and efficient as possible — but not compromised in any way.

“The safety is crucial, and we don't compromise on it,” he said. “We're building a lightweight car — but not by eliminating safety features. We're shaving weight on the motors, battery, etc. — but not the structure itself.” 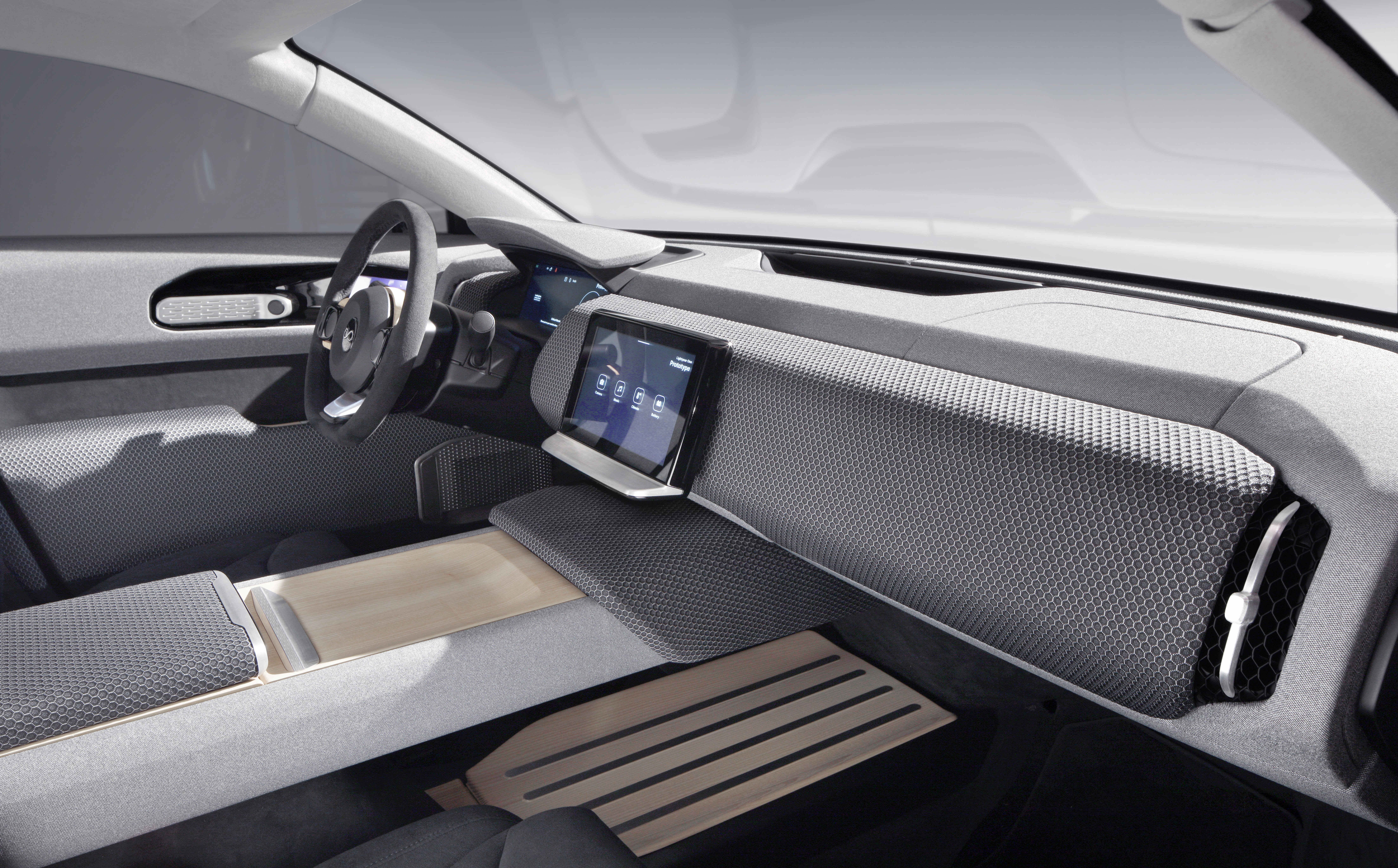 In terms of the infotainment system and consumer-facing features, Lightyear One will only keep things that are indeed important and used often by the drivers. The final list is yet to be determined, but Hoefsloot said that the parking assistance system and front trunk didn't make the cut. Nevertheless, the entrepreneur promises that Lightyear One will have “more luggage space than an average SUV.”

The company is currently busy building a new prototype of the car in order to start a Europe-wide marketing campaign and get more pre-orders for Lightyear One. At the same time, it's advancing towards the second, less expensive mass-market model that's expected to go in production in 2024.

Speaking about the company's current challenges, Hoefsloot mentioned the industrialisation of the production processes, ensuring reliability of the platform, as well as funding and hiring, which are important for any startup out there.

“We always want to have more talented people and more money, because they both would help you achieve your goal faster,” he said.

In the meantime, Hoefsloot found another way to speed up the company's growth by joining the 2020 batch of the Techleap.nl Rise programme. The idea behind it is to provide scale-ups based in the Netherlands with unique knowledge sharing opportunities and access to business experts.

“What you mostly see is the theory about how to build and run startups, there are so many books and accelerators that'd teach you that,” he said. “But the devil is in the detail: you keep hitting problems that aren't in those books, and it's best to talk to people that are going through the same thing to get to solutions. It's great to be around another 10 people who are also sustainably minded, building products in the Netherlands, and may already have found quick solutions to those small silly problems you have. The network is super valuable.”

With the support from its peers, backers, and the energy community, Lightyear is pushing forward towards making the dream of a mass-produced electric car with solar charging. The company's big vision is to make electric vehicles a no-brainer for any buyer by eliminating their main perceived issues: price and relatively low range per charge.

“Our tagline is ‘Go Free’: the car should give you the feeling that you can do anything you want,” Hoesfloot said. “It's the first electric car you can use for road trips anywhere without having to think about charging all the time. On any trip, your bladder will be a constraining factor, and not the car.”

Electric and solar: How Dutch carmaker Lightyear wants to solve range anxiety
Comments
Follow the developments in the technology world. What would you like us to deliver to you?
All

NEXT
Today in European Tech: IPO plans for WeTransfer, Kahoot, Mister Spex and others, the EU now invests directly in tech startups, and more
Hello and Happy New Year! Here's what…
Robin Wauters