Why the next generation of supercomputers will (need to) be built with open hardware and software: an introduction

Editor's note: last summer, I was kindly invited to contribute to a book called 'Faster than the future', commissioned by the Digital Future Society, a programme supported by the Government of Spain in collaboration with Mobile World Capital Barcelona that seeks to 'build an inclusive, equitable and sustainable future in the digital era'.

I wrote a chapter on 'supercomputing', also known as high-performance computing, and now that the book is out - download it for free here - I'm sharing it on tech.eu in three parts, slightly updated with the latest news/information gathered since the initial write-up. Below, you can find the first part of the series.

Climbing to the top

Japan is home to one of the most famous mountains in the world; Mount Fuji, located on the island of Honshū. Commonly used as a cultural icon of Japan, it was not much of a surprise when the Kobe-based scientific research institute RIKEN Center for Computational Science in August 2019 announced that it would use the mountain and its rocky peak as inspiration for both the name and logo of its flagship supercomputing project, Fugaku.

At that point in time, not a lot of people outside of a small part of the global scientific community had heard of Fugaku, which had started development in 2014 as the successor to the so-called ‘K computer’. That changed somewhat less than a year later when it made headlines around the world for - at least temporarily - beating both the US and China at something that is bound to define a large part of humanity’s future: ultra high-performance computing. Just like that, Japan also became home to the fastest computer on the planet.

In essence, a supercomputer is ‘just a computer’, but with a dazzlingly high level of performance, as it usually clusters multiple highly-performant, optimised machines which are all configured to accomplish a specific type of task (as opposed to general-purpose computers). This optimization will typically include finely-tuned hardware and custom processors and accelerators, a specialised network, vast amounts of storage, and so forth.

Conversely, the workloads that require a supercomputer usually have two things in common; they either require computation on a colossal amount of data, or they are very computationally-intensive - sometimes they are both.

Supercomputers are exceptionally fit for what is known as parallel computing, which refers to the process of breaking down larger problems into smaller, independent parts that can be executed simultaneously by multiple processors communicating via shared memory, the results of which are combined upon completion as part of an overall algorithm.

Fugaku is such a supercomputer, and in June 2020 it managed to capture the lead in an ever more important speed ranking that is currently dominated by American and Chinese machines in both absolute numbers and aggregate computing power.

As Fugaku was crowned the world’s fastest supercomputer in the 55th edition of the TOP500, as the twice-yearly ranking is called, it displaced US-based systems Summit and Sierra, and bumped a duo of Chinese contenders down to the fourth and fifth spots on the list. European systems did not make it into the top 5 in this particular game of tag, although there are systems in Italy, France, Germany and Switzerland rounding out the current top 20.

In November 2020, Fugaku solidified its number one status, while the brand new supercomputer known as the JUWELS Booster Module - installed at the Forschungszentrum Jülich in Germany - debuted at number seven on the list. HPC5, a system installed for commercial purposes at the Italian company Eni, ranked 8th.

The race is on, and it’s as global as it is crucial

Countries are locked in an expensive high-stakes contest to develop the speediest computers on the planet for bigger reasons than to merely demonstrate their technological and economical prowess (although that definitely plays a big part as well).

In reality, there are a myriad of motives driving and accelerating the development of high-performance computing systems and its underlying infrastructure by nation states, and political and economic unions such as the European Union.

This is despite the rather prohibitively high costs involved; the top systems typically cost anywhere between $500 million and $1 billion to develop, and require huge amounts of physical space and power to operate.

RIKEN says Fugaku will be made available for shared use, starting on 9 March. 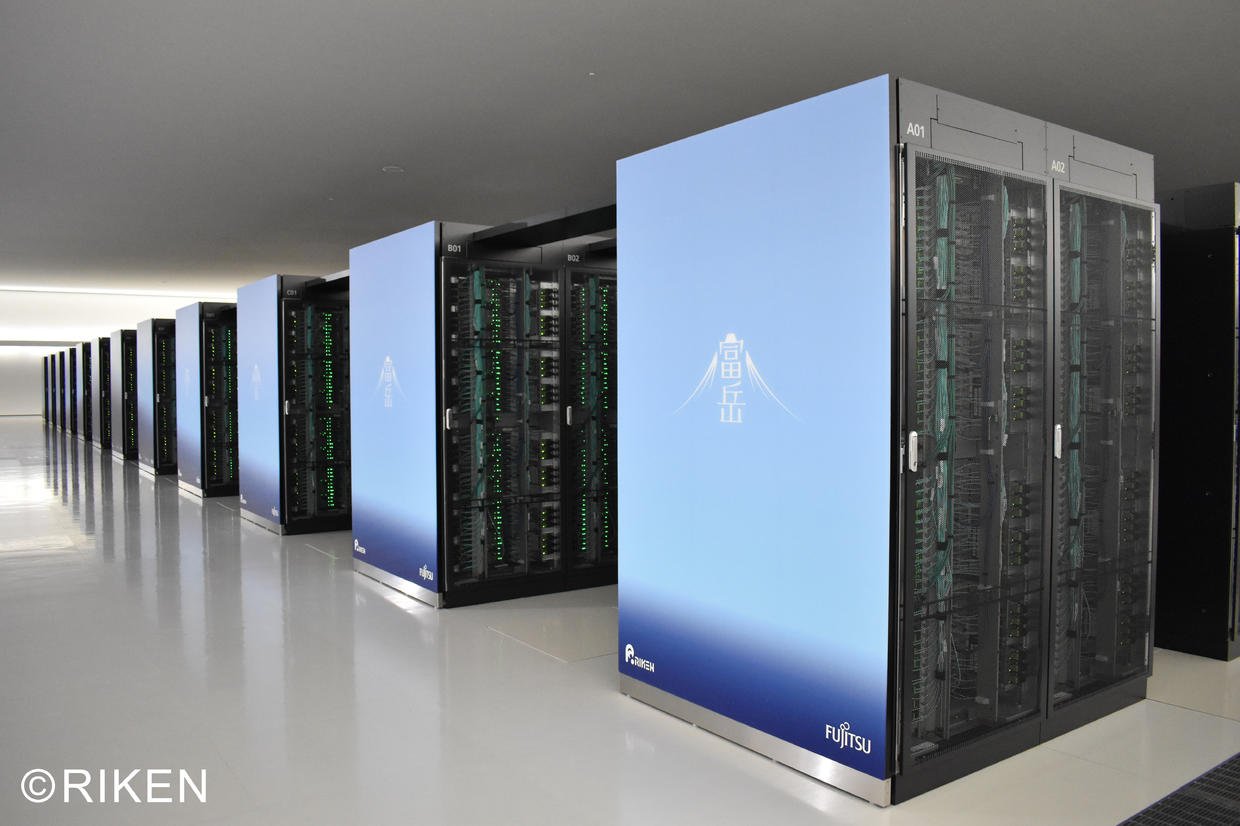 Supercomputers have been, and are being used to battle COVID-19 e.g. in the development of vaccines, and other ways to help fight the global pandemic. A platform built by an EU-funded public-private consortium called Exscalate4CoV, for instance, allowed rapid identification of safe-for-humans drugs for immediate treatment as well as for novel coronavirus inhibitors to address future emergencies. Another initiative worth noting is the COVID-19 High Performance Computing Consortium, a private-public effort spearheaded by the White House Office of Science and Technology Policy, the US Department of Energy and IBM.

Other major reasons for nation states to develop high-performance computing systems include modern warfare and other military purposes, as supercomputers play a vital role in tasks such as weapons design, code-breaking, artificial intelligence, and the analysis of data on major (historical and current) armed conflicts and future security threats.

And even though the pioneering supercomputers date back to the 1960s, in many ways it feels like this technological race between titans is only just getting started.

China continues to dominate the aforementioned TOP500 ranking in terms of system count, claiming close to half of the world’s fastest machines with 228 supercomputers on the list, and the country is expected to continue competing intensively with RIKEN, alongside the United States, to reclaim the top spot away from Fugaku in the near future.

The consensus is that it will be difficult for the Japanese research center to hold on to its fastest supercomputer crown for much longer; there are multiple, deeply invested and deep-pocketed parties interested in taking it away from them, and the stakes are ever higher.

From mobile chips to processors for the world’s swiftest computers

There is another reason why the development of the Fugaku supercomputer is such a remarkable feat, and marks a major milestone in the world of high-performance computing.

RIKEN’s partner in the creation of Fugaku, information technology juggernaut Fujitsu, chose to design microprocessors for the supercomputer using the basic technology at the heart of billions of smartphones, an unusual choice for high-performance computing systems.

To pull that off, the company licensed chip designs from Arm, a Cambridge, England-born semiconductor and software design giant that is now owned by another Japanese conglomerate: SoftBank and its Vision Fund.

In September 2020, Nvidia offered to buy Arm for the eye-watering sum of $40 billion in cash and stock, which would make it the largest semiconductor acquisitions in history, but at present the deal is not done. There is plenty of opposition to the proposed transaction for several reasons, including national security.

Fujitsu/RIKEN's choice for the above-described type of microprocessor certainly made waves; the world of supercomputer chips is mostly in the hands of AMD, Intel and Nvidia, and they have typically evolved from processors that were used for personal computers and servers.

It is also a testament to how much of a driver for change the recent technological advances within the mobile phone manufacturing and (largely open) mobile software industry have been for the world. 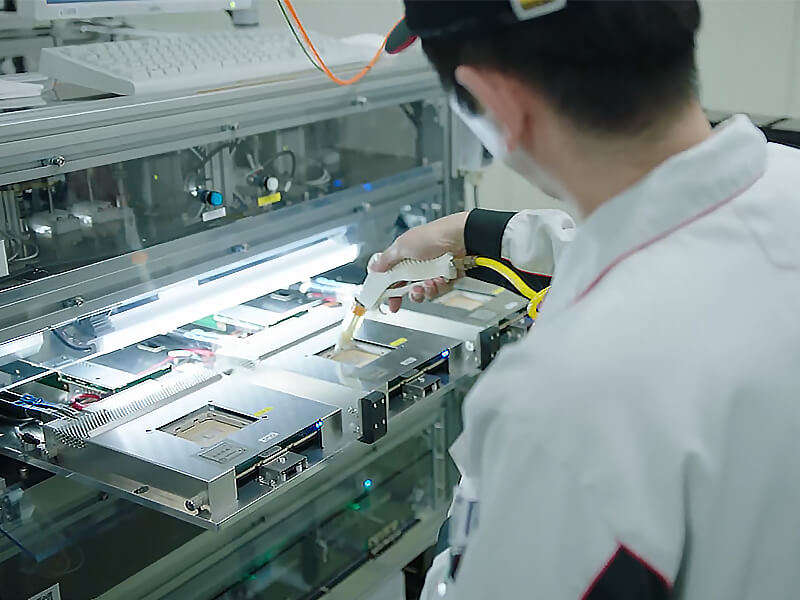 For more perspective on this, I turned to Mateo Valero, the director of the Barcelona Supercomputing Center (BSC), a unique high-performance computing centre which brings together a staff of more than 600 scientists devoted to research on future supercomputers.

Valero says the vision for using mobile chips for supercomputers was actually born at the Barcelona Supercomputing Center almost a decade ago, when the centre debuted the ‘Mont-Blanc projects’. Its aim was to design a new type of computer architecture - based on Arm processors, which stood out for its high level of energy efficiency - capable of setting future global HPC standards.

The motivation behind the Mont-Blanc projects was Valero’s belief that Europe needed to have its own supercomputing technology to be technologically sovereign, and that supercomputers based on European components had to be designed (more on that later).

This background mission was cut short, however, when Arm was acquired by SoftBank in 2016 for $32 billion, the Japanese juggernaut’s largest-ever purchase.

Says Valero: "Today, we can see that part of the result of our investigations has been reflected in the world's fastest supercomputer, Fugaku. This satisfies us enormously, because we also maintain a constant and very close investigative relationship with Fujitsu and Arm, but we also regret that this technology is no longer European.”

Stay tuned for the next chapter, in which we'll dive into the software part of the high-performance computing equation, and the RISC-V instruction set architecture.

In the third and final chapter, we'll zoom in on Europe's present and future ability - or lack thereof - to play a role in the global, high-stakes supercomputing battle.

Why the next generation of supercomputers will (need to) be built with open hardware and software: an introduction
Comments
Follow the developments in the technology world. What would you like us to deliver to you?
All