It’s no secret that 2020 was an explosive year for education technology. The US sector attracted $2.2 billion according to EdSurge, a 30% increase over the $1.7 billion raised in 2019, and if you’re a teacher or a parent, edtech might have been a “nice to have” before the global pandemic but is now a “must-have”.

Such is the case for the relatively under-the-radar Madrid-based startup, Lingokids.

Over the course of 2020 the firm tripled revenues, topping out around $30 million, added over one million users per month, and now has a customer base of 25 million registered users. The ambition at Lingokids is strong; they aim to reach 50 million users by the end of 2021 and double that figure again to 100 million by the end of 2022.

That’s the type of traction that garners the attention of investors. So much so, that German game and toy, and most notably, puzzle maker Ravensburger stepped in last October and invested $10 million in a Series B round. 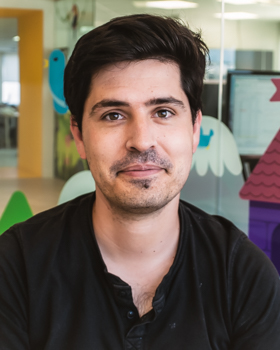 Founded in 2013 by Cristobal Viedma when he created an app for his niece to assist her English language learning; Lingokids officially launched in 2016.

The company is currently undergoing a transformation, evolving from “just” a language learning tool towards a more forward-looking, fully-fledged educational platform. They’re working on content and games that not only teach everyday skills such as new words, colors, numbers, or animals, but also 21st-century soft skills like creativity, environmental sustainability, collaboration, communication, and critical thinking.

While all of Lingokids’ content is developed in-house, they do collaborate with the Oxford University Press and have increased their focus on STEM games, equipping students early on with relevant skills for the reality of the job market. Through their focus on “playlearning” Lingokids believes that the more children play, the more they’ll learn. And it's exactly this philosophy that landed Lingokids a spot on LinkedIn's "Spain's 10 Most Promising Startups" in September of last year.

But it’s not all fun and games, as Lingokids has taken care to ensure that parents, many of whom have become de-facto, part-time educators over the course of the pandemic, are included in the journey. Lingokids launched their dedicated Parent Community in January of 2020, and adheres to the recommendations of the American Association of Pediatrics when it comes to an ad-free environment.

And while the company has grown leaps and bounds, Viedma’s family approach remains at the core.

“The team plays the most important role in what you’re doing. It’s essential to trust them and what they’re doing: They’re the experts. Having a good People & Culture team has also made a big difference. The fact that we have a multicultural team with different backgrounds and points of view brings so much to the table,” says Cristobal.

But growing up isn’t always easy and finding the right family members can be even more of a challenge. Especially when pointing to a commitment to diversity as a fundamental factor in innovation and development.

“Diversity, in all the breadth of the word, is the best stimulus for innovation. That’s why at Lingokids we seek talent regardless of gender, age, origin, or background, and we strive to create an inspiring work environment that allows each person to unleash their ingenuity and creativity,” explains Leticia Castro, Head of People & Culture at Lingokids.

Lingokids counts approximately 100 staff members from 20 different nationalities and is looking to bolster these numbers even further with an additional 30 hires this year.

With ambitious goals, solid funding, and a focus on a truly inclusive and multi-cultural atmosphere, Lingokids is on track to solidify its position as a global leader in a field that's only bound to expand in the coming years.

With 25 million users, Madrid-based edtech Lingokids tripled growth over 2020, looks towards rapid expansion
Comments
Follow the developments in the technology world. What would you like us to deliver to you?
All

NEXT
This Week in European Tech: billions of dollars as Cazoo and Lilium go SPAC, Deliveroo's IPO flop, Glovo's big funding round, and more
Happy Friday! This week, our research team…
Robin Wauters