Tech.eu Insights creates insight and guides strategies with its comprehensive content and reports. Browse popular Insights content.
Examine the effects of the latest technology with the Tech.eu lens, see the details and create powerful strategies. Take immediate action to access exclusive articles and reports.
Review Advantageous Packages
Does your company have Insights access? Check it
Energy
Sponsored by JETRO

Battery innovation is the cornerstone of some of the most important industries of today, from smart mobility to a broad range of sustainable energy endeavours. And yet, the old trusty Li-Ion battery has been the standard across most electric applications. Smartphones, electric cars, drones, satellites, and power storage systems are largely dependent on that technology and the supply of rare metals that make it possible.

PJP Eye, a startup born in Japan and currently extending a big presence in the UK, offers an alternative to Li-Ion batteries. According to the company's chief intelligence officer Inketsu Okina, PJP Eye's carbon-based technology allows for sustainable manufacturing and recycling, while also providing superior energy density, safety, and longevity.

The company has received the Tech Rocketship Award from the UK government, and is gearing up to extend its European presence by moving its headquarters to the UK. This way, PJP Eye expects to get closer to some of the leading EV manufacturers, who would benefit most from its products.

Is there a problem to solve?

The conventional Li-Ion battery has taken the world very far in terms of technological development, and is still being used with relatively few problems. However, several issues have emerged over the past decade that are getting harder and harder to ignore.

The first issue has to do with human rights violations in the process of mining cobalt, one of the metals used for electrodes in Li-Ion batteries. More than 60 perecnt of the world's cobalt is located in the Democratic Republic of Congo (DRC), a place notorious for using child labour in the mining industry. Back in 2019, human rights firm International Rights Advocates even filed a lawsuit against Apple, Google, Dell, Microsoft, and Tesla on behalf of 14 parents and children from DRC, accusing the corporations of “aiding and abetting the cruel and brutal use of young children in to mine cobalt, a key component of every rechargeable lithium-ion battery used in the electronic devices these companies manufacture.” No conclusion has been reached in the case as of yet.

Another problem with the current Li-Ion batteries is a geopolitical one. It turns out that one country — namely, China — has de facto monopolised cobalt mining in DRC. On one hand, this gives China an unfair advantage on the market, as it's able to price the locally manufactured batteries lower than pretty much everyone else. On the other hand, the country effectively controls the supply chain for a wide range of appliances sold across the world, which creates a potentially dangerous situation given China's historic tensions with the US and the West in general.

The third important issue to take into account is that Li-Ion batteries may be prone to overheating, catching fire, or even exploding in certain circumstances. Without going too deep into the battery chemistry, this is due to the weak bond between cobalt and oxygen, which is something little can be done with. Apart from being outright dangerous, this issue also limits the speed with which a Li-Ion battery can be charged.

Longevity is another issue that’s worth mentioning. The relatively small amount of charging cycles that a conventional battery can survive creates a number of serious concerns. First of all, it perpetuates the unsustainability with more and more batteries required to be produced. It also adds replacement costs to be paid by customers every two to three years, as well as the maintenance cost, while the used batteries have no resale value and can’t be recycled properly.

From metals to carbon

The alternative battery developed by PJP Eye (and its predecessor, Power Japan Plus, together with Kyushu University) substitutes the rare metals in electrodes with carbon recovered from organic cotton — or, in fact, any organic material that can be converted into carbon.

“We use cotton that can grow everywhere on the planet, and we don't rely on any country's supply chain,” said Okina. 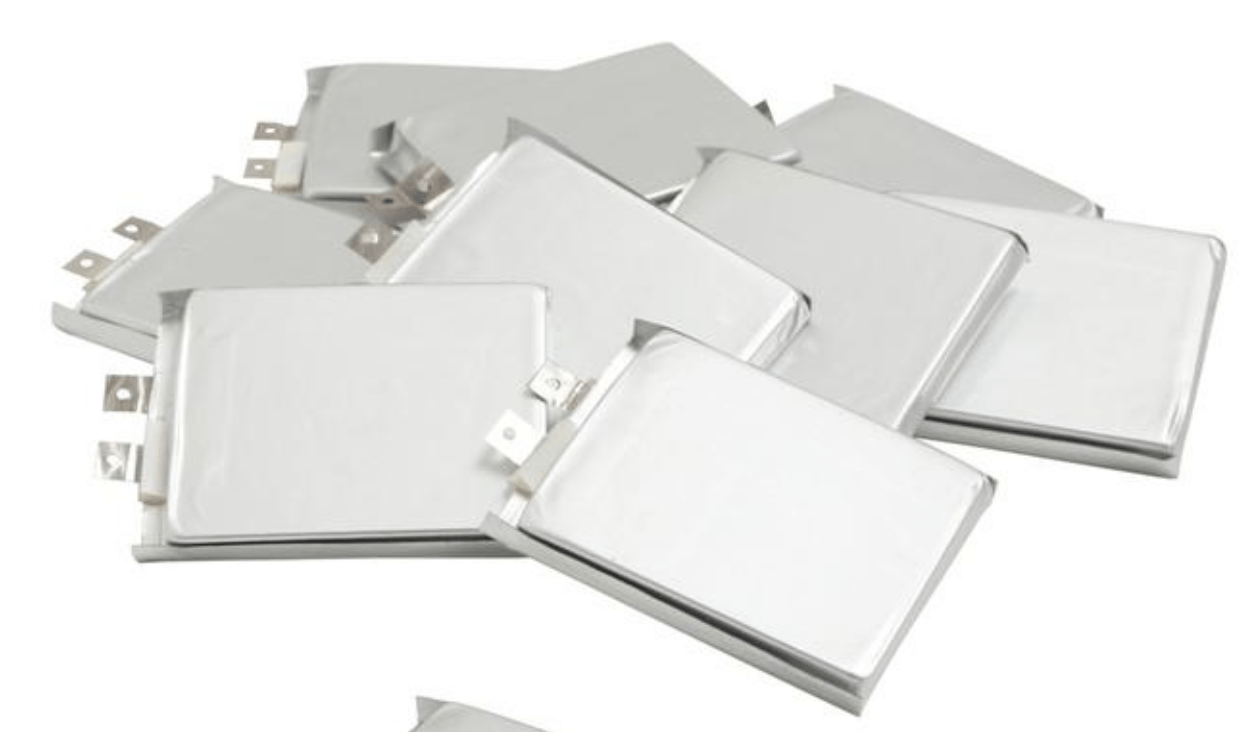 At the moment, PJP Eye has already begun mass-producing what it calls a single carbon battery, which means that one of its electrodes is made of carbon, and the other of common metals. With this improvement, a single carbon battery offers 10x faster charging and over 8,000 battery cycles, compared to up to 1,500 cycles for conventional batteries. It is also much safer and won't heat to more than 50°C in situations where a normal battery would reach 300°C and higher.

The catch with a single carbon battery is that it doesn't provide the power density — and, consequently, the voltage — that you'd expect from a high-quality Li-Ion battery designed for EVs. This means that its output of 3.6V wouldn't be a fit for applications like electric cars or airplanes that normally require 4.2V. However, it works perfectly for things like e-scooters, satellites, small drones, and energy storage solutions.

Speaking of storage, PJP Eye is preparing to bring a device of its own — a charging station that comes in 990Wh and 1440Wh variants — on Indiegogo somewhere in mid-May. The jumbo power bank can be used in a wide range of scenarios, from camping to emergency relief operations, and is expected to cost about 1.5x of a similar appliance using a traditional Li-Ion battery. Unlike the latter, however, PJP Eye's device can be fully charged in just 40 minutes. 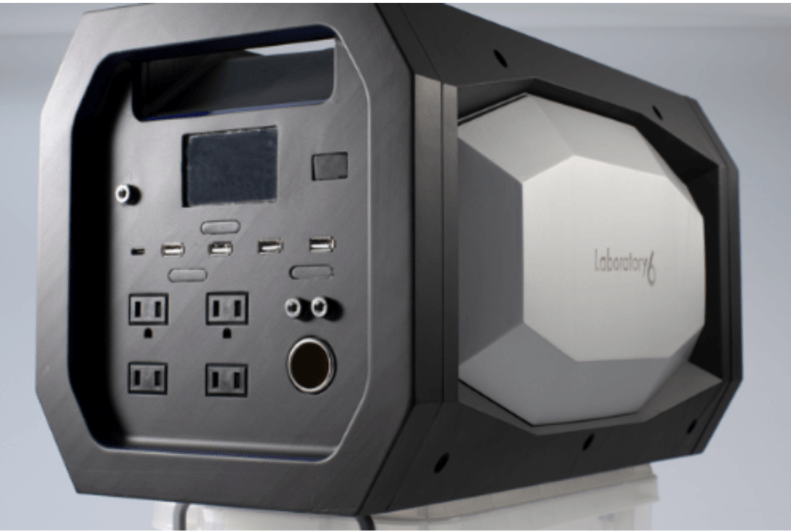 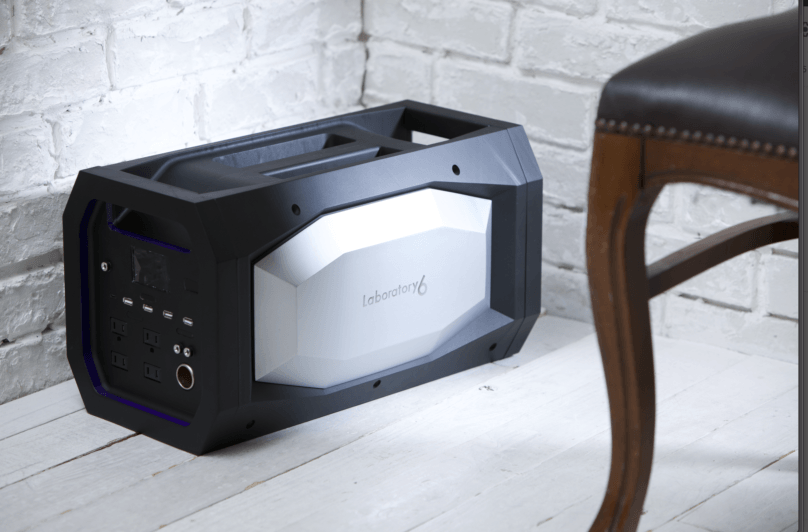 As for electric vehicles and other applications that require high voltage, PJP Eye is working on a way to replace both electrodes in its battery with carbon — both to fully get rid of rare metals, but also to allow for higher voltage, namely 5.2V. Known as a dual carbon battery, it is yet to reach the production stage, but with a proof of concept already completed, Okina is sure that it will happen within the next two years.

Currently, a carbon battery is more expensive than a traditional Li-Ion one, which Okina explains by the lower production scale. Theoretically, the price can get to the same level in the future, provided the technology gets adopted across industries and geographies.

From Japan to the UK

With the single carbon battery at an early stage of mass production and the dual version in active development, PJP Eye has come to an extremely important time in its journey where internationalisation becomes key to success. That's why the company is gearing up towards moving a big part of its operations and R&D to the West, in cooperation with Warwick University in the UK and Binghamton University in New York.

“The UK government is very interested in sustainability, and it is providing support in the form of grants and business opportunities for companies like ourselves,” Okina said. “So for the dual carbon battery development, we want to do it in the UK. We see a lot of potential there.”

The move has been hampered by the COVID-19 restrictions, but PJP Eye's goal is to set up a base in Coventry, one of Europe's main hubs for battery tech and EV research.

For the first time in its journey, the company is now also looking for VC funding in Europe to fuel its progress and get a hold in the ecosystem.

At the end of the day, Okina describes PJP Eye's goal as twofold. For developed countries, a carbon battery could become the cornerstone of smart city infrastructure and sustainable electric vehicles. For the emerging world, however, it could be even more important, providing efficient and safe power storage to off-grid locations. To that end, PJP Eye is already working with the UN on concrete applications of its single carbon battery technology.

“We want to distribute off-grid energy solutions to unelectrified areas because lack of energy is the source of unfair conditions of the world,” Okina said. “Children in DRC are mining cobalt — but at the same time don't have lights at the school and houses. So the chance of getting proper education for them is limited, while their labour is providing smartphones, laptops, and EVs improving our lives in developed countries.

“Our CEO Hiroaki Nishina started this company to provide children with basic energy so that they can receive proper education and medical care. This social contribution is the core of the company and it's in our blood.”

The company's ambition is to create battery technology that could improve the lives or people and the efficiency of cities and vehicles — and it feels like we may be reasonably close to a tectonic shift in the energy world.

“Currently, the traffic lights, surveillance cameras and other public service appliances are using lead-acid batteries,” Okina said. “The reason is that they want to avoid explosions. But with our battery, it won't be a problem — so we can charge the street infrastructure, office buildings, houses, and basically everything off-grid.”

PJP Eye: Plugging sustainable battery technology from Japan into the European ecosystem
Comments
Follow the developments in the technology world. What would you like us to deliver to you?
All