Tech.eu Insights creates insight and guides strategies with its comprehensive content and reports. Browse popular Insights content.
Examine the effects of the latest technology with the Tech.eu lens, see the details and create powerful strategies. Take immediate action to access exclusive articles and reports.
Review Advantageous Packages
Does your company have Insights access? Check it
SaaS
Sponsored by Accel

Is Europe taking the global lead in SaaS? Submissions for the Accel 2021 Euroscape are now open, and here's why you should apply

Editor’s note: This is a sponsored article, written by Philippe Botteri, a partner at VC firm Accel, as a follow-up to earlier guest posts on their annual list of the top 100 SaaS companies in the European + Israeli SaaS startup industry, with the help of Varun Purandare and Candice du Fretay.

You can now put your company forward for Accel’s 2021 Euroscape, the list of the top 100 SaaS companies across Europe and Israel. All information submitted is confidential and applications close on 31 August, 2021.

If you want the chance to increase your company’s visibility across the ecosystem, apply now!

It’s now five years since Accel launched its inaugural Euroscape report - SaaS Wars: Europe Awakens. Back then, we could already see that SaaS was exploding in both quantity and quality of companies:

However, the increased activity at the early stages had yet to translate into exits, with only four major exits as Qlik, Wix, Zendesk and Mimecast IPOed. The combined market cap of these companies was around $9 billion. By comparison, the US had seen around 60 SaaS IPOs with a combined market cap of close to $140 billion.

Five years on, and Europe and Israel’s SaaS landscape hasn’t just awoken, it’s well and truly soaring at all stages.

Last year saw an explosion of investment in private cloud companies founded in Europe and Israel, with funding hitting $13 billion. Not only is this a far cry from the less than $1 billion invested in 2016, it represented around 50% of the US market. The market cap of public cloud companies in Europe and Israel also hit $124 billion, which is just a slight jump from 2016’s $9 billion ;)!

We’re only halfway through the year and Europe and Israel’s SaaS companies are already making history. Just over a year since it announced its seed round, Hopin announced its $400 million Series C at a $5.65 billion valuation to become the fastest growing company in history.

Not long after this - and hot on the heels of its crowning as Europe’s first SaaS decacorn last summer - UiPath’s IPO in April saw it become the largest public cloud company born in Europe, with a market cap of over $40 billion.

Then, this summer, Celonis secured the largest private SaaS investment globally ($1 billion Series D), securing the company’s spot as Germany and New York’s most valuable start-up at a valuation of $11 billion.

With the largest IPO, largest private funding round and fastest growing company from seed to $5 billion+, are we witnessing Europe and Israel taking the lead in the global SaaS race?

Across Europe and Israel, 2021 is already set to become a SaaS record-breaker. As of 23 April, 2020, investment in private European and Israeli cloud companies had already hit $8 billion and the region had created $153 billion public market cap. 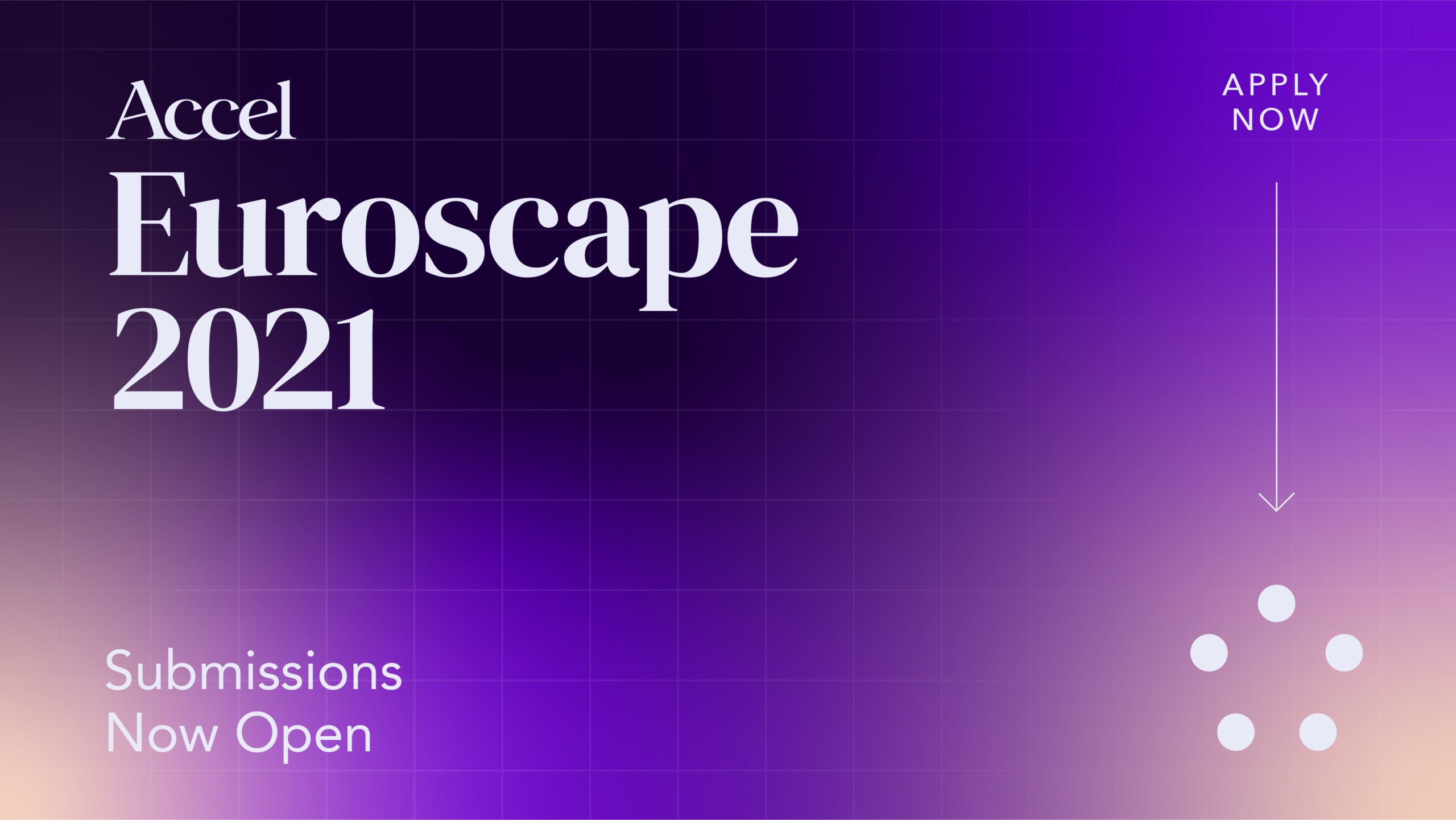 If you think your company has what it takes to feature in our 2021 Euroscape, apply now! Submissions close on 31 August, 2021. If your submission is successful, your company will feature in the Euroscape Top 100 list and associated content.

Similar to previous editions, the Euroscape ranking will be based on strategic and competitive positioning, growth rate and customer feedback via our partnership with G2.

See you there (virtually)!

Is Europe taking the global lead in SaaS? Submissions for the Accel 2021 Euroscape are now open, and here's why you should apply
Comments
Follow the developments in the technology world. What would you like us to deliver to you?
All

NEXT
Eurazeo raises more than €1.6 billion to further support European tech
Eurazeo has announced that it has exceeded initial targets for its growth strategy dedicated to…
Dan Taylor