Founded in 1999, OVHCloud has raised a total of €650 million over two rounds, the first a €250 million equity round that saw TowerBrook Capital Partners and Kohlberg Kravis Roberts (a.k.a KKR) participating, the latter a debt funding round of €400 million led by JP Morgan Chase.

The filing submitted to AMF reveals that the company had a turnover of €632 million at the end of its last fiscal year (ending 31 August 2020), a number up 8.9% year-over-year. Accounting for EBITDA this breaks down to €263 million. The company logs approximately 1.6 million customers, of which, “the top 50 account for about 8% of the business, and the top 500 about 20%.”

Looking at the geographic breakdown, 52% of revenues are generated from customers located in France, 28% in another European country, and 20% in the rest of the world. 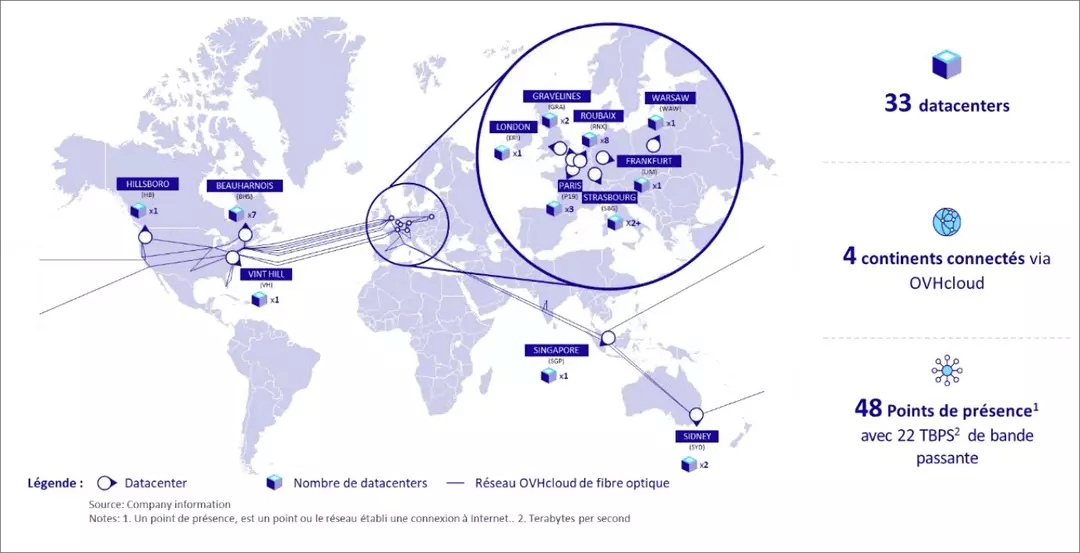 If the name OVHCloud is ringing any bells, yes, it’s the same provider the suffered a fire in March of this year, taking millions of websites offline including government agencies’ portals, banks, shops, news websites, and a fair chunk of .FR domains. It should be noted that as part of the filing OVHCloud declared a €58 million insurance claim compensation from insurers Axa.

French hosting provider OVHCloud quietly files for IPO, aims to raise €400 million
Comments
Follow the developments in the technology world. What would you like us to deliver to you?
All