As physical retail locations scramble to adapt to the new reality of shopping, Dent Reality is offering a one-to-one customer experience and has secured £2.5 million in a seed funding round. The offer combines an indoor positioning system, a digital map, and a user experience that uses AR to provide consumer navigation.

Augmented Reality technology has seen its ups and downs. I’ll admit, even I donned a set of Google Glass, and found the technology, well, shall we say, ‘interesting’ at best? However, with Microsoft and Face, er, Meta, building out their versions of the metaverse, perhaps AR might be coming into its own? I.e. a solution that’s finally found a problem?

Such is the case with Dent Reality, as they’re working on providing retailers with an all-in-one solution that will see consumers guided as quickly as possible to the object of their desire. A prime example? Try finding the gluten-free bread in your local supermarket chain. Once you know where it is, repeat the process in another store location from the same retailer. My guess is that said bread is going to be in a completely different location.

“Our vision is that every physical space will become digitally connected, enabling an entirely new type of interaction with the world around us. These 'smart spaces' will unlock rich information and transform billions of daily interactions for shoppers and retailers,” commented Dent Reality co-founder Andrew Hart. “Right now, the biggest players in tech are working on building next-generation augmented reality wearables, and we’re building the killer consumer use-cases for this transformative technology. In the future, providing a frictionless digital experience in a physical location will become as essential for every business as having a website is today.”

The startup has been trialing the service with major UK retailer Marks & Spencer at its Westfield London store in White City, a short cycle ride from my home, and yes, I’ve signed up to have a go with the experience myself and will update this article accordingly. 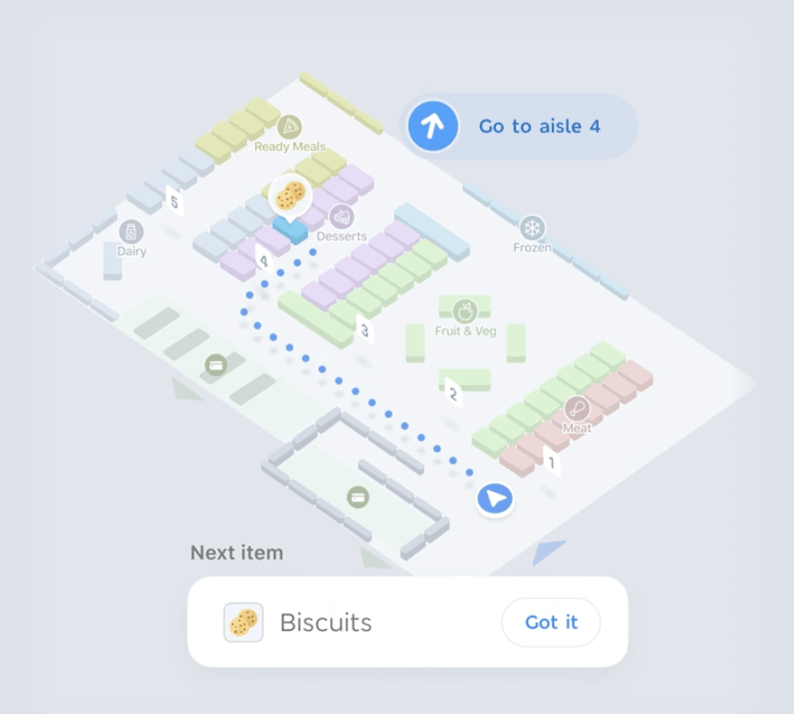 Dent Reality’s funding round was led by Pi Labs, and saw participation from Sugar Capital and one of the first backers of Oculus VR, 7Percent Ventures. A number of undisclosed angel investors are also backing the firm.

“Consumer habits and retail operations have been transforming for a number of years, but the past 20 months have turbocharged the necessity for businesses to create a digital layer for their spaces. Integrating physical environments with real-time digital information will prove to be a key factor in driving footfall for physical retailers as it creates an immersive personalised experience. As consumers increasingly adopt various augmented reality experiences, we believe Dent Reality’s technology will become a crucial customer engagement tool as it unlocks that essential solution which the industry can no longer afford to ignore as they compete with pure-play online retailers,” concluded Pi Labs’ Faisal Butt.

Aiming to get AR right for retailers, London’s Dent Reality raises £2.5 million
Comments
Follow the developments in the technology world. What would you like us to deliver to you?
All