The fintech industry outpaced all other tech sectors when it came to VC funding last year — and it is off to a supercharged start in 2022.
Jill Petzinger 04 March 2022
Share
Facebook Twitter Linkedin

Ahead of our Online: Fintech event, we took a look at our funding and exits data for the sector.

“Shut up and take my money!” pretty much sums up the attitude of investors towards European fintechs last year. In 2021, Tech.eu tracked more than 750 financing deals for European fintech companies, sometimes multiple rounds per company, adding up to a nearly €26 billion in investment. The biggest round hit almost €900 million, while a whopping 63 of them were over €100 million.

Talk of a "fintech bubble" seems to have quietened down for now, and the money is still flowing in 2022. In the first two months of this year, investors already ploughed €5.7 billion into fintech firms, far surpassing the €2.7 billion invested in January and February of 2021.

Whether payments, blockchain, crypto, neobanks, open-banking solutions, or e-trading, VC's post-pandemic appetite for fintechs is still on the up. Four out of Europe's top 10 most valuable tech companies in 2021 were fintechs.

Payments juggernaut Klarna scooped the lion’s share of investment last year, raising an eye-watering €1.45 billion, which gave it a valuation of over €37.4 billion, making the buy-now-pay-later leader one of the five highest-valued fintechs globally. Klarna came in far ahead of N26, SumUp, and Trade Republic, who raised between €700-800-million each. 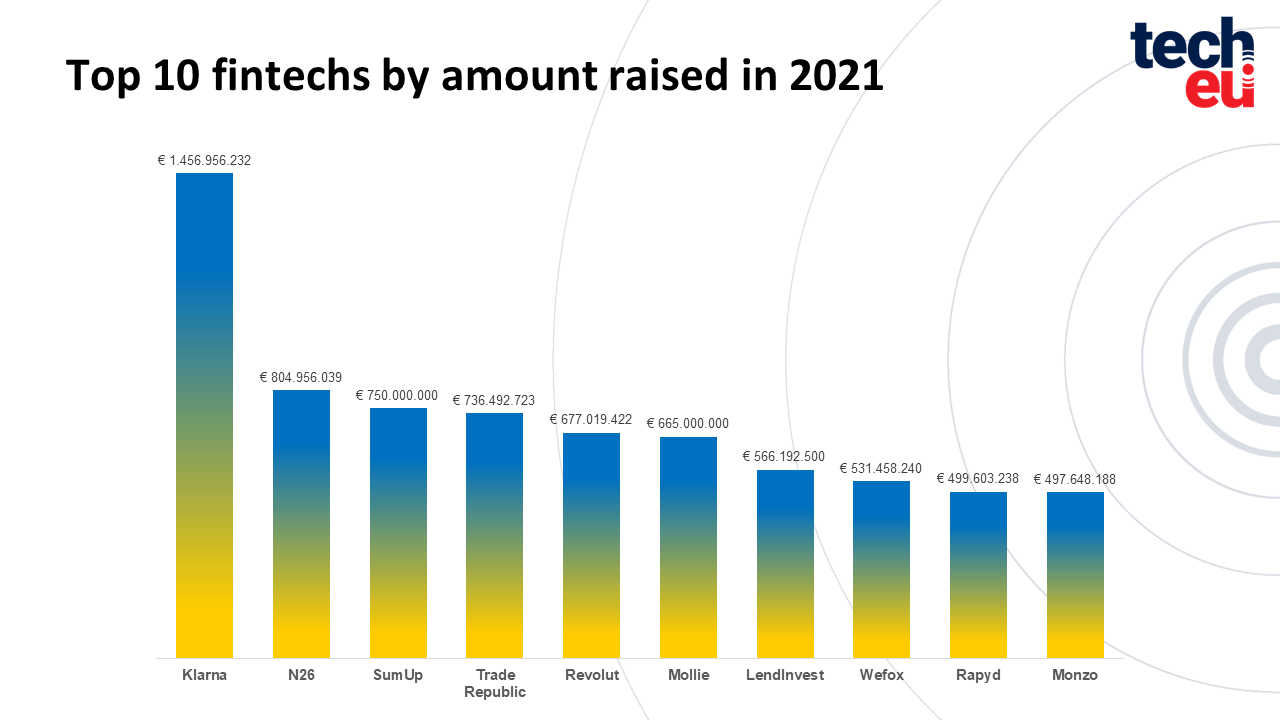 Accel and TCV led the pack as investors who have participated in the biggest amount of deals by investment total in 2021, but EQT, Tiger Global and Creandum were hot on their heels. 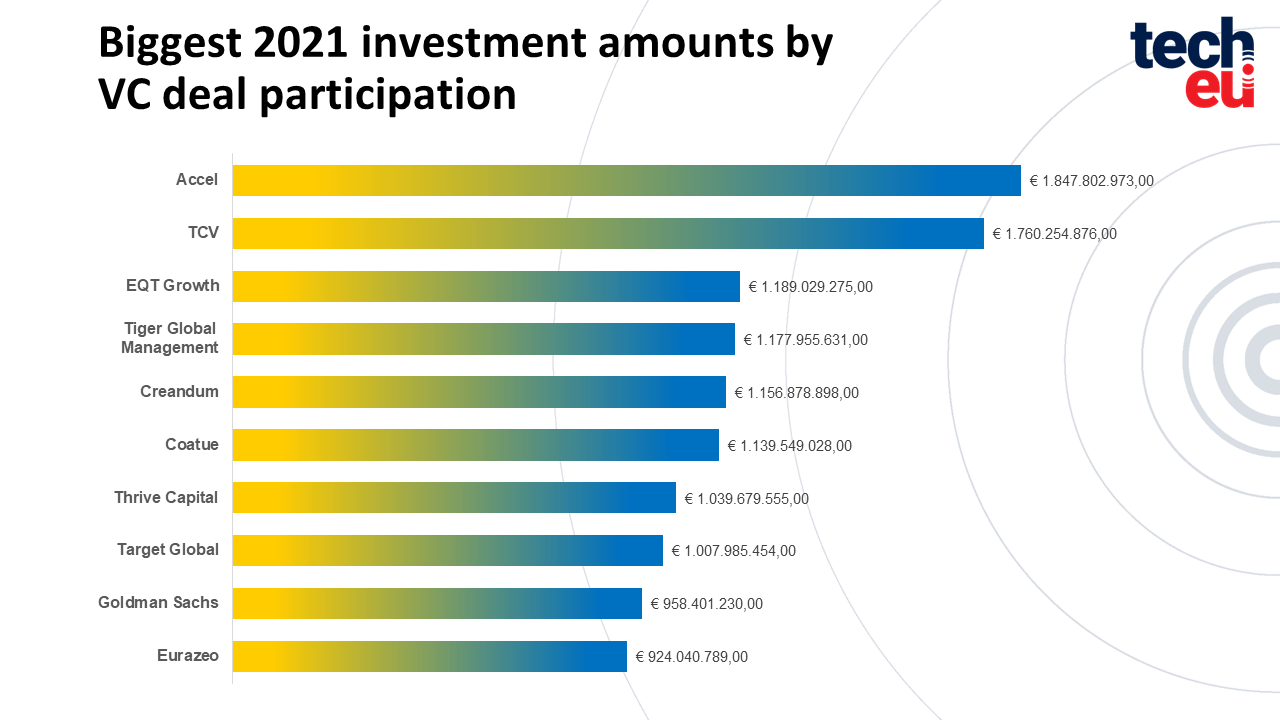 The UK is streets ahead of all other European countries when it comes to VC investment in fintech, at almost €12 billion in 2021. Fintech funding accounted for a whopping one third of the UK's total tech industry investment too. 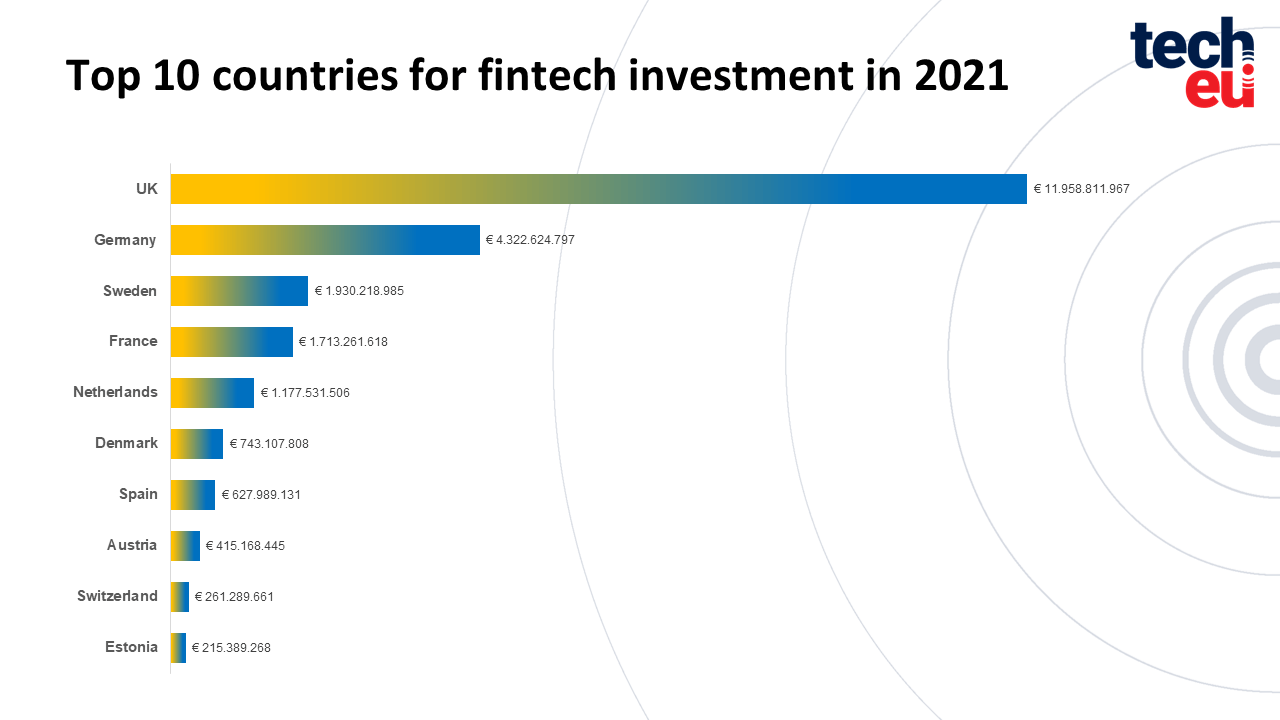 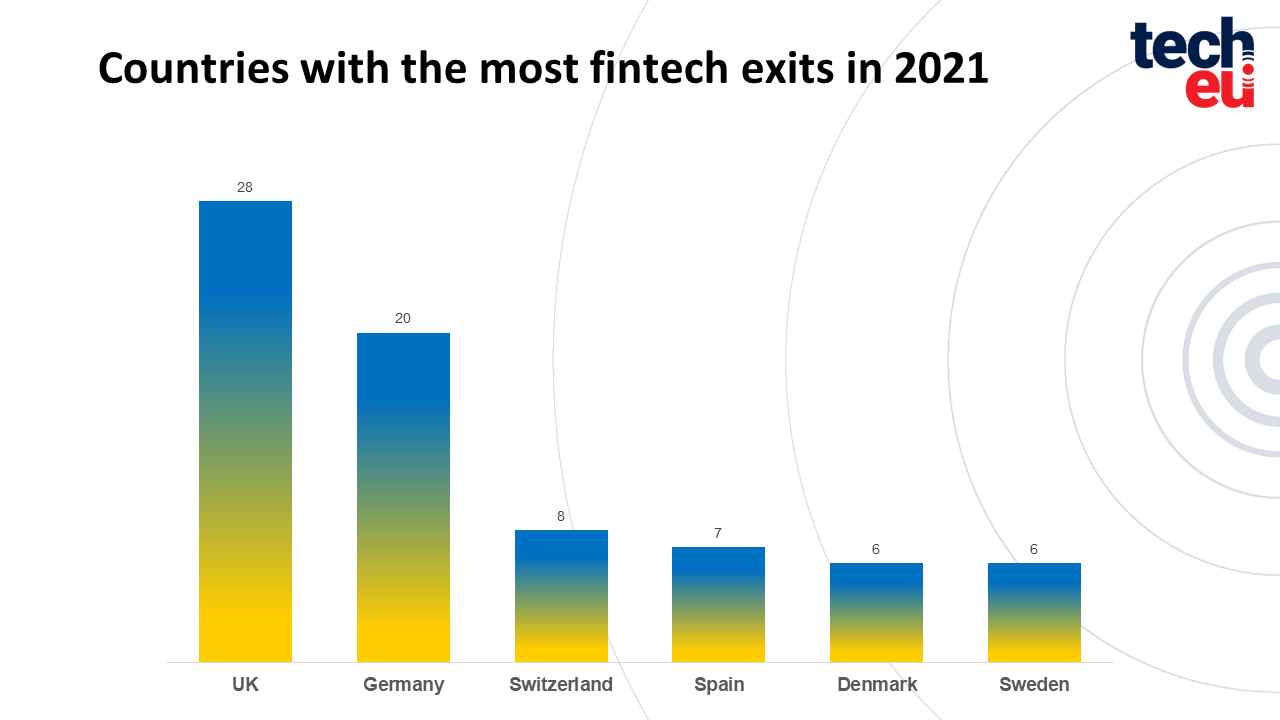 2021 saw a feverish 120 exits in total, and while most of the deal amounts remain undisclosed, the 27 that were disclosed amounted to €7.8 billion. Again, the UK saw the most exits, and had the most acquirers: 33 versus the closest countries US and Germany at 15 each.

Fintech is still on a roll, with the number of deals and exits increasing in both January and February 2022 compared to the same months last year. 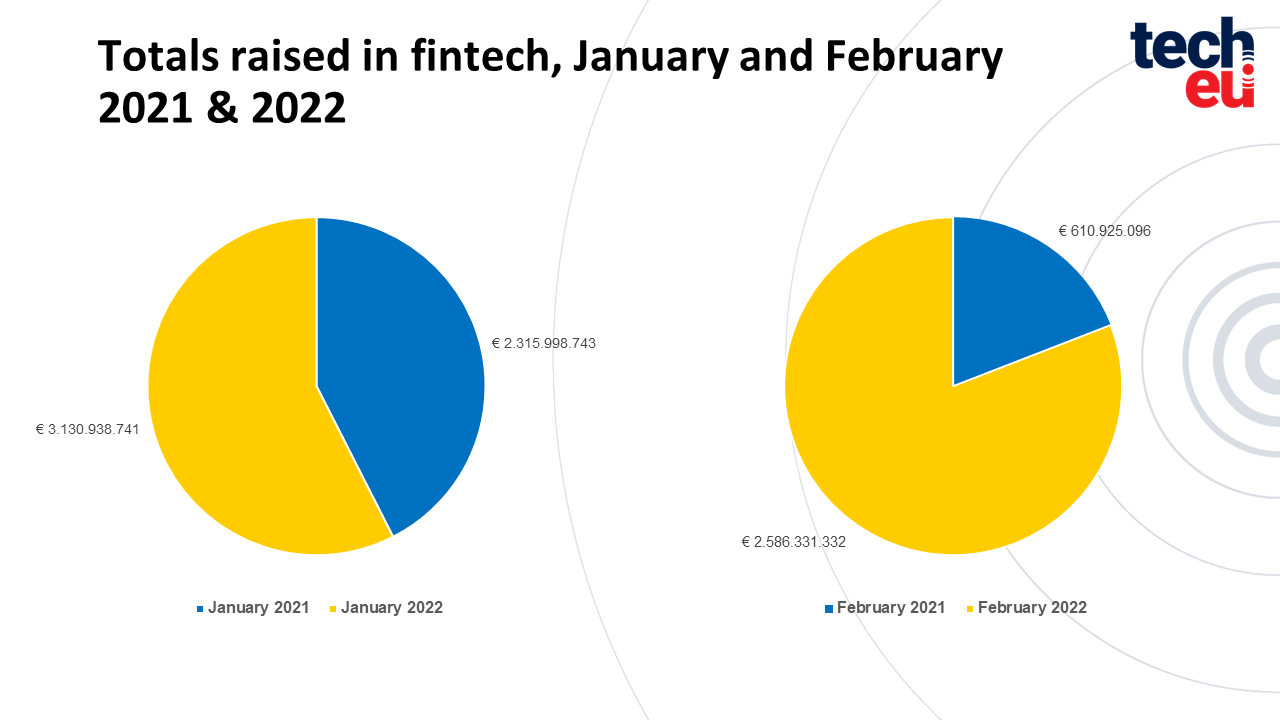 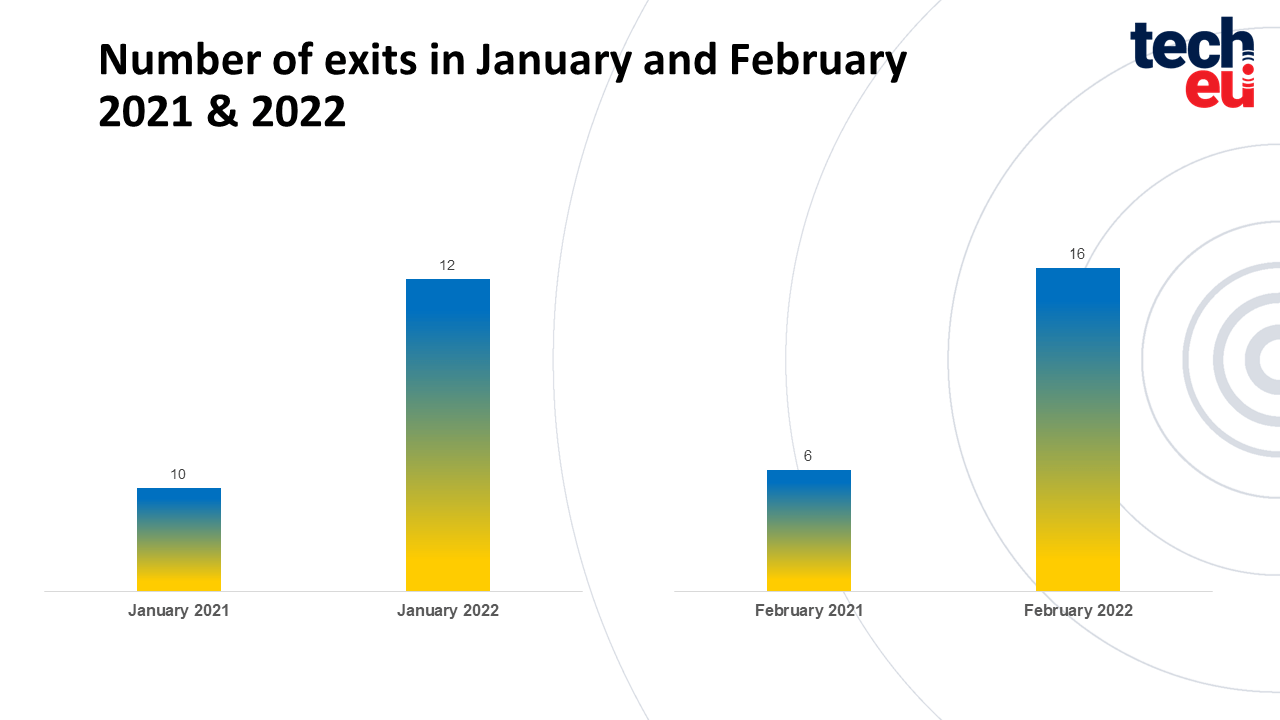 To get the inside scoop on trends transforming the financial industry, join the Tech.eu Online: Fintech event on March 9. We'll be talking to investors, analysts, and fintech innovators to get their insights on the present and future of this rapidly-evolving sector.

European fintech’s fierce last year of funding shows no sign of slowing in 2022
Comments
Follow the developments in the technology world. What would you like us to deliver to you?
All