Growth rate of European tech unicorns outstripped the US in 2021

A new report from i5invest shows unicorn birth rate in Europe was twice that of the US last year.
Jill Petzinger 28 February 2022
Share
Facebook Twitter Linkedin

European tech companies are forging ahead when it comes to creating new tech unicorns, according to a new report from i5invest, an Austrian tech M&A international advisory and investor firm.

Europe witnessed the birth of 85 new tech companies with a valuation of $1 billion or more in 2021, taking the total unicorns in Europe to 132, and registering a unicorn growth rate more than twice that of the US.

North America currently has four times as many startups valued at $1 billion + than Europe.

Also, US investors had a big role in creating these glittering creatures in Europe. Nearly 50% of the investors in Europe’s unicorn cap tables are non-European, and 77% of those are from North America. Out of the US investors, Accel had 19 European unicorns in its portfolio, Index Ventures 12, Tiger Global 10, and TCV and General Atlantic nine each.

The 2022 European Soonicorn & Unicorn Report, based on direct declarations from funds and public resources, showed that the UK is leading the charge in Europe, with 23 new unicorns created in 2021. Germany was next with 18, then France with 12, and three each in Sweden and Norway.

“In total, uni- and soonicorns in the UK and Ireland have created an incredible 63,000 jobs to date,” wrote i5invest CEO Herwig Springer. “Given the very promising soon-to-be unicorns in the pipeline, we will see stronger than ever the economic impact of tech startups in the region in the next 24 months.”

Eastern Europe comes last in terms of unicorn headcount, but still has some stars, and a median valuation of €2.7 billion and 2,000 employees.

A snapshot of other European regions shows that Klarna’s €37.4 billion valuation boosted the regional total of €74 billion. The DACH countries of Germany, Austria, and Switzerland have seen the highest job creation, with more than 70,000 people working in unicorns and soon-to-be unicorns. 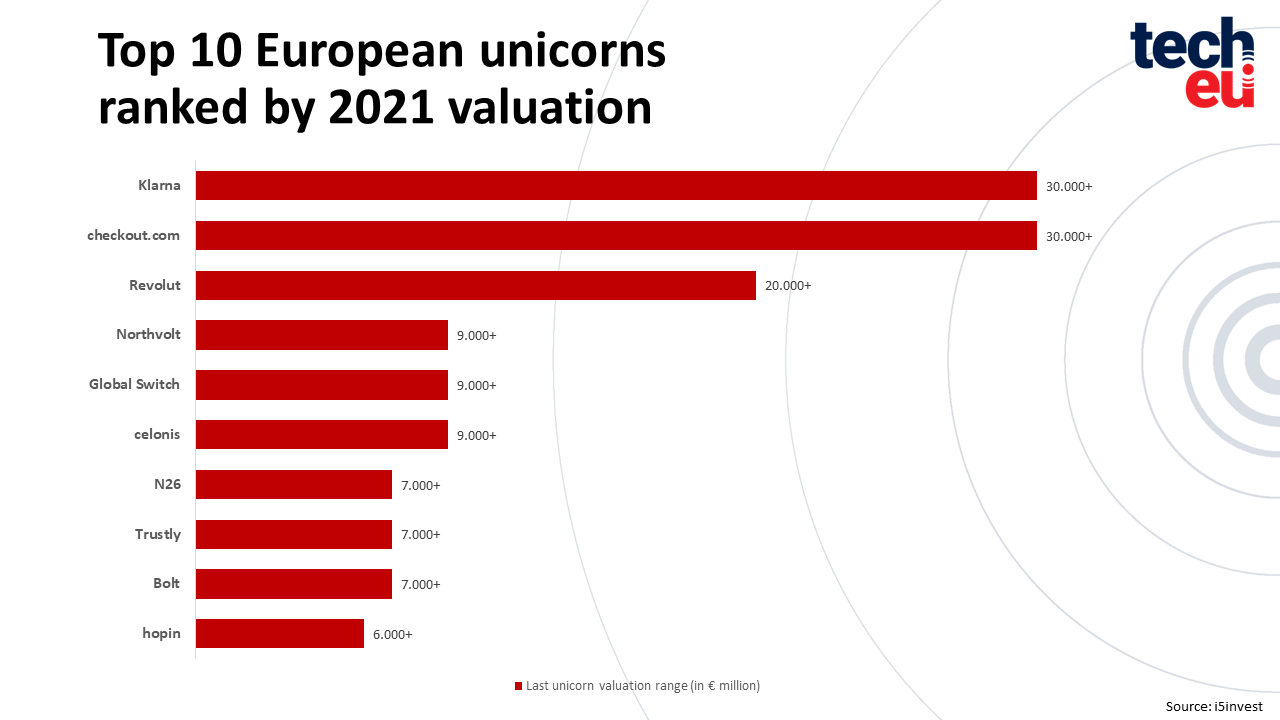 This year is already off to a robust start for European tech startups. Tech.eu reported recently that  they raised just over €12 billion in funding from a total of over 1,240 investors, across 450+ deals.

Predicting which startups will soon be joining the unicorn stable is a little tricky, so i5invest questioned European VCs for their expectations from their own portfolios. This amounted to a list of 253 startups they believe will cross the €1-billion-valuation line in the next 24 months. These currently have an average valuation of just over €285 million and average funding of around €121.million.

Fintechs are expected to lead the way, followed by AI & big data startups, then life science and health tech - and again, the UK has the most hopefuls.

The fintech sector was also the clear winner when it came to the highest valuations in Europe in 2021 with Sweden’s Klarna, then the Uk’s Checkout.com and Revolut, Northvolt in Sweden and Global Switch in the UK topping the tables (in that order). 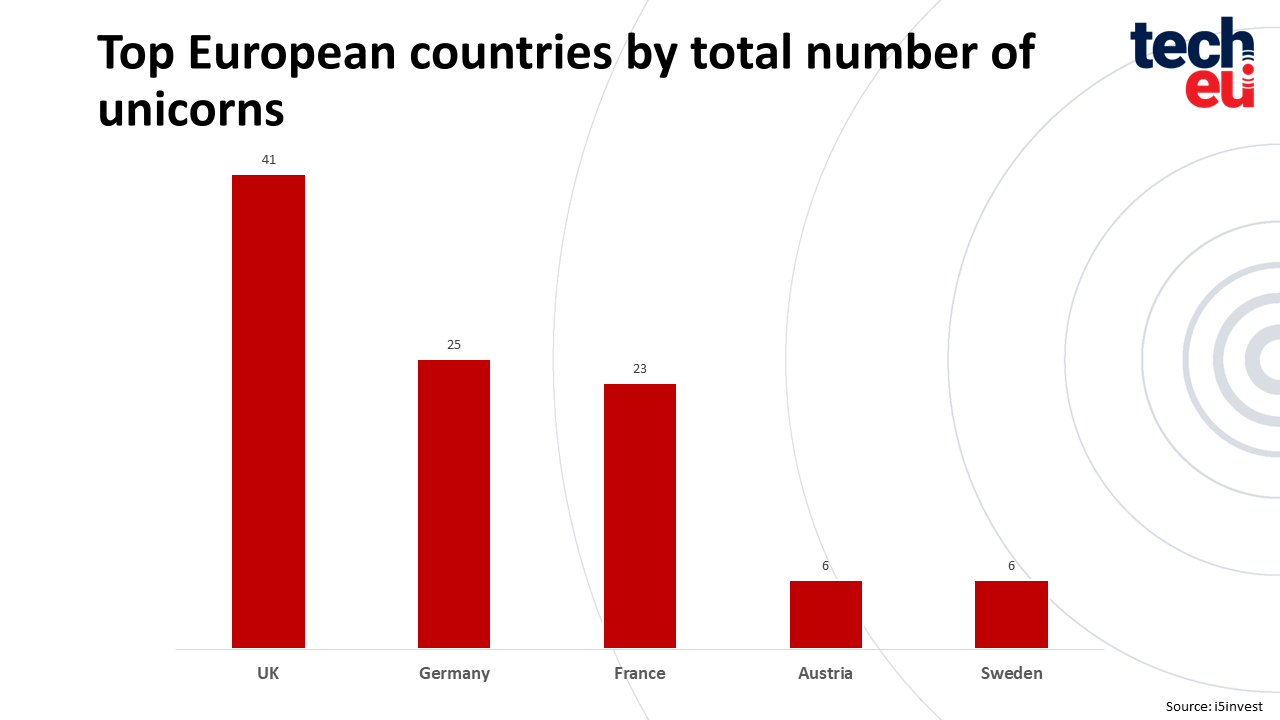 CORRECTION: This post was updated to correct the number of new unicorns created in the top five European countries in 2021.

Growth rate of European tech unicorns outstripped the US in 2021
Comments
Follow the developments in the technology world. What would you like us to deliver to you?
All

NEXT
London startup nabs $2.8 million to help parents invest in their kid’s financial future
The financial services industry is dominated by…
Megha Paul