Here's a roundup of this week's biggest European Tech funding rounds, exits, 'other news' that you need to be aware of, topped off with an overview of must-read articles on all things #EUtech.
Robin Wauters 03 June 2022
Share
Facebook Twitter Linkedin

This week, our research team tracked more than 110 tech funding deals worth over €1.8 billion, and over 15 exits, M&A transactions, and rumours, and related news stories across Europe. 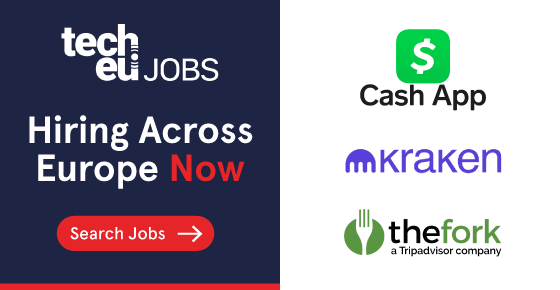 Rimac Group has raised another 500 million euros to help it build future Porsches, Bugattis, and Koenigseggs. SoftBank Vision Fund 2 and Goldman Sachs led the latest round of funding, which also included Rimac shareholders Investindustrial and Porsche.

Berlin’s Trade Republic has raised €250 million in a Series C extension led by Ontario Teachers’ Pension Plan Board (Ontario Teachers’), adding to the 2021 $900 million Series C led by Sequoia. It values the company at €5 billion.

UK fibre network Freedom Fibre has secured £100 million of scale-up funding as it looks to roll-out high-speed broadband to over two million premises in the North West.

Diabeloop, a French company specialised in therapeutic AI applied to insulin delivery, announced a €70 million financing round to accelerate its international expansion.

Odilo, a Madrid-based startup that has built a white-label platform used by businesses or organizations to build their own customized e-learning offerings in a B2B2C model, has picked up €60 million.

Denmark-based greentech company ZeroNorth has raised over $50 million in investment. The Series B round saw the participation of PSG Equity, existing investors A.P. Moller Holding and Cargill.

Helsinki-based Supercell, a game development company for tablets and smartphones, announced that it has acquired a majority stake in London-based online games developer Trailmix.

Parisian per-to-peer lender October has bought its competitor Credit.fr. Through this acquisition, October will be able to complete its know-how and enrich its processes to meet the financing needs of SMEs.

Swedish fintech Trustly has acquired UK-based competitor Ecospend, as part of a plan to strengthen the company’s position in the British market.

Back for round six, Paris-based early-stage backer Alven has announced an oversubscribed €350 million fund.

Bosch’s venture arm just announced its fifth fund, saying it’s on the lookout for startups with the “potential to improve quality of life and conserve natural resources.”The new €250 million investment vehicle ups the stakes from Bosch VC‘s prior fund by about $53 million.

Luxembourg and London-based Web3 venture capital firm Fabric Ventures has wrapped up a $140 million venture fund, which is twice the original target and more than $30 million above the original hard cap.

Multinational bank HSBC is investing £500 million in the UK tech sector through its 2022 £15 billion lending fund for small and medium-sized businesses.

Bilbao-based VC firm All Iron Ventures (AIV) has rolled out a €30 million fund to invest in other VCs. The new fund of funds, is backed by 80 investors, including both existing All Iron Ventures’ LPs and new investors.

Having helped lead Revolut through an intense period of stratospheric growth to today’s $33 billion valuation as VP Global Business, as well as driving Uber’s commercial efforts in over 45 countries as Director of Business at Uber, Atomico has added a rather hefty feather to its already impressive cap with the appointment of Don Hoang as its newest Partner.

London-based social enterprise builder and early-stage investor Zinc has announced the first close of its of £33 million fund at £28 million.

Polish early-stage VC company AIP Seed has unveiled a €25 million fund to back promising startups from Central and Eastern Europe.

Germany is set to launch a sovereign tech fund to support the open source software that underpins the internet amid fears the US could withdraw support for this neglected but crucial building block of digital infrastructure.

SumUp is close to securing a €400 million round.

The CEO of Russian tech giant Yandex has left the building.

EU countries and EU lawmakers are set to agree on a common charging port for mobile phones, tablets and headphones on June 7 when they meet to discuss a proposal that has been fiercely criticised by Apple.

The UK is working on a “bigger, better” rival to the European Research Council (ERC) as part of an alternative to the Horizon Europe, in response to growing fears that the country will not associate to the framework programme.

100 days of war in Ukraine: Stories of the rise and resilience of the nation's tech sector

Inside the Perfect Storm Battering the Amazon Aggregator Ecosystem

Op-ed: What the tech downturn means for founders, and how to navigate it

The City wants pension funds to roll the dice on startups, but it’s no easy bet

"Building for the next hundred years": Q&A with Jean-Charles Samuelian-Werve, co-founder and CEO of French unicorn Alan

London has retained the top spot as the most attractive city for foreign direct investment in Europe, according to data compiled by professional services company EY.

AI regulation filled with thousands of amendments in the European Parliament

This Week in European Tech: Hypercar maker Rimac raises €500 million, Supercell buys Trailmix, Germany plots major 'sovereign tech' fund, and more
Comments
Follow the developments in the technology world. What would you like us to deliver to you?
All

NEXT
Breaking down the silos of wearables Vital checks stats with $2.9 million
I’m going to guess that the Apple Watch, the Fitbit, the Garmin, or any number of other…
Dan Taylor