Berlin-based Friday Finance has raised $20 million in a Series A funding round led by Molten Ventures. The thrust will provide the craft with the lift needed to expand into several new markets, continue the development of both its product and technical offers, all the while beefing up the team size. To date, Friday Finance has clocked approximately $22.6 million hours on the flight deck.

Let’s call it like it is: running a business is never easy. Worse yet, keeping tabs on the finances is the stuff of nightmares. According to Friday Finance, on average, employees dedicate more than 4 hours per week to any number of repetitive (read: boring AF) finance-related tasks including expenses and budgeting. Yawn.

Now, I don’t know about you, but those are 4 hours a week that I’d much rather be creating something of use rather than being used to create something.

“We’re leaning heavily into full automation of financial management. We free up customers from worrying about mundane finance tasks, so they can focus on growing their businesses.” - Friday Finance co-founder Chris Zemina.

Friday Finance, formerly known as Airbank, is integrated with more than 2,000 banks and financial service providers including Deutsche Bank, HSBC, and PayPal, and reports that its get-it-up-and-running procedure is so simple that, “95% of our users got Airbank up and running in 30 minutes.” 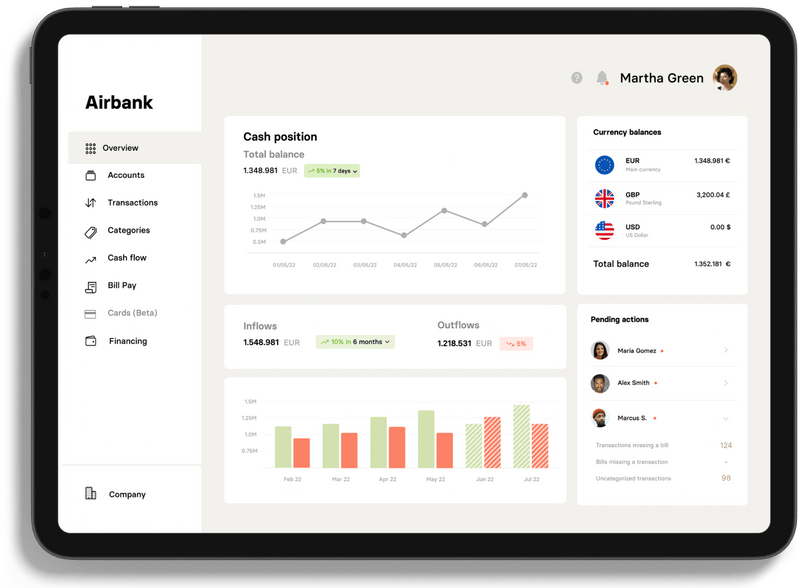 While certainly not alone in the cash flow management or accounts payable optimisation sector, Molten’s Vinoth Jayakumar sees something special in Friday Finance.

“While massive companies have been built by becoming the integrated platform for various business functions, there has yet to be an obvious winner in corporate finance. We've been spending the last few months thinking about how the finance software stack will evolve and we're super excited about the platform Friday Finance is building to be the hub of where all financial decisions are made.”

A strong prophecy to be sure. Only time will tell if Friday Finance buzzes the tower or pulls the pin on the ejector seat.

This article was updated on 18 November 2022 to reflect Airbank's rebranding to Friday Finance.

Friday Finance requests permission to buzz the tower with fresh $20 million
Comments
Follow the developments in the technology world. What would you like us to deliver to you?
All