Providing developers with the ability to deploy a complex architecture with a single click, and get a secure, fully built, managed infrastructure—in seconds, Parisian firm Platform.sh has raised $140 million in a Series D funding round.
Dan Taylor 20 June 2022
Share
Facebook Twitter Linkedin

Parisian enterprise-grade platform for building, running, and scaling web applications Platform.sh has raised $140 million in a Series D funding round. The capital will be used to power a recruitment drive aimed at meeting global expansion goals, as well as fund future acquisitions of new business and technology vendors. To date, Platform.sh has raised approximately $187 million.

Based on the (seemingly) simple concept that every company needs to be able to build great digital experiences’, the raison d’être behind Platform.sh is to remove the endless choices digital teams face when building, deploying, and managing web applications. From which backend system will serve the purpose best, to what framework and language to code in, the options are mind-boggling. And that’s nothing to say of what works today for a few hundred thousand users won’t be overwhelmed in due course should those user numbers multiply overnight.

Platform.sh’s solution is to provide an end-to-end offer that helps distributed teams build, host, scale, and manage any number of websites and web apps in different languages and different frameworks resulting in as smooth a collaboration as possible. 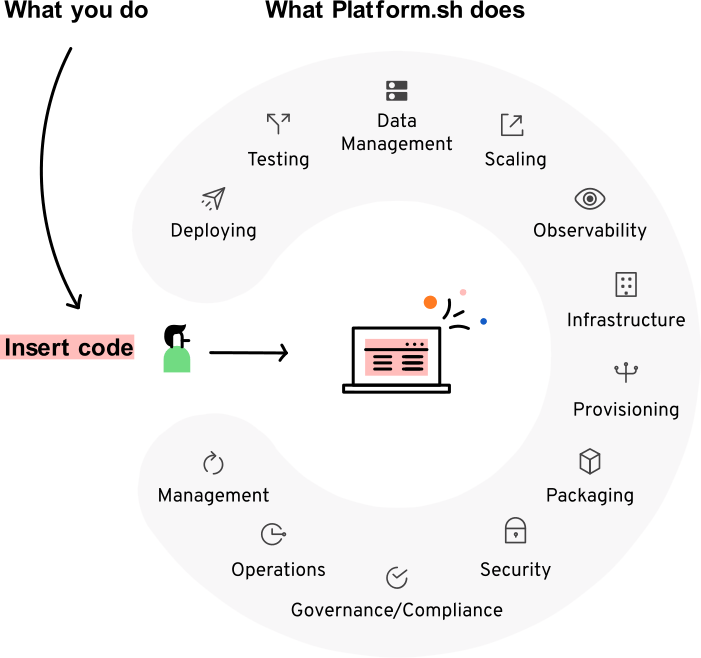 Already in use by firms such as Adobe and Nestlé, Platform.sh’s team is comprised of some 340 individuals, including those from last year’s Blackfire acquisition, working in 36 countries around the globe, and reports an ARR figure north of $40 million.

“When we launched Platform.sh, we wanted to build a very powerful cloud platform that simplifies the cloud experience for web developers, making sure they spend time on developing and zero time on cloud infrastructure,” explained CEO and co-founder Fred Plais. “Our approach has quickly inspired global corporations to manage thousands of websites and applications efficiently and securely to help them make informed, greener decisions when hosting web apps.”

“The website is core to the brand and customer experience, and as such, uptime, cross-functional collaboration, and rapid iteration is table stakes,” said Morgan Stanley’s Pete Chung “Fred and the team at Platform.sh have built the market-leading platform to tackle these issues head-on.”

Platform.sh raises $140 million in Morgan Stanley co-led round
Comments
Follow the developments in the technology world. What would you like us to deliver to you?
All