Stotles raises $6.5 million as it seeks to help businesses deal with government

London-based Stotles has raised $6.5 million in a seed funding round as it aims to build a better mousetrap when conducting commerce with government institutions. The funding will be used to blow the dust off a number of antiquated processes, further develop the startup’s product, remove all the pens and paper from the purchasing department, grow the team, and conquer new, er, expand into new markets. Since August of 2019, Stotles has raised a total of $8.3 million.

There’s no denying, that when it comes to purchasing power, nothing beats a good ol’ fashion government for spending dollars on the penny, and being on the supply side of this equation is the stuff that boats and homes on the southern coast of France are made of.

One case in point: Microsoft and AWS stopped just short of rolling out their own personal militias, well-regulated militias of course, when the US government’s JEDI (Joint Enterprise Defense Infrastructure) contract was up for grabs. Hey, it’s the US, the big money is always in defense, right?

However, with governments increasingly listening to constituents, or at least that’s what I’d like to believe, when it comes to enacting some changes in regards to crimes against the planet, that’s also a hefty chunk of change lying on the table.  A table that’s been notoriously difficult to deal with.

Coupled with a plausible guise of increased transparency, governments are making more of their information available, however, that doesn’t mean it’s always accessible or actionable for businesses. And therein lies the precise raison d’être behind Stotles. 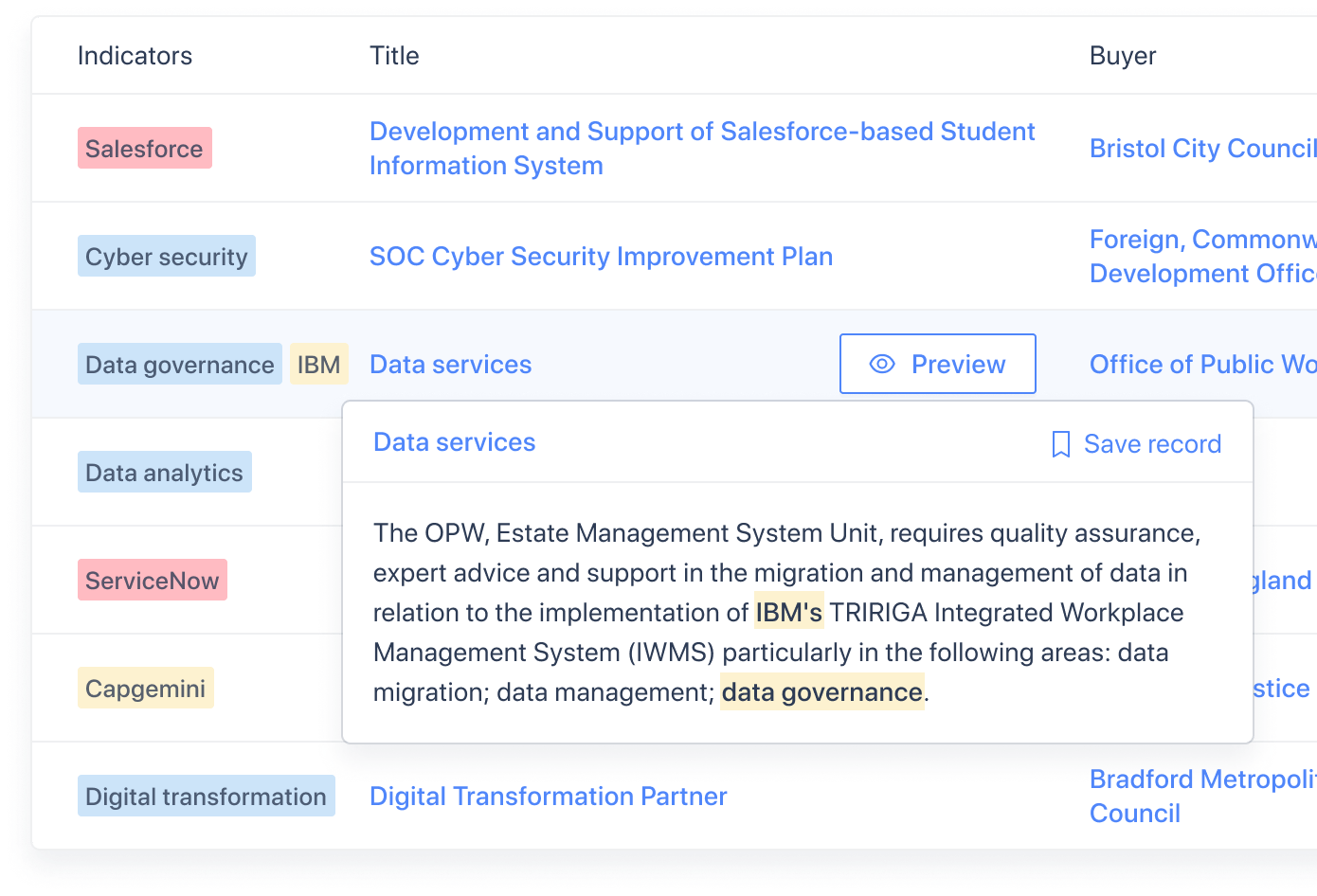 The startups' offer serves commercial teams including sales, marketing, partner & alliance, and account management by generating a single-source-of-truthiness for public sector business development tasks and data. In doing so, it helps these clients including UiPath, Freshworks, and Workday discover more relevant opportunities faster, and pinpoint buying signals earlier (before tender or RFP).

“Some call it ‘boring’, but they’re missing the point. This space has been overlooked for decades. By streamlining the business processes that connect business and government, the technology we’re building is capable of saving the world trillions every year - that’s something we get excited about,” added Witt.

Stotles’ $6.5 million Seed round was led by Headline with Form Ventures, GTMFund, Speedinvest, FJLabs, and 7Percent all participating alongside a number of angel investors including Berlin-based Mathias HiIpert, whose career as an investor spans some 14+ years.

Speedinvest's Jeroen Arts eloquently sums up, “Who said working with the public sector can't be fun and exciting?”

1 like
Stotles raises $6.5 million as it seeks to help businesses deal with government
Comments
Follow the developments in the technology world. What would you like us to deliver to you?
All