Tech.eu Insights creates insight and guides strategies with its comprehensive content and reports. Browse popular Insights content.
Examine the effects of the latest technology with the Tech.eu lens, see the details and create powerful strategies. Take immediate action to access exclusive articles and reports.
Review Advantageous Packages
Does your company have Insights access? Check it
VC Fund
Sponsored by

Christoph Hornung, Molten: "I've got lucky with the German-speaking markets"

The work of a VC in times of economic uncertainty doesn't change much, argues Molten's Christoph Hornung. It does, however, require more caution and analysis.
Tech.eu Editorial Team 03 August 2022
1
Share
Facebook Twitter Linkedin

We sat down with Hornung to talk about investing in the DACH region, the openness of German corporates, the activity of US hedge funds, and much more. 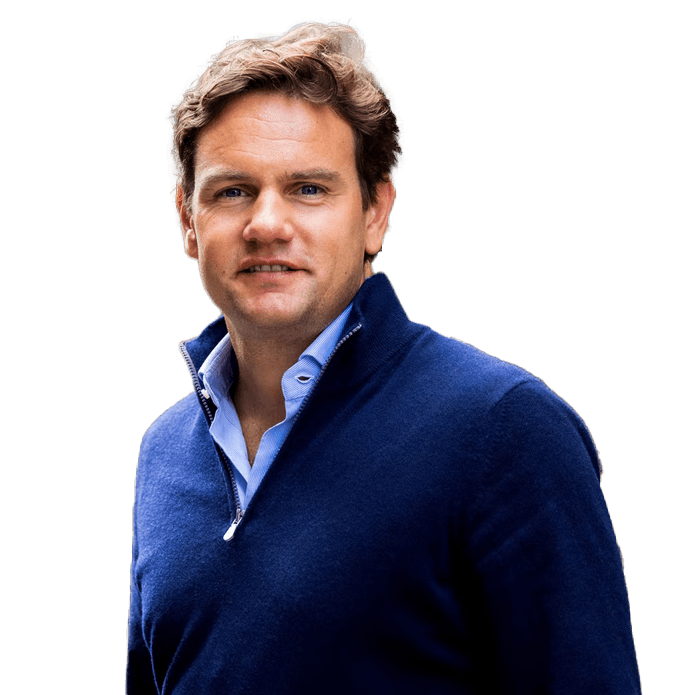 Christoph Hornung, a partner at London-based VC Molten Ventures, is known across the firm as the record holder for most funding deals closed per year. Coming from an entrepreneurial background that includes a two-year stint at Rocket Internet, Hornung has made nine investments in about 2.5 years at Molten.

"I think I got a bit lucky with the German-speaking market, because it offers a lot of opportunities," he said. "There are plenty of very interesting companies that are now reaching the Series B stage.

"Of course, it's also important to be active, to meet a lot of people. That's something I do a lot in order to get inputs and insights into certain markets."

Although based in London — the same as most of the firm's team, — Hornung says he's closely connected to the markets of Germany and other countries in the DACH region.

"Usually I go to Berlin, Munich, or Vienna once or twice a month for three to four days," he said. "I then meet the founders and colleagues from early stage VCs. And that approach has worked really well for us."

From copycats to deeptech

Hornung characterises the technology scene in Germany as one of the more advanced in Europe, second only to that in the UK.

A decade ago, Hornung admits, the entrepreneurial landscape in Germany was characterised by companies built by Rocket Internet and the like. More often than not they were applying ideas and business models that got successful in the US to the European reality.

These days, however, Hornung sees the market very differently. Thanks to an abundance of engineering talent graduating the universities, Germany and the DACH region as a whole have become home to many startups working in deeptech and industrial tech. At the same time, the growing number of serial entrepreneurs allows for a more mature ecosystem where founders tend to hold on to their ventures longer before going for an exit.

"People who have a lot of experience are now the ones who are actually running the successful startups in the German-speaking market," Hornung said. "And I think the maturity of the leadership teams is also reflected in the quality of business models."

More often than not, working in the industries of deeptech and industrial technology requires collaboration with established players, i.e. large international corporations. In the case of the DACH region, those are mostly automotive companies — and according to Hornung, they're becoming more and more open to collaboration with startups.

"The way Porsche, or Mercedes, or BMW are working with startups today is very different to what we saw five to 10 years ago," he said. "There's clearly progress, and there's a strong awareness that those young companies can add a lot of value."

When asked about the main challenges of startups working in the German-speaking markets, Hornung firstly named the ones related to internationalisation. The chief issue that startups in the region still need to work on is the "lack of ambition" to expand beyond the region's borders. In addition to — and partly because of — that, there are still not enough people on the market with relevant expertise who could bring local scale-ups to the global market.

Staying afloat in the stormy economy

With the global economy showing all signs of decline if not recession, venture capital firms are trying to find the right balance between being cautious and identifying unique investment opportunities on the market.

"We're trying to remain calm and be thoughtful in the way we invest," Hornung said. "It's important to stay cool, do your job properly, do more analysis and also be a bit more focused on areas where you really have deep know-how.

"We are obviously a bit more careful in making huge bets at the moment. I think the appetite for extremely crazy ideas is a bit lower than it used to be."

Molten is also trying to get clues from the public markets, Hornung added. Being a listed company itself, the firm sees a strong impact that whatever is happening at stock exchanges across the world has on the valuation of technology companies.

At the same time, Molten and other VC firms that are remaining active in the German-speaking markets seem to be seeing a significant uptick in inbound interest from entrepreneurs. One of the reasons for this change is that a number of US hedge funds that were active in the DACH region in 2021 appear to have gone dormant.

Citing his own email inbox as evidence, Hornung said there are a lot of founders looking to raise funding these days, including "extremely well-funded companies or companies with very strong tier one VCs who raised 18 months ago."

"Last year we saw a very opportunistic market; this year, it's a bit more structured," he added. "For a VC, it's sometimes nice to take a bit more time to do a proper analysis, not being rushed into deals all the time. So, this correction is — to a certain extent — a healthy thing."

To listen to the conversation in full, check out this episode of Tech.eu Podcast.

1 like
Christoph Hornung, Molten: "I've got lucky with the German-speaking markets"
Comments
Follow the developments in the technology world. What would you like us to deliver to you?
All