With pet ownership exploding over the pandemic, so too are now the associated Vet visits and the mountains of paperwork associated with them
Dan Taylor 12 January 2023
Share
Facebook Twitter Linkedin

Romania-founded Digitail has raised $11 million in a Series A funding round that will see the company scale operations pawmarily across the US and Canada, all the while sniffing out global opportunities. The platform assists veterinarians in a manner of ways through the automation of repetitive admin tasks, allowing these professionals to dedicate more time to furry friends and less time to forms and figures.

The $11 million was provided by Atomico who now join existing investors including byFounders, Gradient, and Partech. 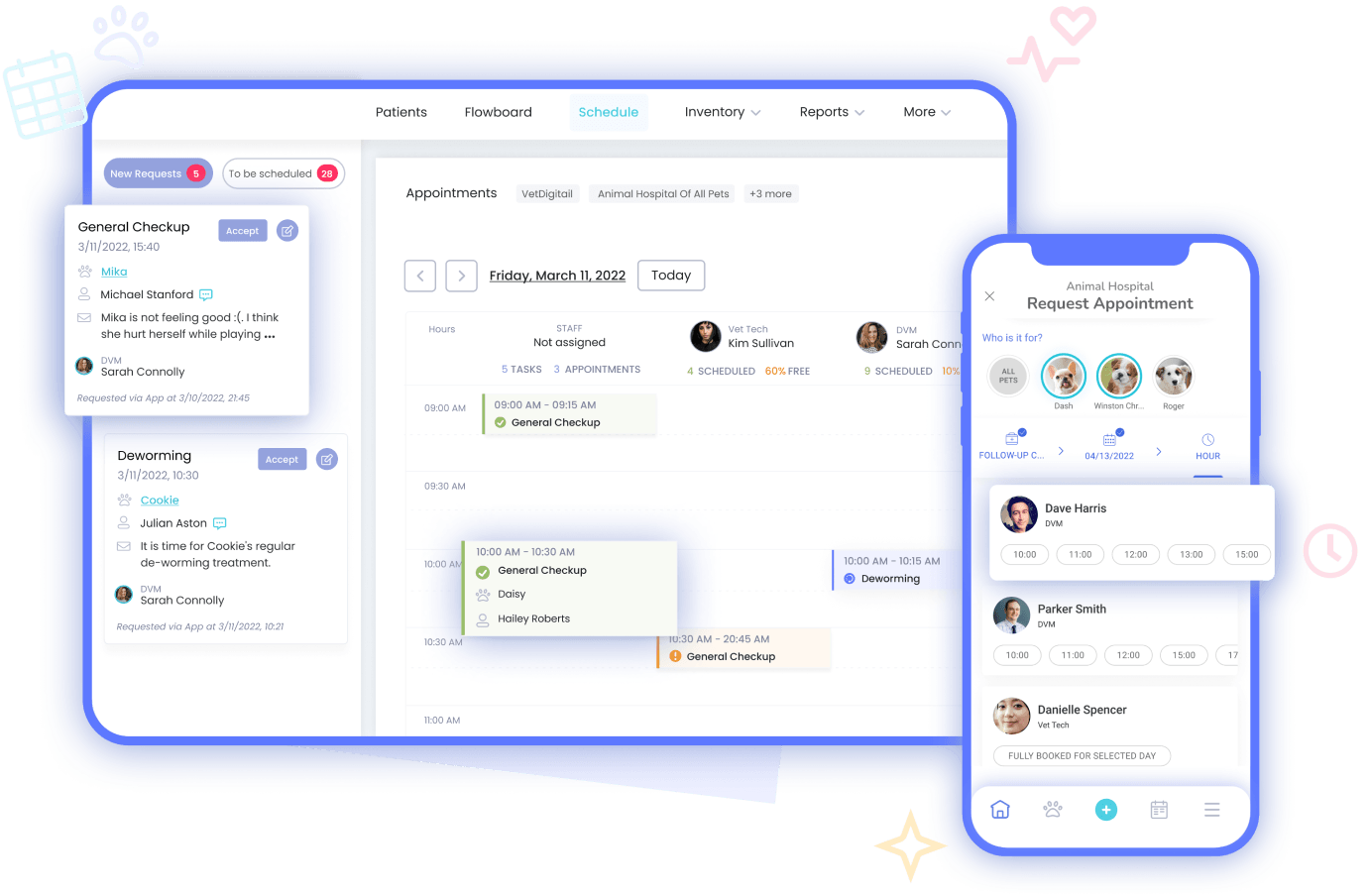 Tech.eu covered Digitail’s modest €220,000 seed round in July of 2019. However, since that time, I throw down the gauntlet of naming at least 1, 2, or several people you know that didn’t adopt a pet over the pandemic. And these several people aren’t alone; as of late October of last year, the global pet care market reached a value of $199 billion, with expectations rising to $338.5 billion by 2031.

While a trip to the vet is rarely a pleasurable experience, right next to a visit to the doctor for the hoomans, medical care for these four-legged friends is inevitable. With demand increasing, a corresponding number of veterinarians are finding their traditional modus operandi not only keeping up with the paperwork, but also that of the expectations of Millenial meow and woof owners.

According to Digitail, vets are busier than ever, treating 30+ pets per day on average, equivalent to one every 15 minutes. As a result, not only is vet burnout on the rise, but, and here things get dark, very dark, back in 2018, Time revealed that Veterinarians are three-and-a-half times more likely to commit suicide than the general population. Pre-pandemic.

“What is exacerbating this problem is that the majority of veterinarians are still reliant on paper or use old, legacy systems to manage their workflows, things like scheduling, inventory management, invoicing, and patient record data entry,” explained Digitail CEO and co-founder Sebastian Gabor. “Unlike the medical industry at large, digital transformation is yet to touch large parts of the veterinary industry.“

Yes and no, as Digitail’s offer sounds remarkably similar to what London-based GFF-backed PetsApp has on tap. Or any number of other veterinary digital transformation candidates we’ve covered including one of Digitail’s product offerings, FirstVet’s telemedicine service.

According to Digitail, they’re solution is employed by over 750 clinics worldwide serving around 1.4 million pets.

Atomico principal Andreas Helbig, who joins the Digitail board as part of the deal concludes, “Consumer demand for petcare has grown tremendously, but the systems vets rely on to deliver care are not fit for purpose: they're outdated, they most often still run on local servers in the clinic, and are built without the pet owner in mind. Digitail's solution is so powerful because it addresses all these challenges: it's cloud-first, and it covers absolutely all workflows end-to-end in the clinic, and in collaboration with the pet owners, from simple vaccine reminders to more sophisticated health records and inventory management.”

Atomico buries $11 million bones in Digitail's backyard
Comments
Follow the developments in the technology world. What would you like us to deliver to you?
All

NEXT
Andera Partners backs $60 million series C for hypertension medtech SoniVie
SoniVie, an Italy and Israel-run med tech seeking to treat hypertension through the use of…
Callum Cyrus