Clue is the latest company hit hard by the profitability challenge, reducing its workforce by 25 percent. What does it mean for their scheduled new products and the future of reproductive health?
Cate Lawrence 19 January 2023
Share
Facebook Twitter Linkedin

The pain of maturation and profitability has hit another startup. Yesterday Clue, the creator of a period and fertility tracking app, announced a reduction in staffing.

A press statement by co-CEOs Carrie Walter and Audrey Tsang shared with me reveals:

Clue has been a pioneer in femtech since our founding a decade ago. Today, Clue is one of the world's leading tracking apps, used by 11 million women and people with cycles in 190 countries to take charge of their health. We are again leading the category by committing to medical-grade quality, at scale.

Like many companies, we hired ahead of revenue, which is not sustainable in the current environment. We have therefore made the difficult decision to reduce the team by around one quarter (31 people), effective January 18. We will sorely miss the Cluebies who are leaving us and thank them for their hard work and incredible dedication to Clue's mission.

This is the hardest decision we have made as a leadership team, but know that it is the right one for the company's future. We have sharpened our focus on core value drivers in the business to accelerate growth and we're confident in the journey ahead.

The company was founded in 2012 by Danish entrepreneur Ida Tin who is responsible for coining the term "femtech". Clue has raised $47.8M in funding over nine rounds, and it looks like investors want their revenue.

A now-former employee told me that the cut was at the direction of investors.

Among the staff reduction, the company's Chief Medical Officer, Lynae Brayboy, MD, and general counsel were let go as well as the whole brand marketing team except one person.

A gamechanger for women's reproductive health 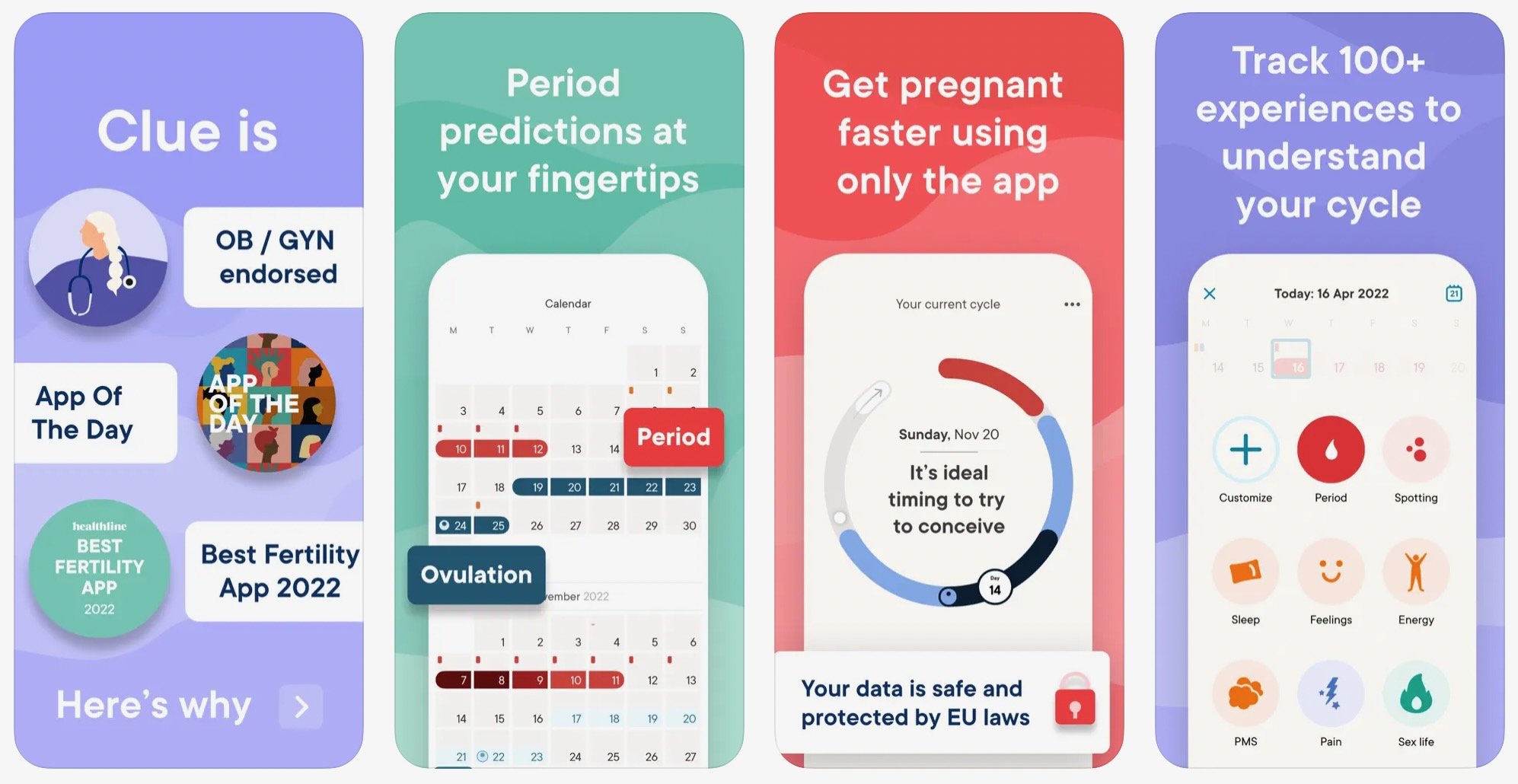 Since its founding, Clue's period and cycle tracking app has been downloaded by 10 million users and is available on iOS, Android, and Apple Watch.

The app calculates and predicts users' periods and PMS based on users' data and calculates fertility windows based on global averages, which can be made more accurate by users entering ovulation test data.

But the app has also raised concerns about data sharing, privacy and security.

Last year the Mozilla Foundation included the app in its annual *Privacy Not Included buyer's guide, which helps consumers shop for trustworthy connected products (and journalists incorporate product privacy into their work).

The Foundation raised concerns that the company shares some of this data with third parties for advertising, marketing, and research purposes – unless you opt out.

They also noted that while user data is only shared with "carefully vetted researchers" is de-identified, it has been found to be pretty easy to re-identify such data, especially if location data is included.

It gets worse. In May 2022 Motherboard reported they were able to purchase data from the data broker, Narrative, that could potentially identify users of the Clue app, with the broker identifying devices that have the app installed.

In the United States, privacy advocates are raising concerns about period trackers, which can indicate that someone became and then no longer was pregnant. This could be a precursor for criminal investigation.

Clue told the Foundation that its data is unlikely to be the subject of inquiry but that "the risk of such disclosure, however, cannot be eliminated."

Clue's biggest clinker is security. The Mozilla Foundation could log into the app with the very weak password of "1". In response, the company committed to upgrading its password requirement –– pretty shocking stuff for a multi-million dollar company.

What now for new product offerings?

The news comes at an interesting time considering that the company announced last week that it is currently in the process of relaunching the Clue app to include ​​40+ new evidence-based tracking options in categories like "pain" or "sex life", improved usability, and availability in an additional three languages.

The FDA-approved Clue Birth Control is already delayed past its intended 2022 launch.

But, well, how does Clue make any money?

It's newest offering, Clue Plus, "aims to make Clue accessible to as many people as possible around the world" at only €1 (or the local currency equivalent) per month. It offers enhanced analysis and personalised predictions for cycle-related symptoms with Forecast.

I don't know how many people would pay for the additional analytics, but the current news suggests the company is far from profitable.

Period tracking startup Clue is bleeding staff and cuts its workforce by 25 percent
Comments
Follow the developments in the technology world. What would you like us to deliver to you?
All