Anything but normal, Supernormal phones in $10 million

In addition to Balderton Capital’s lead, the $10 million seed round welcomed the participation of existing investor EQT Ventures alongside Acequia Capital and byFounders.

With myself, yourself, and themselves spending between four to 12 hours per week on average in meetings, the time transcribing, collating actions, and doing the ever-present follow-ups is enough to, well, quite frankly, reduce anyone’s productivity to that of Peter Gibbons’.

But instead of scrubbing through pages of notes that after a day or two might resemble that of hieroglyphics (mine certainly do), what if there was a Google Meet or Zoom add-on that could do the heavy lifting for you and free your mind, body, and soul, to say, you know, actually be present in the meeting and paying attention to what IS being said as opposed to what WAS said?

Add a dash off darling-du-jour OpenAI’s GPT-3 and in-house developed AI models into this ambrosia, and that would be something, hey?

Well, look no further friends, because if you’re not already using Supernormal, turn on, tune in, (and) drop out. Of note taking that is, as we’ll save the micro dosing for another day. 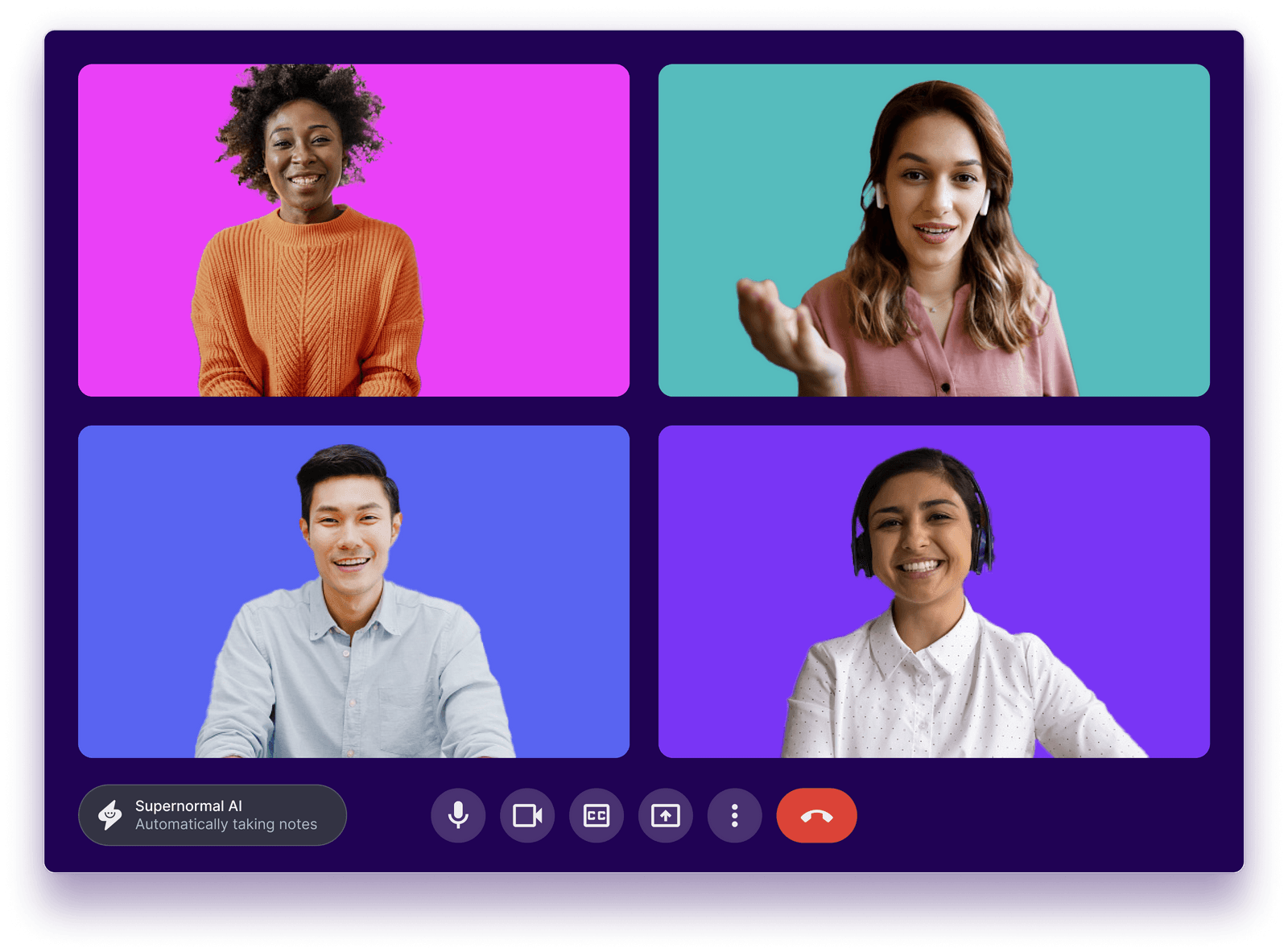 Founded by former product manager at Meta and Klarna, Colin Treseler, and former design lead at GitHub and Splice, Fabian Perez, Supernormal Google Meet, and recently added Microsoft Teams and Zoom and generates AI-powered notes and transcripts after every meeting faster than you can watch that zoom “now converting” progress bar.

Already counting Github, Netflix, Salesforce, and at least one journalist at Tech.eu (can you guess who?) as customers, and according to the company, since launching in October 2022, Supernormal has already been able to deliver millions of dollars worth of productivity gains.

“Supernormal is exactly the type of tool that would have transformed my life working for remote-first companies such as GitHub,” said Perez. “With more companies opting for hybrid and distributed models, real-time communication and transparency are essential, and Supernormal gives people the tools to document their meetings and share them with colleagues instantly. It’s been an incredible few months since we came out of beta and we’re excited to keep building Supernormal to give more people superpowers at work.”

Anything but normal, Supernormal phones in $10 million
Comments
Follow the developments in the technology world. What would you like us to deliver to you?
All

NEXT
Serpertine Ventures backs $8.3 million round for Swiss tuition platform evulpo
Swiss ed tech startup evulpo has raised $8.3 million in funds. The seed round is co-led by the…
Callum Cyrus