The difference between raising early-stage capital in the US vs. Europe: A founder’s perspective 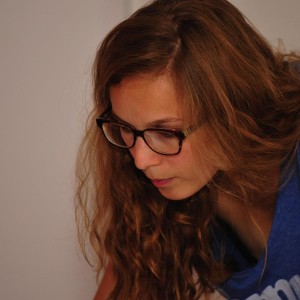 Editor’s note: This is a guest post from Mathilde Collin, co-founder and CEO of social email app Front. Based in San Francisco and Paris, the startup recently announced a $3.1 million funding round, following a summer at Y Combinator (YC). Afterwards, Collin said many European founders contacted her for advice and insight on the whole process, so she decided to write this article.

Before I begin, please keep in mind that this is an opinion piece – not a ‘pros and cons’ list nor a quantitative study. My observations and comments pertain mostly to seed funding, and perhaps even to Series A, but may not necessarily apply to later-stage investments.

VC funds in Europe and in the United States are two very different things. There are probably dozens of perfectly valid reasons as to why. Nevertheless, as the founder of a startup in the email space, the US market was overwhelmingly more favourable to me, but this might not be the case for you.

If you’re a European founder, you’ve likely been told countless times that the two regions are distinctive markets when it comes to fundraising. I’ve heard it, too, but because of a lack of first-hand experience, I had a hard time understanding what it really meant. I thought it was mostly a matter of magnitude, with VC firms in the US investing more money at higher valuations.

In reality, the difference in the amount invested and valuation completely transforms the fundraising process – both for the entrepreneur and investor.

The very first thing I noticed in the US was the sheer amount of money available. Founders raising funds in Europe sometimes describe the process as the corporate equivalent of begging for money in a crowded subway car. Having tried to raise funds in Europe, this is what I was expecting in the US too. So I was very surprised to discover that VCs in the US are chasing founders as much as founders are chasing them.

American funds seem to be more willing to invest money because their line of work is very profitable. The US has always seen more exits, at higher valuations, than Europe, no matter how you look at it. Venture capitalists there know startups can make them big money – it’s happened before, so it’s likely to happen again. Consequently, these returns on venture capital has brought competition and shaped the current ecosystem.

When it comes to EU-based startups, they can be very profitable and successful in their market, but don’t yield as enormous hits. The matter is, there’s simply less money available – although I’m not sure there are fewer companies started in Europe. As a result, getting a meeting with an investor seems to be so much harder in the region. It’s just too many of us founders going after too few investors with less money to invest.

And that’s why in the US, venture funds do much more outbound work and talk to more founders. The risk, as a founder, is that you can spend a lot of time just meeting investors. For me though, I considered it a privilege  – each meeting represented a chance to introduce our company, lay down its vision, and get feedback.

Rouse interest – “it does work” vs “it could work”

Another way to phrase this? The biggest fear for a US investor is to miss out on a big hit. When Peter Thiel was asked what his worst investment was, he replied “not (doing) the Series B round of Facebook”. See the difference? Instead of going over the many investments he made that turned out to be failures, he’s blaming himself for a risk not taken.

This gap is by no means trivial. The idea of doing something big generates a lot of enthusiasm amongst US investors, while the default reaction in Europe is skepticism. When you start a company, everybody’s skeptical – your friends, your family, your first customers, your potential hires. You don’t need more skepticism from your investors. Finally meeting people who are as excited as you are about what your company could become is a huge relief. And it really feels like we are both taking a risk together.

When I recognized that the motives of US and European investors were different, I realized I had to change the sales brochure of my company.

At the seed stage, US investors know that spending weeks analyzing the ‘total addressable market’ (or TAM) is a waste of time. The most interesting companies are those that expand their TAM as they go. For example, before Google came along, the market for PPC SERP ads was non-existent; today it’s a multi-billion dollar market with a clear leader.

But that doesn’t deter European investors from requesting a full deck, including a three-year business plan as a prerequisite to any form of conversation. If your path to profitability is not already proven, you will have a hard time getting as much as a phone call. From what I saw, in the US, the focus is on the potential market, the team, and the product. The rest will be sorted out at the series A/B stage. I tried the European way before getting into Y Combinator, with the business plans and absurd forecasts.

What I can tell you is this: when you have no idea whether you’re building something people want yet, trying to paint your startup as a Fortune 500 company feels very wrong.

Always Be Closing – it’s a matter of time

VCs in the US make decisions faster. From my first meeting with an investor to the closing of the $3.1 milion round, exactly 21 days elapsed. This is nowhere near what I would expect in Europe.

You could argue, at the time of our fundraising, we were just out of YC, and given the chance, European funds would have been as eager to invest as their US peers. Unfortunately, this is not what happened. I called or emailed every single European VC I had ever contacted before and told them about the round we were raising, conditions, other investors and expected timeframe. Only two of them found the time to get back to me, and incidentally, both agreed to invest. To give credit where it is due, they are Kima Ventures and Point Nine Capital.

As a result, this round of funding had a marginal impact on the day-to-day activities of Front, which alone is very valuable. The last thing you want is for your fundraising to jeopardize your entire business. The average time-frame to raise funds in Europe is three to six months – just for seed investing. Dedicating six months to fundraising when your company is barely off the ground is sometimes needed. But knowing that your American competitor raised twice as much in a third of the time can be hard for morale. Also, they probably got less diluted, so much so, that if they need one more round to reach profitability, they will at least have this option available… You see where this is going?

If you can create a captive market in Europe, or if the market you’re after is clearly only in Europe, you probably need European investors. If you have reasons to fear a US competitor, raising funds in Europe is not giving you an edge.

Bonus note: a culture of giving back and passing along

There is one more thing that really struck me, but doesn’t really fit in the earlier sections. During the whole fundraising process, I witnessed what I call a culture of ‘passing along’. Almost every single angel investor who invested brought another investor in on the deal.

With a bit of cynicism, one could say that they didn’t want to be alone should their investment fail. Failure is never pleasant, but being the only one to fail – how horrible, right? But something else disproved this theory.

Of course, a lot of VC funds turned me down. They all had good reasons, whether it was a prior investment in a competitor, or they couldn’t see the market, or it wasn’t their kind of deal. But every one of them referred me to another fund, for which Front could be a great fit. Clearly, they had little to win in the short to mid-term by doing that.

In the long run, they might hope others would return the favor. But I’d rather interpret it as a form of ‘if someone wins, everybody wins’. After all, if a good company fails because of a lack of funding, no one gets to make money at all. But if a good company gets funding and makes it to an exit, the funds are successful and can raise another fund, and everyone in the ecosystem is happy.

I don’t know if the involved actors of said ecosystem do it consciously or not.

But they do it, and it’s more than enough.