Fjords, palaces and startups: a CEE change in the making

In his inaugural tech.eu post, contributing editor Ivo Spigel takes a look at the state of tech startups in Central and Eastern Europe. He finds awesome conference venues, crowdfunding success and the EU stepping in to fill a gap in funding and investment opportunities for ambitious local startups.
Ivo Spigel 30 November 2013
Share
Facebook Twitter Linkedin

It's quite a spectacular drive.

Our driver picked Bogdan Iordache, founder of the How to Web conference, and myself up at the airport in Dubrovnik, Croatia, as we made our way to Spark.me, Montenegro's premier startup and technology conference in the coastal town of Budva. The road twisted and turned along the rocky coast of the Bay of Kotor.

This bay – sometimes called Europe's most spectacular fjord – is truly a wonder to behold (see picture above).

The Montenegrin mountains of Orjen and Lovcen come crashing down into the sea from 1,500 meters above. On the bay itself, ancient walled cities – Tivat, Kotor, Perast and others – conjure images of the Renaissance with their stone buildings and narrow alleyways. 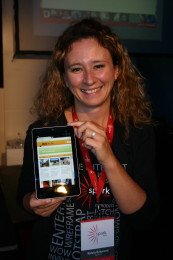 At the end of our drive, we arrive at Spark.me, hosted by Natasa Djukanovic (picture) and her merry band of friends from the indomitable Domain.me.

A startup conference, on the coast of Montenegro?

It may sound like an unlikely venue, but it very much symbolizes the vibrant energy of the Central and Eastern European startup and technology scene.

Passionate founders pitched a sceptical panel of jurors; VCs, angel investors and bloggers shared drinks and comments, and TV crews were eager to report on positive vibrations in the European economic gloom.

Somehow, the Central and Eastern Europe region has a way of finding amazing venues for technology conferences. A few weeks after the gorgeous sunshine and crystal waters surrounding Spark.me, thousands of participants trekked to cloudy and windy Vienna for what has to be one of the most awesome settings for a tech conference, ever.

The Austrian crew of Pioneers Festival managed to place it inside a real palace. Not just any palace. The spectacular Hofburg, in the center of Vienna, was the seat of the mighty Habsburg empire for many centuries. Late October now finds the ancient palace with its 30-meter high ceilings and crystal chandeliers occupied by Croatian electric super cars, glowing plants and Alexander Osterwalder talking about the business model canvas and how Nestle is squeezing 10 times as much money out of Swiss coffee drinkers as it used to only a few years ago. 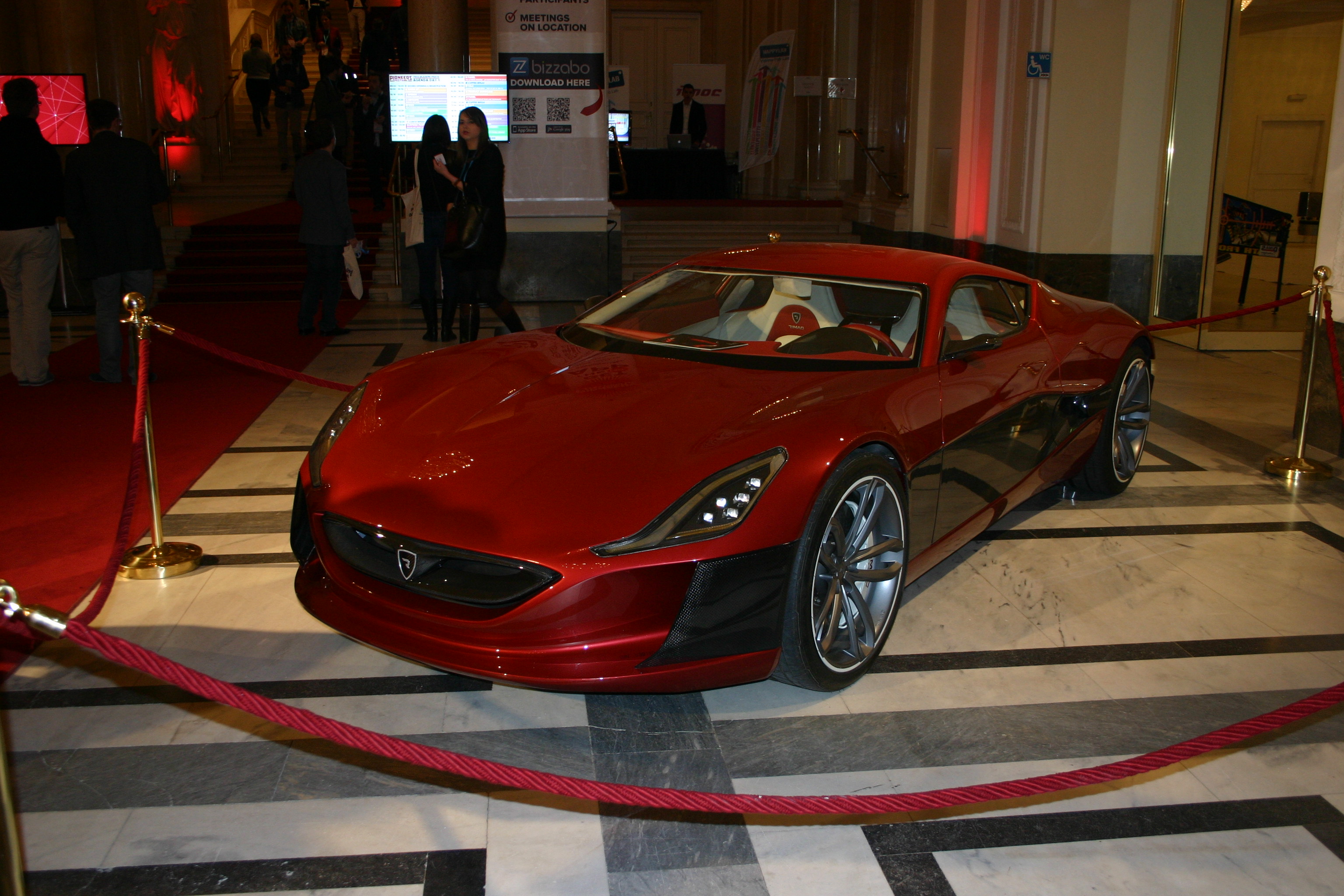 "Everyone is still in awe about Pioneers and the Runtastic deal. Both big boosts for the Austrian ecosystem,“ said the founder of Austrian VC fund Speedinvest, Oliver Holle, when we spoke about what's cooking in Vienna.

Runtastic is a maker of fitness / digital health apps. Oliver was referring to a deal, announced last October, which saw media juggernaut Axel Springer take a 50.1 percent stake in the startup for an undisclosed "eight-figure“ sum.

An abundance of talent. Capital, not so much.

Central and Eastern Europe ("CEE“) is typically seen as a European region with lots of engineering talent, not so much managerial experience and a waste land when it comes to the financing of high-growth tech companies.

The "Austrian Startup Report", produced by Speedinvest, shows that "76% of founders find it hard to connect with Austrian Business Angels". The potential is clearly here, however: as of recently, almost 30 percent of startup companies in the Seedcamp portfolio came from Central and Eastern Europe.

The financial ecosystem is changing rapidly, worldwide, and this doesn't have anything to do with CEE per se. The effects are already being felt in the region and will only develop further.

At Pioneers Festival, I asked three prominent VCs about the effects of initiatives like crowdfunding and angel syndication on the VC business. I put this question to them publicly, on a panel that included the likes of Oliver Holle, Christian Thaler-Wolski (Wellington Partners) and Scott Sage (DFJ Esprit).

All panelists agreed that there are major shifts underway in the investment business and that VC firms who are not adding significant value will get hit by innovative funding structures in a big, big way.

Meanwhile, 850 startups from around the world competed in the Pioneers Festival Startup Challenge. The winner, illustrating the abundance of talent in the region, was BabyWatch, a Croatian / Slovenian project producing a small ultrasound device and a mobile app that enables pregnant women to hear and visualize their unborn baby’s heartbeat.

Shortly after Pioneers Festival, I had a chat with Ales Spetic, Slovenia's "digital champion“. He is also a bona fide geek (having co-authored an O'Reilly book on SQL) and an entrepreneur with a role in different companies and projects.

"Slovenia may very well be the world leader in successful tech crowdfunding projects per capita,“ he claimed. Indeed, the diligent folks at Silicon Gardens have counted more than 150 startups in the Slovenian ecosystem, employing 1,400+ people, that have raised more than $53 million in capital.

Eight Slovenian projects have been successfully crowd-funded, with a total of $1,028,302.

Just like Europe itself, Central and Eastern Europe is not a single "entity“. Like the countries in the region, the startup ecosystems are different as well.

Estonia has by now become notorious for cranking out global successes from a tiny country of only 1.3 million people. Skype, of course, was largely developed there and is still a major tech employer with 500 or so developers in capital Tallinn.

More recently, Jüri Kaljundi and his crew rocked the Slush conference in Helsinki and came out as winners amongst hundreds of companies with Weekdone, an innovative platform for staff management.

Back in mid-2012, a bomb exploded in Sofia, Bulgaria. Fortunately, not the kind that hurts and kills people: this "bomb“ was the announcement of not one, but two accelerator programs in Sofia - LAUNCHub and Eleven - both fully funded by the EU to the tune of 21 million euros.

That may not sound like much in London or New York, but for the cash-starved ecosystems of the region, and Southeast Europe in particular, this was widely regarded as a critical step forward.

Some worry that this level of funding distorts the regional picture, with such a relatively large money pot compared to neighbouring countries. If so, this distortion may very well get worse, soon. Word has it that yet another fund (VC and/or startup accelerator) will be hitting Sofia soon.

Just west of Bulgaria lie the complicated countries that have emerged from the former Yugoslavia.

International organizations like the World Bank have devised a phrase many years ago: "West Balkans“ (in practice, this means former Yugoslavia, minus Slovenia, plus Albania).

This strange grouping of countries is about to get its own VC fund too, courtesy of the World Bank, the EU and other international organizations.

Due diligence of the candidate fund management organization is underway as we speak, and if all goes according to plan, 40 million euros will make its way to the region in mid-2014, to be invested in companies in all stages.

Distorted or not, this money will be warmly welcomed by startups and the angel investors, few and far between, that have been adventurous enough to support local teams and projects.

On a personal note, I like to use the term "New Europe“ to describe what is happening east of Germany. In my upcoming book, New Europe includes everything from Finland to Turkey and from Austria to the Ural mountains. As you can imagine, one introductory piece is far too short a format to cover this rich, diverse region in any sort of detail.

Stay tuned to this channel, though!

Fjords, palaces and startups: a CEE change in the making
Comments 8
Follow the developments in the technology world. What would you like us to deliver to you?
All

NEXT
We have lift-off
From the Archipelago of the Azores to the watershed divides of the Ural and Caucasus Mountains, approximately 740 million people - more than…
Robin Wauters