Class is in session: 'career accelerator' Startup Institute launches in London and Berlin

The U.S.-based organization behind the Startup Institute (formerly known as Boston Startup School and not be confused with the Founder Institute) is opening two new 'schools' in two of Europe's major tech hubs, Berlin and London, in an effort to address the problematic lack of tech talent on this side of the Atlantic.

Designed to teach people the necessary skills and mindset to work in fast-paced startups, the Startup Institute originally started as a branch of business accelerator TechStars in Boston back in 2012, and later expanded to New York and Chicago. In the U.S., its hiring partners include the likes of Uber, HubSpot, Acquia, Constant Contact, Gigya and Aereo.

With the support of Tech City UK and TechStars London (which, we should note, is managed by tech.eu co-founder Jon Bradford), Startup Institute is kicking off its first international 8-week program in London this Summer.

Billing itself as a 'career accelerator', the Startup Institute posits that the demand for skilled employees within early-stage technology companies in the UK outstrips supply by a margin, with startup job ads up 44 percent since 2012 and nearly 5,000 vacancies unfilled.

The Startup Institute's full-time program in London will begin on 2 June, 2014, and those who are interested in attending can apply starting today. 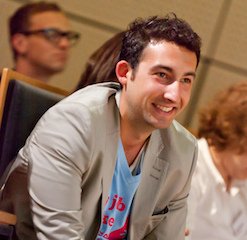 “London has an exceptional workforce, but there is a risk that the city’s dynamic startup ecosystem will not reach its potential due to the lack of the right skills. We’re going to help change that.

The organization had very little to share about its plans to establish a presence in Berlin, apart from saying that it aims to launch there at some point in 'early 2014'.

According to BostInno, the organization recently raised $1.3 million in funding.

Similar initiatives include General Assembly, 42, Skillshare, Udemy and EEMI, and of course there are lots of places where Europeans can go to learn how to code.

(Disclosure: as noted, tech.eu co-founder Jon Bradford helped set up Startup Institute in London as part of his role as TechStars London's director, but has no financial interests of any kind.)

Class is in session: 'career accelerator' Startup Institute launches in London and Berlin
Comments
Follow the developments in the technology world. What would you like us to deliver to you?
All

NEXT
Uber wants to launch in Belgium this year; local taxi drivers already up in arms about the prospect
On-demand car service company Uber is in the…
Robin Wauters