Locked and loaded: How Lock8 plans to become the Airbnb for bikes, with help from Foxconn

Within three months of unveiling their intelligent bicycle lock and bike-sharing platform, the team behind Lock8 won €40,000 at TechCrunch Europe Disrupt 2013, successfully closed a Kickstarter campaign, landed a seven-digit investment from notable international VCs and, most recently, announced a partnership with Foxconn – one of the world’s largest contract electronics manufacturers and a major Apple supplier.

Following the latest news, I caught up with Lock8's CEO Franz Salzmann in Berlin to talk about the upcoming product launch, working with Foxconn and the startup’s plan to be the "Airbnb for bikes".

Developed by VeloLock – which was founded by Salzmann and Daniel Zajarias-Fainsod in July 2012 – Lock8 is a keyless bike lock that can be controlled and managed using a mobile app.

“The idea came about when our bikes got stolen a couple of times at university,” said Salzmann in an interview with tech.eu. “Danny and I thought it was so weird because bicycle locks are extremely expensive and there’s no real innovation.” 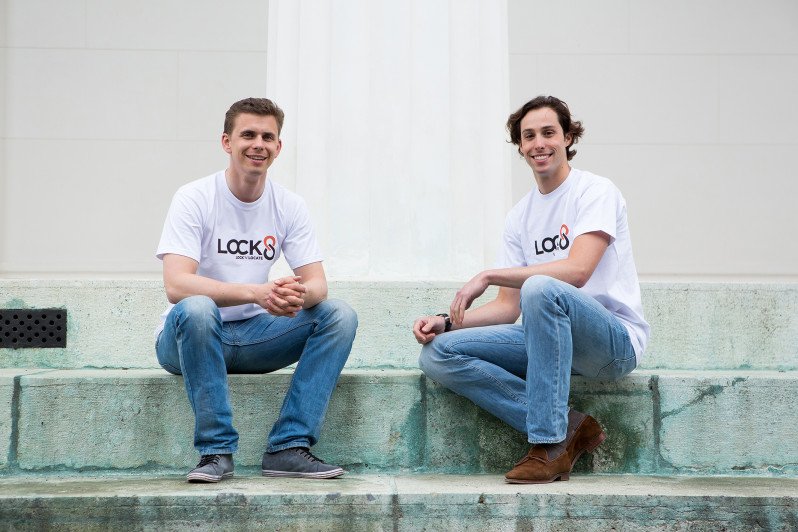 In an attempt to tackle this problem, the pair came up with a hardware-software combo featuring a number of smart sensors that trigger a 120 decibel alarm when the lock is tampered with. It also allows you to track the bike via GPS and receive instant push notifications in the event that it’s stolen.

Through Lock8’s app, you can also share the electronic key with friends and family, which can either be used as a protective measure or a means to share your bike with them.

Berlin-based startup Clyc, which shares a strikingly similar tagline to Lock8 (“Your first smart bicycle lock” and “The world’s first smart bike lock” respectively), also promises a similar product but has remained relatively low-key in the past year.

Going beyond a bike lock

What began as a security product has evolved into something much bigger, said Salzmann.

After winning the TechCrunch Europe Disrupt pitch competition and completing its Kickstarter campaign, Lock8 reportedly garnered attention from bike-sharing communities around the world, including from the US, Japan, Malaysia, India, China, Mexico, Argentina, Chile and almost every country in Europe.

"We will definitely go quite heavily into bike-sharing because we think that is where we can really change the market," he said. 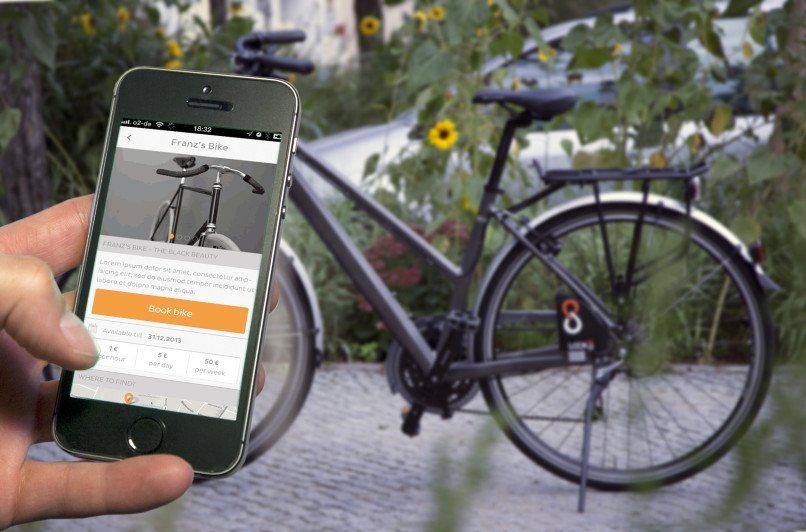 “It was always something I hated when I travelled – bike-sharing systems were super expensive,” recalled Salzmann. “Docking stations are very difficult to build, difficult to run and expensive to maintain... With Lock8, a fleet could be managed with the app.”

At the moment, the startup is exploring ways its platform can be used within city biking schemes, corporate fleets and hotel chains.

But Lock8 isn't the only one eyeing down this space...

Last November (a month before Lock8 successfully funded its Kickstarter campaign), the San Francisco team behind BitLock – another smartphone-controlled bike lock – also closed a campaign on the crowdfunding platform hoping to tap into peer-to-peer bike-sharing among individuals and communities.

Lock8’s recent deal with Foxconn – which also works with Microsoft, Dell, HP and Amazon – is undoubtedly a big push forward for the startup and plays a key role in its goal to create a global bike-sharing network.

“This step is unique, as Foxconn usually never partners with young companies,” said Zajarias-Fainsod, Lock8’s cofounder and CTO, in a statement. “The reason for their decision was mainly due to the fact that Lock8 has experienced an avalanche of requests.”

However, besides having big-name electronics clients, Foxconn also faced worker suicides and has been under scrutiny for its labour practices.

When asked whether the manufacturer’s notorious labour issues are a concern, Salzmann responded: “The controversies were mostly in China, we decided to not go to there because of that. Legal conditions are really bad in China and we don’t want to support that.”

Instead, Lock8 has decided to work with a plant situated in the north of Mexico, where he said it only takes three and a half hours to ship to the US by road. 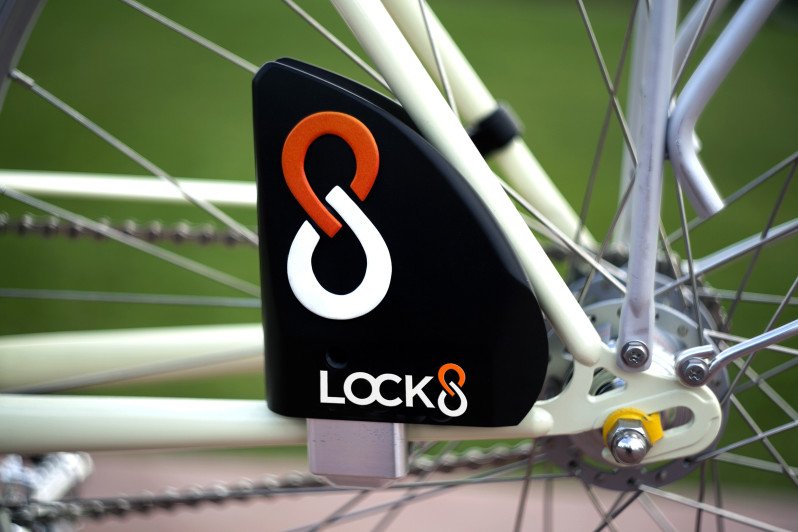 As for the launch? “We begin shipping in May and probably want to officially launch at Eurobike in August.”

Despite insistence on making the product accessible to everyone, Salzmann said the product will likely be priced between €200 to €230 in the beginning. It’s a hefty price tag, especially since a decent Abus bike lock can be purchased for almost one-tenth of that.

“It’s necessary until we reach more volumes,” he explained.

“We want to be the Airbnb for bikes”

Currently based in Berlin and London, Lock8 landed a seven-digit investment last November from Hong Kong-based firm Horizons Ventures – which has previously invested in Facebook, Spotify and Skype – and Otto Capital.

“We have a small board that can work very efficiently and make decisions fast,” said Salzmann. “At the moment, we have the perfect setup to conquer the world.”

It sounds like stereotypical hyperbolic language common to tech startups, but with the startup's international network of supporters, I suspect the 14-person team behind Lock8 might actually have what it takes to continue its trajectory. 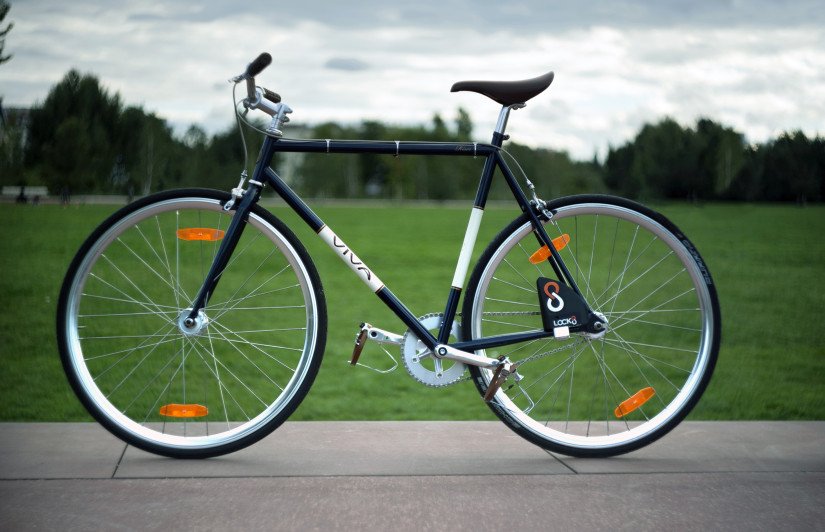 All images courtesy of Lock8.

Locked and loaded: How Lock8 plans to become the Airbnb for bikes, with help from Foxconn
Comments 1
Follow the developments in the technology world. What would you like us to deliver to you?
All

NEXT
The 50 most exciting lean hardware startups in Europe
All over Europe, we've witnessed a growing number of lean hardware companies popping up, trying…
Robin Wauters