Berlin-based crowdinvesting company Companisto is today debuting its new pan-European platform, aiming to boost startups from across the continent. Up until now, Companisto has focused solely on German-speaking markets.

Founded by Tamo Zwinge and David Rhotert (pictured below), Companisto is among a number of crowdfunding platforms in Europe that offer investors equity rather than rewards. The amount of money startups can raise through Companisto's platform is unlimited, while backers – known as 'Companists' – can invest between €5 and €100,000.

The latest announcement means that Companisto now joins UK-based Seedrs (which went Europe-wide last November) and Stockholm-based FundedByMe (which operates in 7 European markets) in offering its platform across borders on the continent. 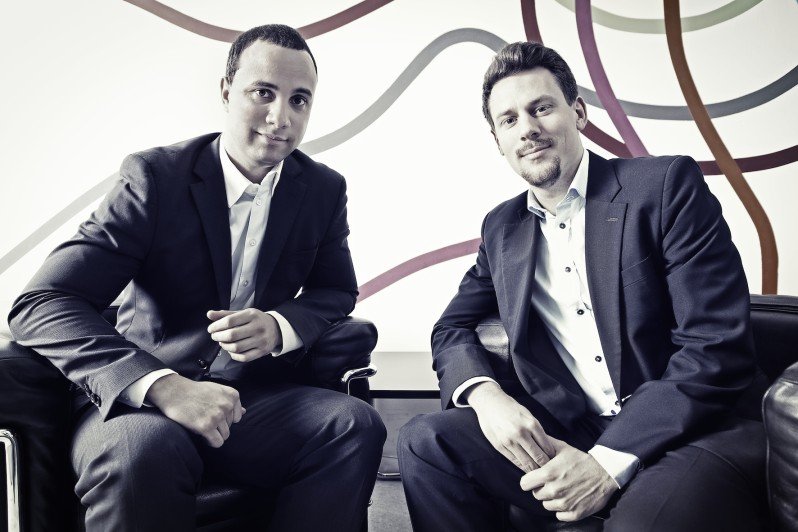 We tracked down some numbers to compare:

Keen observers will note that this actually makes Seedrs the largest crowdfunding platform in Europe in terms of money raised, but it really depends on the way you look at it: Seedrs secured more than £2 million (€2.4 million) of investment via its own platform after originally calling for only £750,000 (roughly €900,000). Either way, it seems all three pan-European platforms are growing.

In Germany, Companisto faces competition from Seedmatch, which claims that €11.7 million has been invested to date across 57 projects, as well as Innovestment and Bergfürst.

“The other difference is that we’re very much focused on quality,” said Zwinge in an interview.

“The other platforms have an approach where there are a lot of campaigns and virtually anyone can upload one to the site. But of course, that leads to having quite a few campaigns that don't have very high potential. Our startups and investment proposals are usually startups that have already gotten substantial investments from business angels or VCs," he added.

"Usually a startup on Companisto has already received a few hundred thousand Euros of seed investment and has other options of financing, but they choose to do a crowdfunding campaign because it's additional marketing.”

Companisto reportedly has more than 15,600 investors from 32 different countries backing projects on the platform.

German equity crowdfunding platform Companisto starts taking on startups from across Europe
Comments
Follow the developments in the technology world. What would you like us to deliver to you?
All

NEXT
How I sold my company for more than $1 million while pregnant
Editor's note: in light of International Women's Day, we're featuring the personal story of…
Aurélie Pols