There's been a lot of chatter about France supposedly losing their best and brightest entrepreneurs. Why are we focusing on that, while there are tons of great entrepreneurs making the opposite move?
Roxanne Varza 28 March 2014
Share
Facebook Twitter Linkedin

On March 22, the New York Times published an article titled “Au Revoir, Les Entrepreneurs.” I’ll let you guess from the title what the article is about. Yes, yet another article making it out as if all of France’s entrepreneurs were all leaving the country to move elsewhere.

While the article got loads of reactions online, the topic itself is anything but new. Newsweek published an article along the same lines titled “The Fall of France”only a few months prior, which even got a response from the Economy and Finances Minister Pierre Moscovici. There have even been articles in numerous French publications – from Le Monde to Les Echos – going out of their way to talk about those entrepreneurs that are packing up and taking their lives and businesses elsewhere.

As an American who left San Francisco several years ago to come and live in France, the media’s obsession with French entrepreneurs leaving the country leaves me struggling to understand two things.

First, there are many countries that lose tons of brilliant people every year. Why does the media only talk about France? And second, why are journalists only looking at one side of immigration? What about the entrepreneurs that come to France to start their businesses here?

Do they think they somehow don't exist?

One side of the coin

Naturally, many countries - and not just France - lose entrepreneurs every year. This even happens in the US. In fact in 2011, the US began to see a large part of its foreign-entrepreneur population, especially of Chinese and Indian origin, returning home. And as the US entrepreneur visa seemed not to be making much progress, the topic resurfaced in the fall of last year. But the argument isn't only about the visa. Many entrepreneurs also leave the US because they see better opportunities elsewhere. The UK has also struggled to hang on to its entrepreneurs in the past, for various reasons including tax and more attractive funding and exit options.

Other European countries struggling with high unemployment, like Spain or Greece, also lose a lot of entrepreneurs every year.  Even India, China and Israel have seen large portions of their entrepreneurs move abroad. So why all this noise about France?

London has done a truly brilliant job of embracing its foreign entrepreneur population. In fact, many of the well-known entrepreneurs, investors and influencers in London are, in fact, foreigners (or naturalized Brits). A large part of London's best known funds and entrepreneur programs are run by foreigners: Seedcamp, Index Ventures, Google Campus, Silicon Valley Bank, Accel Partners, White Star Capital, Passion Capital and of course numerous startup companies. Better yet, even Tech City UK was previously run by an American businesswoman (Joanna Shields).

Funny enough, France actually also has a number of influential foreign entrepreneurs and investors - but a majority of them seem to be under the radar. Similarly to the UK, many have been naturalized French. In addition, France's integration model is different to that of the UK, making it less likely for foreigners to openly parade their non-French backgrounds.

While many entrepreneurial migrants may often feel that the UK may be a more suitable option because of language, France does also attract a large number of entrepreneurs from North African countries where they also speak French. This was the case of Tunisian Carnet de Mode founder Arbia Smiti or Moroccan MixoTV founder Réda Berrehilli. But there are examples of entrepreneurs coming from the US, Canada, India, Israel, Spain, Italy and more. 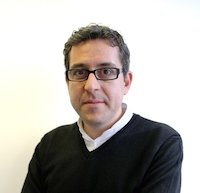 Open source workflow and BPM company Bonitasoft was founded by Miguel Valdés Faura (pictured on the right) in 2001.

Originally from Spain with a degree from a French university, he goes as far as calling France an "innovation paradise" and encourages other Europeans to consider starting a company there.

Today, Bonitasoft has over 125 employees with offices in France and the US.

Like many French companies that expand abroad, R&D is primarily maintained in France because of strong technical talent and advantageous tax credits. Even though Valdés Faura moved to the US in order to launch the American office several years ago, his company has created just shy of 100 jobs in France. With regards to France's current state, he says: "the ecosystem is fragile and needs to be protected and boosted, but in my honest opinion France is one of the best countries in Europe to launch your startup." 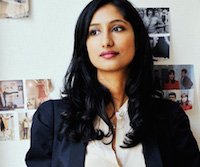 Like Valdés Faura, many of the foreign-entrepreneurs in France hold degrees from French universities or come over to complete higher education - allowing them to gain exposure to the market and the potential skills they need to launch their business. This was the case of VideDressing's American CEO and co-founder Meryl Job (pictured on the left): " "During my years living and working in France, I acquired certain knowledge of the French market."

When discussing why she chose France to start her business, she points to France's vibrant fashion ecosystem and calls it "a mix of opportunity and circumstance."

From day one she and her co-founder had international ambitions, but they found a great local market to begin with: "There’s a strong global demand for French brands, particularly well-established luxury brands but also newer designers. French women are very fashion forward; very in touch with the latest trends.  They tend to renew their wardrobes frequently and have an interesting way of mixing high street brands with more exclusive labels."

France's ecosystem has come a long way in the last few years and the once-rare examples of Bonitasoft and VideDressing are becoming more common. It's also nice to see the French government finally listening and paying attention to the needs of its entrepreneurs.

But why waste time focusing on those that are leaving? The government continually seeks to speak only with those who left - but what about those that are coming?

Now is the time that France should begin embracing its foreign entrepreneur population and seek to attract the best global talent - not just retain its current entrepreneurs at home. And yes, it's going to take more than a mere visa. But once France is able show off its international appeal, it's likely that French entrepreneurs will also think twice before looking abroad.

France should focus on the incoming entrepreneurs and stop obsessing about those leaving
Comments 8
Follow the developments in the technology world. What would you like us to deliver to you?
All

NEXT
Why you should totally subscribe to our weekly newsletter (and our Twitter feed while you're at it)
We're slightly biased, but we think our weekly…
Robin Wauters