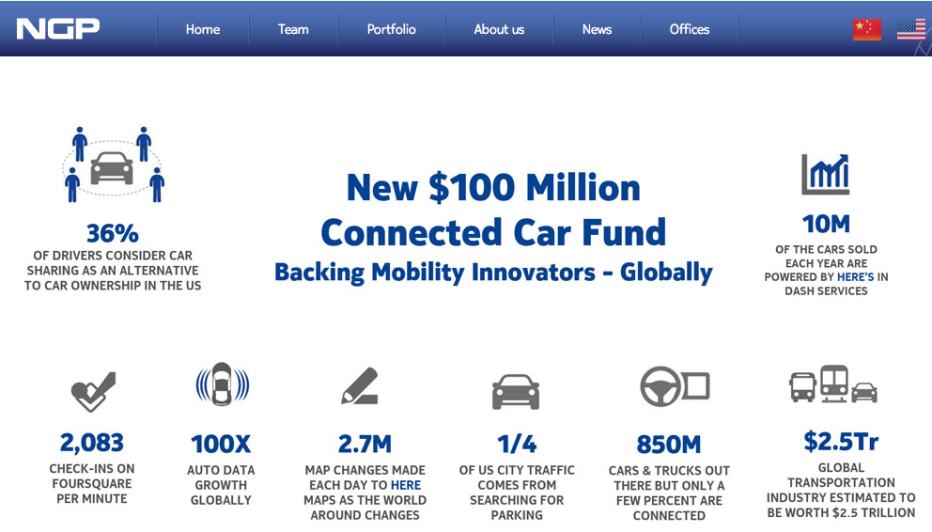 Nokia today announced the launch of a $100 million 'Connected Car' fund in collaboration with its HERE daughter, to be managed by its venture capital arm, Nokia Growth Partners.

Nokia says the new, dedicated fund will "identify and invest in companies whose innovations will be important for a world of connected and intelligent vehicles". In a blog post, HERE points out that Nokia Growth Partners typically invests in 'growth businesses' with previously "established products and services and an already sizeable turnover", so early-stage startups might want to consider that before they contact the company.

Nokia is the only investor in Nokia Growth Partners, which (indepently) manages about $700 million in total after the establishment of this fund. Nokia is rebuilding itself after selling its mobile-phone unit to Microsoft. The Espoo, Finland-based company gets most of its revenue from wireless-network equipment but aims to make its maps business a stronger competitor against rivals including Google and Apple.

We’re seeing innovation that’s happening across the auto ecosystem through the combination of mobility and the Internet. The car is really becoming a platform like when the mobile handset became a smartphone and all the apps and services developed around that.

NGP has been consistently performing well bringing in both new innovation and financial return to Nokia. Our new USD 100 million venture fund launched today further underlines our belief that the connected car is a significant growth opportunity where NGP is poised to make great investments.

Nokia sets up a $100 million fund to invest in 'connected car' startups
Comments
Follow the developments in the technology world. What would you like us to deliver to you?
All

NEXT
The online food ordering category in Europe is heating up fast, and the main battleground is Germany
In case you hadn't noticed, there's renewed…
Robin Wauters