The online art market is booming and it looks like the world of tech and art are inching closer towards each other. Here, we shine a light on a crop of European tech startups tackling this space...
Charmaine Li 08 May 2014
Share
Facebook Twitter Linkedin

The art and tech worlds don't exactly have a well-trodden history of mingling, except for maybe in Berlin.

But with the online art market booming, it looks like the two realms may be reaching a new frontier.

According to a report by Deloitte and ArtTactic published last year, the art world is seeing a shift towards the internet with more than 300 online ventures launched in recent years covering everything from data to social communities and auctions to B2B art transaction platforms.

Buying art online is another growing trend. In a research released by Hiscox group last April, the report saw 71% of art collectors surveyed buying artwork without seeing it in person first but basing their purchase decision on a digital image. So it's no surprise that online art marketplaces are currently a popular space for entrepreneurs and becoming more and more crowded.

With technology in the picture, art is gradually becoming more accessible to the general public, providing artists with more channels to reach buyers and democratizing the art world.

Though most of the huge startup success stories covered in the press hail from the US, such as Art.sy, Paddle8 and UGallery, there's also a growing crop of startups attempting to reconcile the two worlds in Europe.

Here, we highlight 10 exciting European startups (in no particular order) looking to shake up  various aspects of the art sphere...

1) S – "Brings you an art experience for our digital life" 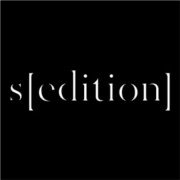 The gist: In 2011, two heavyweights in the British art world – Harry Blain (founder of Blain|Southern) and Robert Norton (former CEO of SaatchiOnline) – launched S, a marketplace for limited edition digital artworks. Digital art available on the platform include works from well-known contemporary artists, such as Jenny Holzer, Wim Wenders and Yoko Ono.

The gist: Launched in 2012, Auctionata aims to offer the complete art auction house experience online – including appraisals to hosting live-stream auctions with its patented technology. Auctionata has received about 37 million euros in total equity capital and funding and broke an online auction record with the sale of Egon Schiele's 'Reclining Woman' (1916) for 1.8 million euros last year. 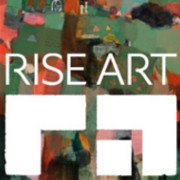 The gist: Rise Art was created in 2010 with the idea of simplifying the process of collecting original art. To use the online platform, you first take an 'art style quiz' that will help Rise Art recommend works catering to your tastes. The company was included in Mashable's list of "Hot London Startups You Need to Watch" last year. 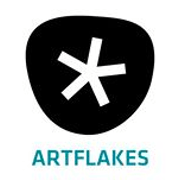 The gist: ARTFLAKES is an online marketplace where users can discover new works, engage with artists as well as buy and sell art prints. The platform claims to have over 620,000 photographs, paintings, graphic designs and illustrations. Since its launch in 2010, ARTFLAKES  has received funding from German VC IBB Beteiligungsgesellschaft.

5) Artsper – "Art needs to belong to everybody" 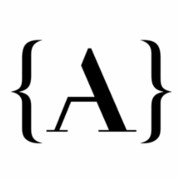 The gist: Founded in 2013, Artsper hopes to make contemporary art accessible to everyone, regardless of whether you're an experienced collector or just starting out. In April, the French startup received its first cash injection of 305,000 euros from a number of business angels, which will be used towards international expansion. 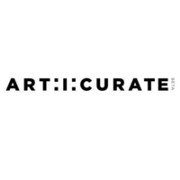 The gist: ART:I:CURATE (apparently rhymes with articulate) was created in March 2013 and bills it self as a platform that helps "organize exhibitions for you and with you". With its slickly designed site and focus on the social aspect, users can discover new artists, collect works, expand their creative network and organize events/exhibitions with artists they follow. 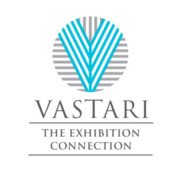 The gist: Currently one of twelve startups backed by the Microsoft Venture Accelerator Program in London, Vastari is an online platform that connects museum curators to private collectors. The idea stems from the need for museums to borrow art works for exhibition from private collections and the desire for collectors to lend their pieces to prestigious museums worldwide. 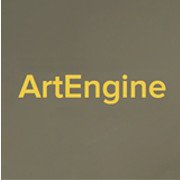 The gist: Launched in March, ArtEngine is a cloud-based inventory management tool targeting artists, collectors and galleries. Users can upload high-res images and artwork information to keep track of the status of their works in real-time. ArtEngine is available on mobile, tablet and web. Pricing plans begin at 10 euros per month. 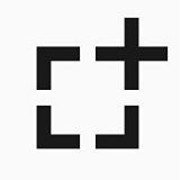 The gist: Works.io is an online platform aiming to help artists manage their portfolio and build their network. Last month, the startup launched out of beta with a tiered pricing plan. More recently, it expanded its service by releasing a gallery management tool and platform for launching/jurying art awards. Works.io participated in Prague-based accelerator program StartupYard last year. 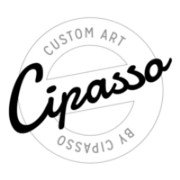 The gist: Cipasso – which is clearly Picasso spelled with a twist – just launched its online platform in beta allowing artists to showcase and sell their work while simultaneously allowing  customers to commission work from artists. It's important to know that while it's free to be featured on Cipasso, the startup takes a 25% commission on sales from artists.

Any up-and-coming European art startups we should know about? Feel free to comment below...

UPDATE: Notable omissions include the following...

How tech is changing the world of art – 10 exciting European art startups to watch for
Comments 9
Follow the developments in the technology world. What would you like us to deliver to you?
All