Google has made an acquisition in Finland, picking up Helsinki\-based software company drawElements, which specializes in computer graphics technologies for the embedded space, for an undisclosed price ArcticStartup says it has narrowed down the price to 8 figures.
Robin Wauters 23 July 2014
Share
Facebook Twitter Linkedin 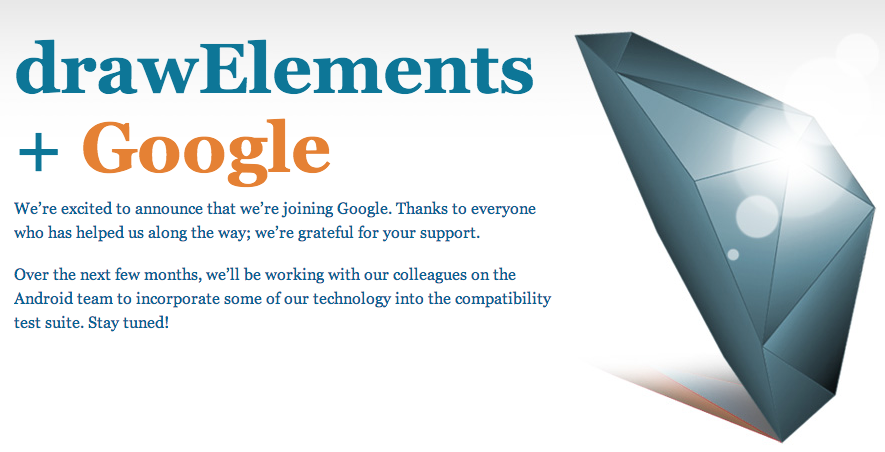 Google has made an acquisition in Finland, picking up Helsinki-based software company drawElements, which specializes in computer graphics technologies for the embedded space, for an undisclosed price (ArcticStartup says it has narrowed down the price to '8 figures').

DrawElement's main product is the drawElements Quality Program (dEQP), a system for benchmarking the accuracy, precision and stability of GPUs and their drivers.

According to a message on the drawElements website, the team will join Google's Android team to incorporate 'some of its technology' into the compatibility test suite.

In other news (depending on how you look at it) Google supposedly took an interest in buying Spotify but balked at the asking price, though the well-informed Kara Swisher says the report is basically bullshit and that there have been no acquisition discussion talks between the companies. Yet.

Google acquires Helsinki-based software company drawElements, doesn't acquire Spotify
Comments
Follow the developments in the technology world. What would you like us to deliver to you?
All

NEXT
A look at the state of entrepreneurship in Spain, Southern Europe and Latin America
Disclosure: The South Summit is a client of…
Alex Barrera