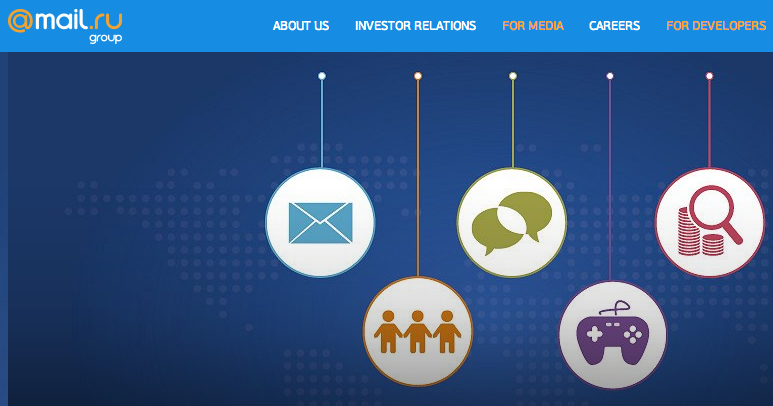 Mail.Ru, one of the largest Internet companies in the Russian-speaking markets, today released unaudited financial results for the first six months of 2014 (H1).

While its H1 2014 revenue grew 21% (and its net profit 26.2%) compared to the same period last year, Mail.Ru chairman and CEO Dmitry Grishin in a statement noted that "the underlying economic and geo-political environment" has had a massive impact on its earnings.

As a result of this slowing demand and a decline of its 'Headhunter' business, Mail.Ru has cut its sales forecast for the year, now anticipating full-year 2014 revenues to grow between 14% and 18% instead of up to 24% growth as the Russian online communications and entertainment juggernaut had projected earlier. Its stock price dropped 12 percent this morning in London.

Russian Internet giant Mail.Ru cuts sales growth forecast as advertising revenue takes a nosedive
Comments
Follow the developments in the technology world. What would you like us to deliver to you?
All

NEXT
Holtzbrinck Ventures exchanges its stakes in 7 Rocket Internet startups for a direct 2.5% stake in the incubator itself
There we go again: German tech startup…
Robin Wauters