An acquired taste: How The Food Assembly builds bridges between local farmers and the people who buy their food

The Food Assembly has developed a new way of sourcing and selling local food from farmers and foodmakers, thanks to a heavy dose of technology. Now they're poised to expand across Europe.
Charmaine Li 11 September 2014
Share
Facebook Twitter Linkedin

Walk into your local supermarket and you might see shelves lined with bags of pre-washed lettuce, a mini-mountain of ripe avocados from Peru, or baskets of strawberries from Germany neatly displayed side-by-side.

Often, there will also be equivocal signs scribbled with ‘100% local’ or ‘fresh from the farm’ tacked on a wall nearby, but when it comes down to it, how much do we really know about where our food comes from?

For many urbanites, the most information we get about the produce we buy typically comes in the form of where it was grown, if we’re lucky.

But there’s something to be said about the connection between learning about where/how food is produced and truly valuing what we eat as well as the work that goes behind it.

Founded in 2010 by Guilhem Chéron and Marc-David Choukroun, The Food Assembly is an online platform aiming to strengthen the relationship between local producers and consumers through organized pop-up markets, called ‘Food Assemblies’.

The idea is to offer a more independent and efficient way of distributing food locally, which focuses on direct sales and fair prices, promoting interaction between consumers and producers as well as connecting the community through food.

“There’s a big rejection of the classical system used by supermarkets, where most of the farmers lose connection and control of pricing. With our system, they define the pricing and strategy themselves,” said The Food Assembly co-founder and CEO Choukroun, in an interview with tech.eu in Berlin.

The Food Assembly team was in the German capital last week for a meet-up with its country managers and gathered at a trendy co-working space that seemed to mirror the Paris-headquartered startup’s own values.

Since launching its first Food Assembly in September 2011 near Toulouse, in south western France, Choukroun told me the network has grown to more than 500 assemblies in the country with more than 3,000 farmers delivering to communities.

In France, the service – which has been described as a hybrid form of farmer’s market and buying group – is known as La Ruche Qui Dit Oui (meaning ‘the hive that says yes’).

The startup is also operating in Belgium and recently launched in Germany, Spain and the UK.

The recipe to starting a Food Assembly

Each assembly is organized by an individual or group that signs up to be an ‘Assembly Leader’, who is responsible for finding a venue, contacting producers within a 150-mile radius to join the initiative and maintaining a local page connected to the startup’s main website. 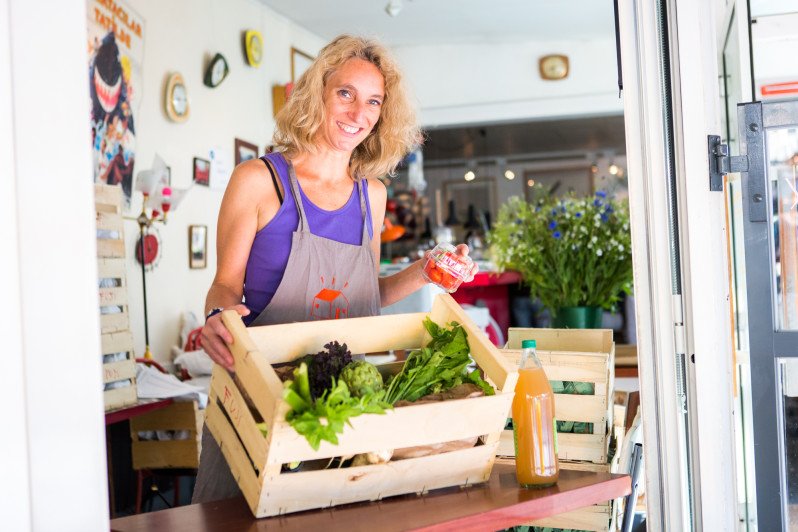 A selection of locally sourced products are published on the page each week alongside prices set by the producers. Community members then have the opportunity to place an order within a six-day period, pay for the produce online and collect their goods from the venue.

Clearly, Assembly Leaders play a big role in The Food Assembly’s momentum so it’s important to keep people motivated to sign up, especially since the startup estimates that managing an Assembly takes from 10 to 15 hours of work per week. The role does come with a small commission-based remuneration, though.

“People don’t do it mainly for the money, they do it because they are looking for some additional, part-time activity that can help boost their local economy, support farmers, and bring better produce to their community,” said Choukroun.

Both Assembly Leaders and local producers are reviewed by The Food Assembly before participating on the platform.

At the weekly pop-up market, the assembly leaders, farmers and community members (the people who bought the food) all meet at the venue during a two-hour window to meet, collect food and maybe even share a story or two.

Though some may be skeptical of the idea of farmers going online, Choukroun claimed that farmers were indeed going online, especially the younger generation of producers who were looking for a more direct way of doing commerce with consumers.

For farmers and foodmakers, The Food Assembly offers online tools to help them set up a personalized shop, define fair prices and payment methods, keep track of accounting and customer analytics, among other things.

Technology plays an unexpectedly huge role in the company's business.

To wit, all of the startup's online tools are built in-house and more than a quarter of The Food Assembly's now 40-person team works on the tech side.

"Last year, we decided to reengineer our entire platform from scratch because we were still relying on our MVP, which is pretty classic for a startup," Choukroun told me. "It’s a very advanced platform and based on two years of development." 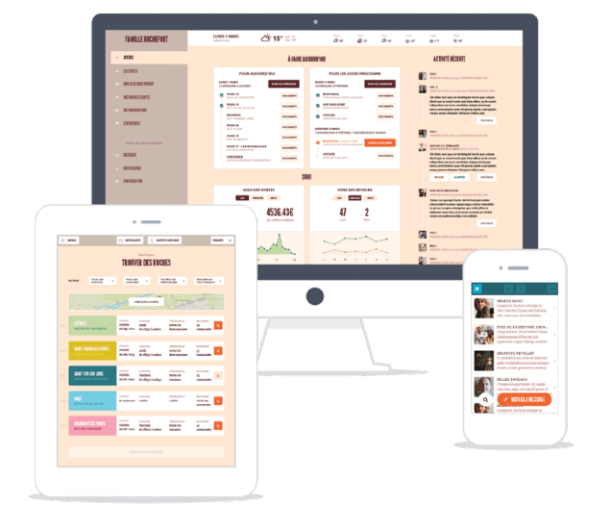 “When you manage everything yourself and you’re in direct contact with your consumers, then you give more respect again in what you grow,” he added.

“We also saw that some farmers, who were not 100% organic, began to look for ways to grow better because they met the people. The sharing aspect really changes everything in the way people interact. They are not in contact with big corporations, they’re in contact with local communities – which is very different.”

It's an admirable vision, but if The Food Assembly wants to truly make a dent in the food distribution realm, the startup will undoubtedly need to reach more members and local producers in order to really scale its platform.

One thing it does have though, unlike many startups, is a business model.

Farmers and foodmakers who use the service pay a service charge equivalent to 16.7% of their pre-tax turnover. Half of the charge goes to compensating the Assembly Leader (8.35%) and the other half (8.35%) goes to the startup in order to maintain/develop the Internet platform. The startup emphasizes its advantage of direct sales (aka no middlemen to share profits with).

The Food Assembly reported that in 2013 local producers had an accumulated turnover of €7,439,475 and Assembly Leaders, as well as the startup itself, saw a total of €743,974 in turnover.

To date, the startup has received about €3 million in financing – it secured €1.5 million in venture capital and recently announced it took €1.5 million in debt equity from Caisse Des Dépôts, Paris Initiative Enterprise and BNP Paribas.

So where does Choukroun see the company in a year's time?

"I hope our platform will be working great in new markets. It’s gonna be very different because we’re not going to be a French company anymore, we’re going to be a European company."

An acquired taste: How The Food Assembly builds bridges between local farmers and the people who buy their food
Comments 1
Follow the developments in the technology world. What would you like us to deliver to you?
All

NEXT
Spanish online travel agency eDreams Odigeo gets a rude awakening from its IPO dream as shares plummet 75% in 5 months
A few months ago, we reported on the…
Alex Barrera