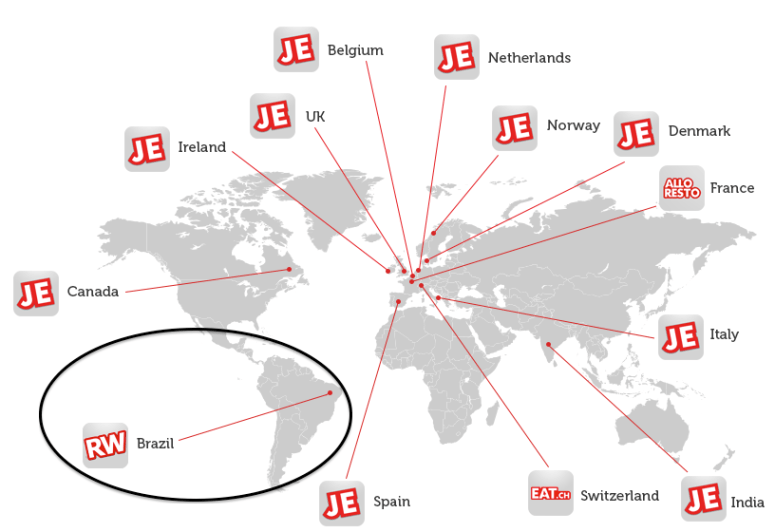 As part of the merger agreement, JUST EAT will also make a cash investment of £3.5 million into iFood for future expansion of the business. The combined entity will employ more than 150 employees and encompass more than 4,000 restaurants across 60 Brazilian cities.

In a prepped statement, Movile is said to have helped iFood "grow revenue seven-fold" in one year, but the sales figures were not disclosed in detail. To give you an idea of the size, though, the combined business of iFood and RestauranteWeb is projected to generate about 100 million orders and over $400 million for partner restaurants next year.

Following the transaction, the business will be 25% owned by JUST EAT, 24.98% by the iFood founders and 50.02% by Movile, which has close ties with Naspers, the South African e-commerce and media juggernaut.

JUST EAT turns up the online food ordering heat in Latin America with iFood merger in Brazil
Comments
Follow the developments in the technology world. What would you like us to deliver to you?
All