A look inside Eyeo, the company behind ad-blocking software phenomenon Adblock Plus

tech.eu was recently in Cologne and paid a visit to the offices of Eyeo, a relatively unknown Internet startup that's behind the browser extension everyone knows: Adblock Plus.
Robin Wauters 24 September 2014
Share
Facebook Twitter Linkedin

“This may actually be the first time a reporter has ever visited our offices,” Eyeo’s PR director Ben Williams tells me. His eyes shift into the direction of the company’s CEO, Till Faida, in search of confirmation. Faida nods and says visits, in general, are rare.

I’m standing on the terrace of the upper floor of a non-descript building in the center of Cologne (see photos below). Surprisingly and unbeknownst to many – even the majority of its most avid users – it is here that the single most popular browser plug-in ever made is developed.

The extension in question is called Adblock Plus, and it’s essentially a browser plug-in that enables users to, well, block ads. 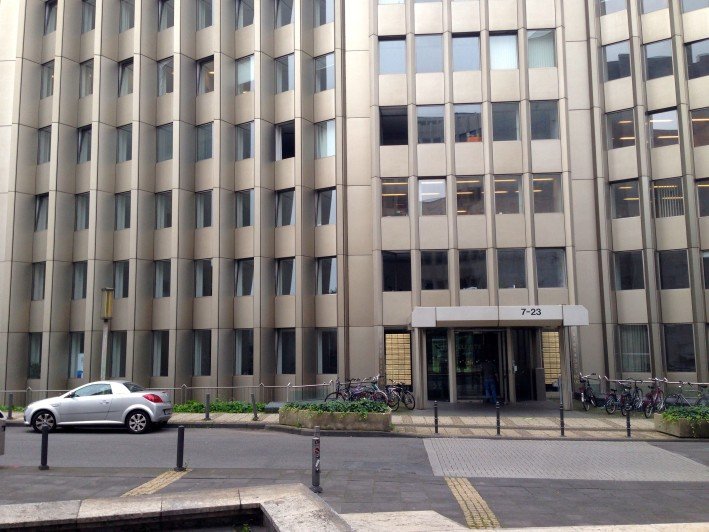 People, it turns out, dislike the traditional online ads they get served when browsing websites and social networks. More than 60 million users are surfing with Adblock Plus – not to be confused with AdBlock – to prevent intrusive and oft-irrelevant ads from appearing, rather than simply accepting them as a fact of Internet life.

A report released earlier this month suggests that more Internet users block ads than ever before. As of June 2014, nearly 150 million browsers have some kind of ad-blocking tool installed, according to research from PageFair and Adobe. And oftentimes, that tool is Adblock Plus.

Available for Firefox, Chrome, Safari and Internet Explorer, the browser extension that many simply refer to as 'ABP' has been downloaded more than 300 million times to date. 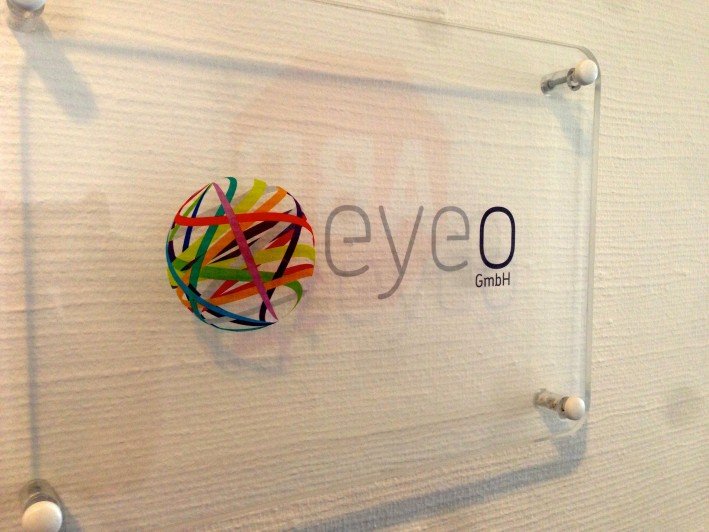 What few people know, however, is that the popular browser extension is not just some hobby project from a lone developer with an aversion for blinking banners, skyscrapers and whatnot. In fact, it's the core product of a three-year-old for-profit company based in the fourth-largest city in Germany.

The thing is, for many years Adblock Plus was the work of a single coder, Wladimir Palant, until the project utterly outgrew the man.

Today, Eyeo is about 30 employees strong with a reliance on hundreds of contributors to the open-source project. In a year or so, the company plans to have about 50 full-time staff.

Nothing exemplifies Adblock Plus' transition from open-source project to core product of a for-profit company better than the 'core values' sign hanging on the wall of Eyeo's offices.

Williams almost seems embarrassed about the fact that it exists, but notes that it shows what the company genuinely stands for, haters be damned. 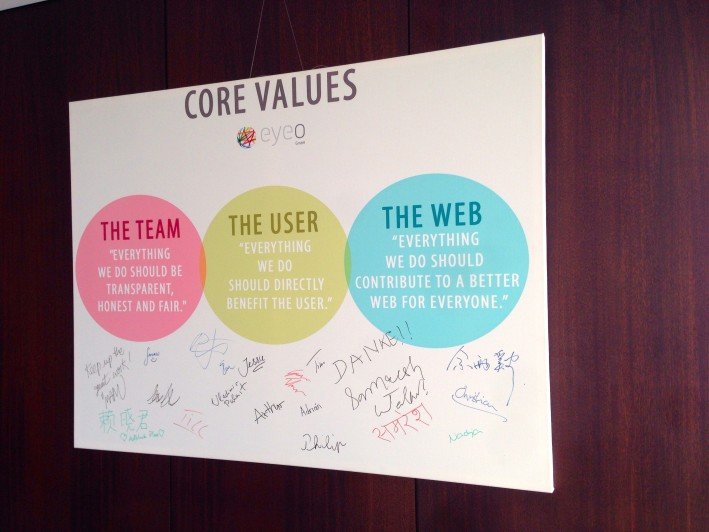 And haters there are. Despite the sign, Eyeo seems to be one of the coolest startups to work for in the Cologne-Bonn region, but, as you can imagine, the company isn't without its detractors.

Chief among them are publishers and ad industry reps, who are missing out on digital revenue because of the ever-growing popularity of Eyeo's (free) software and tools.

One vocal critic is Sascha Pallenberg, a German technology blogger who resides in Taiwan. Last year, Pallenberg published a series of articles scorning some of the decisions made by the team behind Adblock Plus, essentially likening Eyeo to an organized crime organisation. Faida subsequently publicly called him out as a liar.

Mud-slinging aside, I wondered what was Pallenberg's main criticism towards Eyeo.

In a recent email conversation, he told me he considers Eyeo not as an ad-blocking software maker but an ad network in disguise. The tech blogger, who reckons Adblock Plus has cost him over $1 million in revenue in the past 4-5 years, sees the tool as a veritable threat for the ecosystem that has formed around content that comes free but with ads.

Pallenberg has a point about the fact that Eyeo's business model actually relies very heavily on the ad industry it has largely turned into an enemy in recent years. We'll get to that in a minute, but it's important to note that Pallenberg is far from the only one painting a bad picture of Eyeo.

German media also tend to report on Adblock Plus with a constant negative undertone, Williams recognises as we discuss the relationship between Eyeo and local publishers, although he's quick to add that the conversations seem to be getting less heated lately. 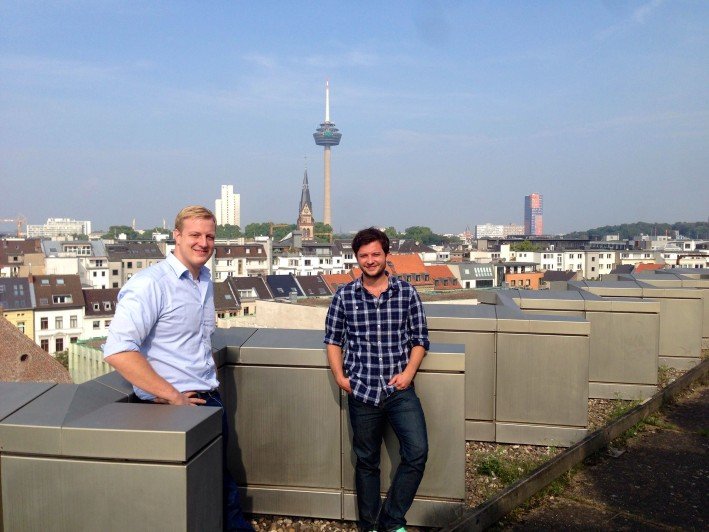 Standing on the terrace, which offers an amazing view of Cologne, Eyeo CEO Till Faida tells me he’s proud that the team is able to take on so many giants in the advertising industry, but that they aren't out to erode publishers' revenue from ads placed alongside (and sometimes on top of) content.

Rather, Faida opines (also see this video interview), users want to be in control of their experience, and it's the ad industry's fault for making them want to block their unwanted 'annoying' ads.

This isn't surprising – it's hard to imagine the average Internet user being a vocal supporter of oft-misleading and intrusive advertising units, particularly pop-ups and interstitials.

Yet, you can see why many in the ad and online publishing industry have developed a profound hatred for Adblock Plus, because users aren't supposed to be able to opt out of the ads.

Ironically, Faida and his team regularly meet with people from the ad industry to talk business and explain to them how they can create 'acceptable ads'. As it turns out, that happens to be the way Eyeo makes money: Large companies who serve ads that comply with Eyeo’s 'acceptable ads' criteria can cough up cash to be put on a whitelist. That doesn't necessarily mean Adblock Plus users won't be able to block their ads, but they are shown by default.

Faida emphasises that only large companies pay and claims that 90% of the companies on the current whitelist don't pay for the privilege.

Wondering about what Eyeo considers 'acceptable advertising'? Well, the definition is still a work-in-progress, but generally shunned are non-static ads sporting any type of animation, ads that obscure content, ads that aren't clearly marked as such and ads that – ambiguously – feature 'attention-grabbing imagery'. 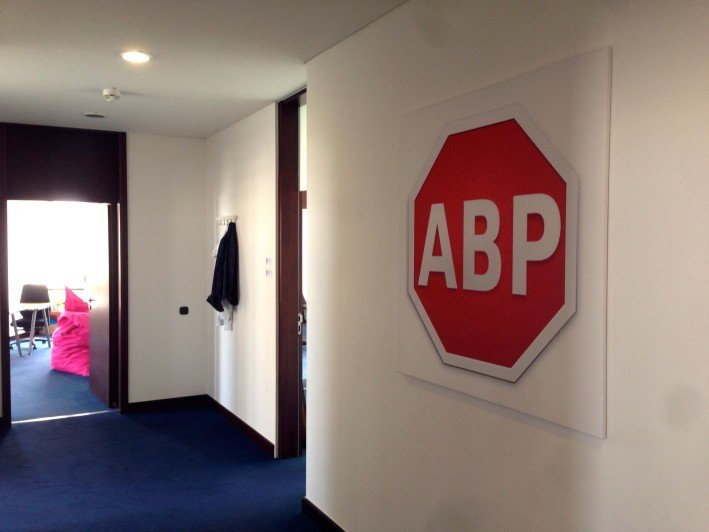 Eyeo hasn't raised any institutional funding to date to support its growth. Faida tells me the average investment firm would never back a venture like Eyeo anyway – because the company cares too much about getting it right and remaining an open-source project first and foremost, he says.

As a matter of fact, Faida claims the company has foregone many revenue opportunities in the past in order to focus on its mission to 'make the Web a better place for its users' instead.

While that may be the case, the company did get some initial capital to kickstart its commercial operations and expand the core product to more platforms. Amusingly, the first time the company acknowledged raising a funding round from a mysterious angel investor more than four years ago, I was the one writing up the news for TechCrunch.

Since then, it has emerged that the angel investor and continued supporter was Tim Schumacher, a well-known German Internet entrepreneur and angel investor. Ironically, Schumacher is best known for starting domain marketplace Sedo, which was acquired by United Internet in 2005.

That would be the same United Internet that has launched a lawsuit against the makers of Adblock Plus, and whose subsidiaries were recently caught trying to trick their users into uninstalling the popular browser plug-in under false pretenses.

There isn't much information on said legal proceedings, and both sides are keeping mum about it as the case is ongoing, but the irony here is decidedly strong. 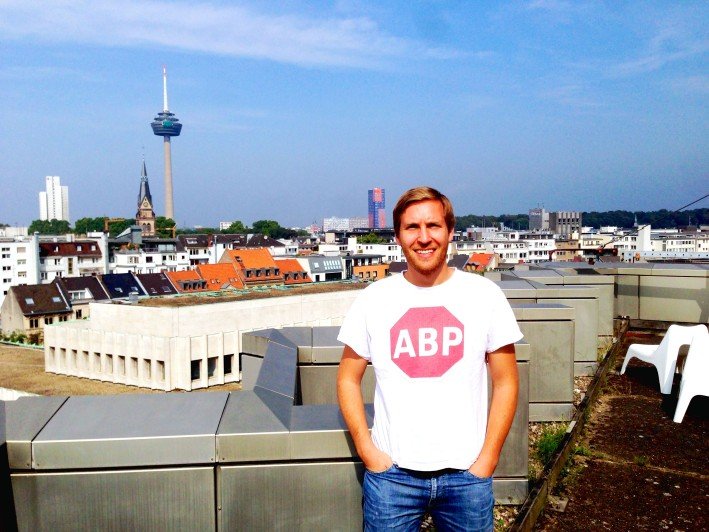 I met with Schumacher at the Eyeo offices, where he spends a lot of his time working. More than merely an angel investor, the affable entrepreneur plays a hands-on role in the continued growth of Adblock Plus, aided by his extensive knowledge of, and network within, the global ad industry.

Schumacher concurs with me – as does Faida – when I posit that the accelerating shift of media consumption from desktop to mobile platforms will prove to be the biggest potential curb on Adblock Plus's future growth.

One long-time mobile advertising industry insider believes that the lack of a smartphone product (or at least one that can be easily found on the popular app stores) will make even Eyeo/Adblock Plus completely irrelevant in a few years time.

That is the opinion of Russell Buckley – a self-described "mobsessed" mobile ad industry vet that helped start Admob gain a foothold in Europe prior to its acquisition by Google. Buckley also helped market a location-based mobile marketing startup as far back as 2000.

Buckley posits that, even if Adblock Plus should find a way to become as popular on mobile platforms as it has become on desktops, the environment is completely different and that it's not simply a case of porting over the product.

"I thought the worst cases of interruptive advertising on the desktop had died out some time ago; at least anecdotally it's been years since I've seen a pop-up ad and I don't have a blocker installed. Even if that's not the case, on mobile the equivalent of interstitials are actually not disliked by users like they are on the desktop browser – in fact, they are actually liked," Buckley adds.

Time will tell whether Adblock Plus will continue to thrive and be able to build upon the popularity of its free software to come up with a sustainable business model - preferably one that doesn't piss off the majority of its users enough to switch to any of the other free ad-blocking tools out there.

Either way, there will certainly be more than one awkward conversation about business between the people behind Adblock Plus and the ones who've lost out on a revenue because of its existence in the coming years. 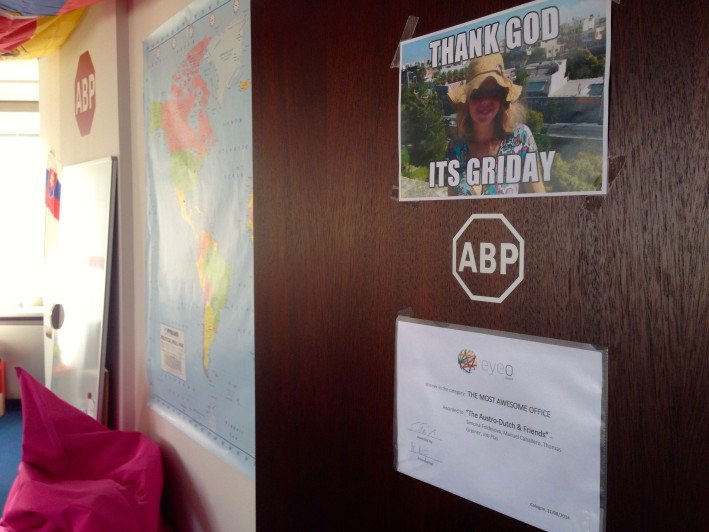 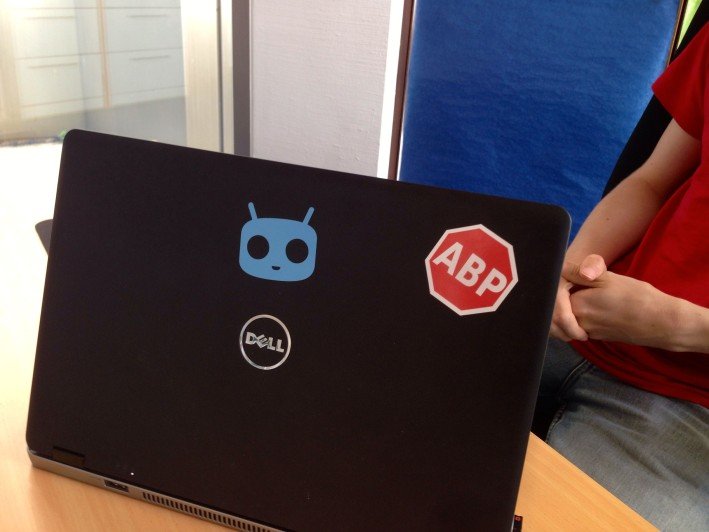 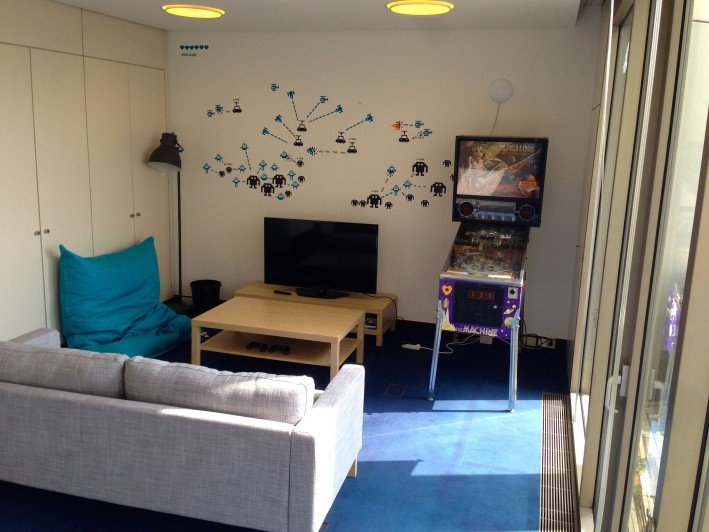 A look inside Eyeo, the company behind ad-blocking software phenomenon Adblock Plus
Comments
Follow the developments in the technology world. What would you like us to deliver to you?
All

NEXT
Adblock Plus CEO: 'Ads are vital to the online ecosystem, but users always desire control' (Interview)
tech.eu was recently in Cologne and paid a…
Robin Wauters