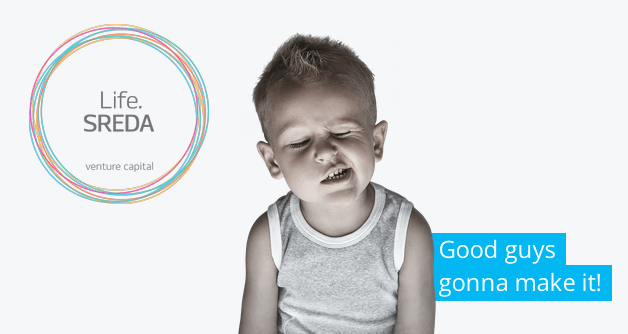 Moscow-based VC firm Life.SREDA, who claim to be 'good guys who are going to make it', has raised $20 million from existing shareholders for what should eventually become a $100 million fund.

The fund, Life.SREDA's second, will serve to invest cash in 'mature' mobile and online fintech startups from around the world, but particularly in the United States and Europe.

Life.SREDA boasts investments in online bank Simple (acquired by BBVA for $117 million earlier this year), mobile payment startup SumUp, fintech holding company Anthemis Group and Instabank, among others. The firm has deployed over $40 million in capital for fintech startups to date.

Approximately 10% of the fresh funding will be allocated to Russian projects, Life.SREDA says, and the average check for each investment is expected to be in the range of $5 million to $10 million.

The VC firm, which was founded two years ago, says it is currently in fundraising talks with several large banks and telecom operators, with an increasing interest in Chinese, Hong Kong and Singapore bank investments.

Fintech is certainly a hot space for investments right now: Santander recently launched a $100 million fintech-dedicated fund, and there's another one of similar size brewing in Russia.

The amount invested in fintech venture deals in Europe in the first six months of the year has already more than doubled what was raised in 2013, according to figures from data provider Pitchbook, but mid-size firms might be stuck in a funding gap, the Wall Street Journal recently reported.

Russian VC Life.SREDA doubles down on fintech startups with new $100 million fund
Comments
Follow the developments in the technology world. What would you like us to deliver to you?
All