There's a new conference in town. By conference, we mean the EU Tech Summit, and by town, we mean Monaco. tech.eu is partnering with the organisers to turn the first edition into a success.
Robin Wauters 28 November 2014
Share
Facebook Twitter Linkedin

Would you like to pay a visit to the pretty little micro-state that is Monaco? Well of course you do, but now we're giving you a reason aside from the opportunity to spend your hard-earned money at the Monte Carlo Casino and strolling the esplanades.

tech.eu is partnering with a brand new event called the EU Tech Summit, which will be held in Monaco on 27 and 28 January 2015 in the uber-prestigious Hôtel Hermitage Monte-Carlo.

Speakers are continuously being added to the program, but on the list so far you can find me in between Archduke Georg von Habsburg and Jean-François Groff, a Web pioneer who contributed to defining the HTTP protocol and the HTML language with Tim Berners-Lee at CERN.

Slightly intimidating to say the least.

What to expect: talks from technologists and business leaders from around the world, interesting roundtables on the European tech industry and plenty of networking opportunities.

Pricing varies based on whether how quickly you decide and whether you want a hotel room and/or gala dinner included etc., but you can book tickets at the bottom of this page.

Genuinely hope to see you there!

Also: check out our EU tech events calendar and learn how you can partner with tech.eu. 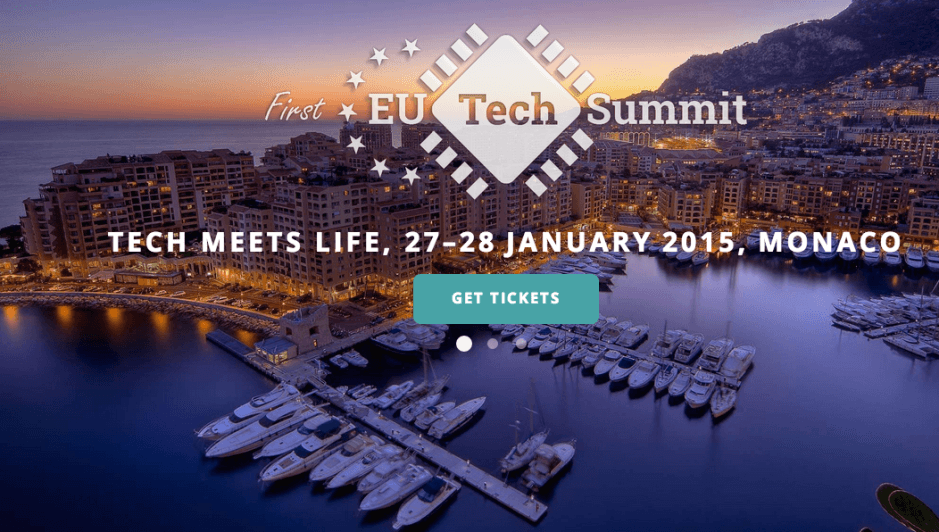 tech.eu partners with the EU Tech Summit (27-28 January - Monaco)
Comments
Follow the developments in the technology world. What would you like us to deliver to you?
All

NEXT
A look at Europe's top startup countries: the good, the bad and the ugly
(Editor's note: this article was written by tech.eu in connection with a partnership with the…
Robin Wauters