As part of our new weekly 'Startup Spotlight' series featuring interesting but mostly-below-the-radar European startups, we give you an interview with Vivian Chan, founder and CEO of UK-based Sparrho.
Robin Wauters 06 March 2015
Share
Facebook Twitter Linkedin

We kicked off the 'Startup Spotlight' series with an interview with Marko Guček, founder and CEO of GoOpti, and now we'd like you to meet Vivian Chan, who co-founded and leads Cambridge, UK-based Sparrho.

Sparrho has built technology capable of aggregating, analysing and ultimately recommending relevant scientific content to its users. Chan and co started the company after realising how massively difficult finding the right scientific content can be - and discovered that itch needed scratching elsewhere too.

tech.eu: How could you best describe Sparrho and what you're trying to achieve in just a few lines?

Vivian Chan: Sparrho takes the pain out of staying up to date in Science. Sparrho is your discovery engine for all things scientific - aggregating millions of the latest journal articles, patents, videos, grants and more. By distilling this into newsfeeds, Sparrho is the first technology that allows the user to browse varied scientific content while also personalising it to a level that suits them.

What's the killer feature / magic sauce i.e. the one thing that differentiates you the most from your competitors, in your view?

Our magic sauce is a combination of:

1. Letting our users indicate what they like and don’t like (by clicking relevant/irrelevant buttons). This feeds into our in-house machine learning recommendation engine.

Where and how did the idea for a recommendation engine for scientific information come about?

I found it hard to stay up to date when I was doing my PhD but I was lucky enough to have a postdoctoral researcher in my lab, Steve, who read several key journals each morning. He knew what everyone was working on, so was able to recommend interesting papers beyond what we would normally find using traditional keyword search.

Search engines are great when you know exactly what you’re looking for but not for staying on top of the most recent activities. When I realised my other PhD friends didn’t have a Steve to help them out - I realised I had a solution to a massive problem and decided to digitally scale up Steve => Sparrho. 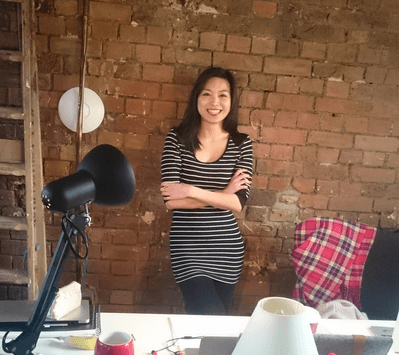 How did you meet your co-founder(s) and what were (most of you) up to before starting Sparrho?

I met my co-founder Niluka (Nilu) Satharasinghe in Entrepreneur First, when I finished my PhD. We were part of the inaugural cohort and he was my python teacher. Nilu already had 3 startups under his belt and a strong background in machine learning.

The rest of the team are all ex-scientists who experienced the same pain and wanted to be part of the solution. What is great is that despite being all former scientists, we have such diverse skillsets (everything from aerospace engineering, tsunami defences, computer vision, flexible electronics to marketing, venture capital, banking, and startups) which makes work super fun every day.

I did have to bootstrap my way around before we raised a six figure Angel round in July 2013. We’ve also raised additional capital on the convertible equity structure (similar to YC’s SAFE model) and there’s further interest from institutional investors for another round later this year.

Exciting year for us!

Staying up to date in science is a problem that goes beyond just individual scientists. There are new discoveries published every day and with more than 55 million scientific sources out there, so much is lost in the noise. 1.7% of global GDP originates from scientific R&D - and a good proportion comes from industry.

So being able to streamline this for organisations will save businesses millions lost in search inefficiencies.

What's the company's plan for the next 3 to 6 months? (expansion, adding markets/languages, new features?) And what do you hope to have achieve in 12-18 months?

2015 is going to be an exciting year for Sparrho. We’ll be focusing on two key areas - growing our content (today at 16M+ items) and global user base (60+ countries already). 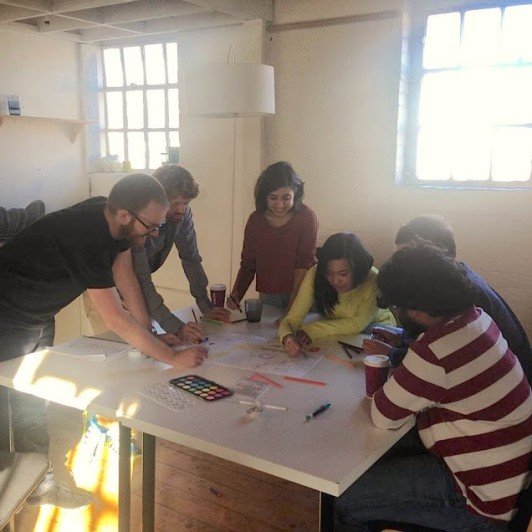 We’re already finding diverse users on the platform including patent attorneys, conference organisers, tech consultants/investors, and we’ll be looking to extend this to allow anyone and everyone who wants to discover the latest in science.

What are your thoughts on your local ecosystem (funding landscape, government support, cost of living/starting up, etc)?

Science is an industry that is ready to be disrupted and using tech as an enabling platform might provide solutions. I’d love to see more tech startups in this scientific space that not only will drive future innovations but bridge the gap between complex scientific research and the general public.

It’s thriving more than ever before, and it’s great to see increased support from EU governments, industries and private organisations that want to strongly underpin the startup ecosystem. This needs to continue happening to ensure the ecosystem remains globally competitive.

Wanting to set up Sparrho as quickly as possible - being completely committed to one thing and one thing alone. This I’m sure seems to be a common decision among startup founders and a problem which many entrepreneurs encounter. I’ve have to manually insert breaks and social/family times in my calendar to ensure I don’t burn out.

I also noticed that being bombarded with daily tasks was inhibiting my creative thinking, which is so crucial to the strategic part as a CEO.

Yes! Our Head of Engineering has already done this with his dog Cypher. An office dog is something that I think only benefits the office (luckily no one is allergic to dogs). There is a lot of research (of course!) behind the de-stressing effect that animals can have. 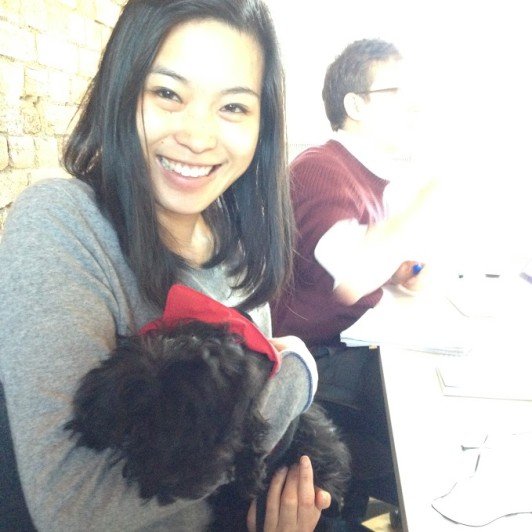 I’ve heard that in Cambridge there were days around exam time where puppies were brought in to help students calm their nerves and lift their spirits. I think being able to book out the office dog for a walking-meeting would be awesome!

Why choose one when you can be mobile! We’ve always joked about following the sun so maybe its worth stimulating the team by doing startup exchanges around Europe - drop us a line or tweet at us if you’re up for this!

Startup Spotlight: Q&A with Vivian Chan, founder of scientific info recommendation engine Sparrho
Comments
Follow the developments in the technology world. What would you like us to deliver to you?
All

NEXT
Tech and society: A glimpse into European digital innovators tackling social issues (report)
A recent report by Nesta and commissioned by…
Charmaine Li