Rocket Internet's 'Global Fashion Group' gains an Amazon exec as CEO, a CFO and another €32m in funding

The Global Fashion Group, which is the generic name of the 7-month old holding company comprised of five of Rocket Internet's fashion e-commerce companies (Dafiti, Lamoda, Jabong, Zalora and Namshi) targeting emerging markets, has announced that it has raised 32 million euros in further funding from Tengelmann Ventures and Verlinvest.

The news comes as Rocket and Swedish investment firm Kinnevik complete the merger of the fashion e-commerce ventures. The fresh capital was injected at the same valuation as the merger, which took place in the beginning of September 2014, implying a post-money valuation of 2.8 billion euros. 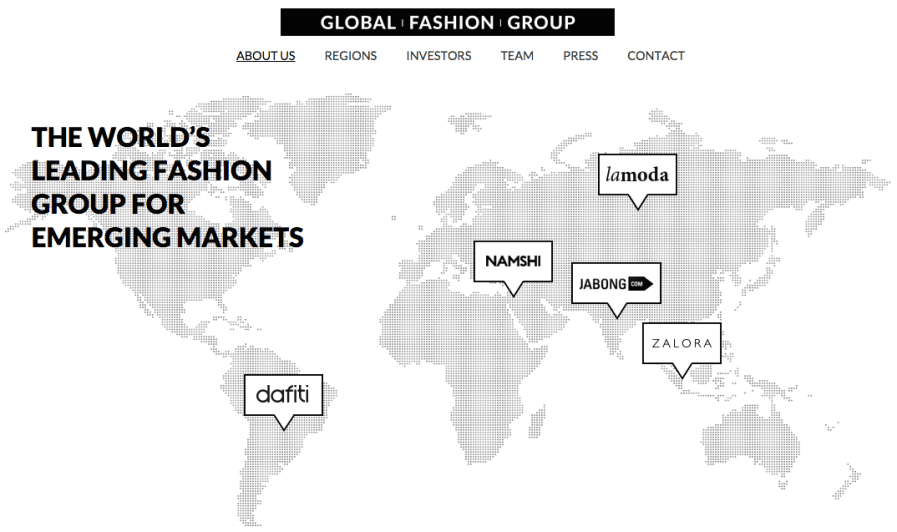 In addition, the group has announced the appointment of two senior executives.

Most notably, Global Fashion Group has placed Romain Voog (43) at the helm of the company. Voog joins the holding as chief executive officer after a 7-year stint at Amazon, where he most recently served as the company's President and Managing Director for France. Prior to Amazon, he spent 6 years at Carrefour in various leadership roles and is a former strategy consultant from Boston Consulting Group and Bain & Company in Europe and in Asia.

Nils Christin (34) has been appointed as Global Fashion Group's CFO, after serving in a similar capacity at Lamoda in Moscow for the past two years. Prior to his role at Lamoda, Nils was a private equity investor at Morgan Stanley Private Equity.

Rocket Internet's 'Global Fashion Group' gains an Amazon exec as CEO, a CFO and another €32m in funding
Comments
Follow the developments in the technology world. What would you like us to deliver to you?
All

NEXT
Keeping tabs on Vivaldi Technologies, the startup that wants to give your browser a boost
For many years, Jon von Tetzchner, who…
Charmaine Li